The "bitch" we come to love: Summer's "O.C." evolution taught me to appreciate this kind of TV heroine

On TV, over time, we get to know—and come to adore—women we might write off as "unlikable" in real life 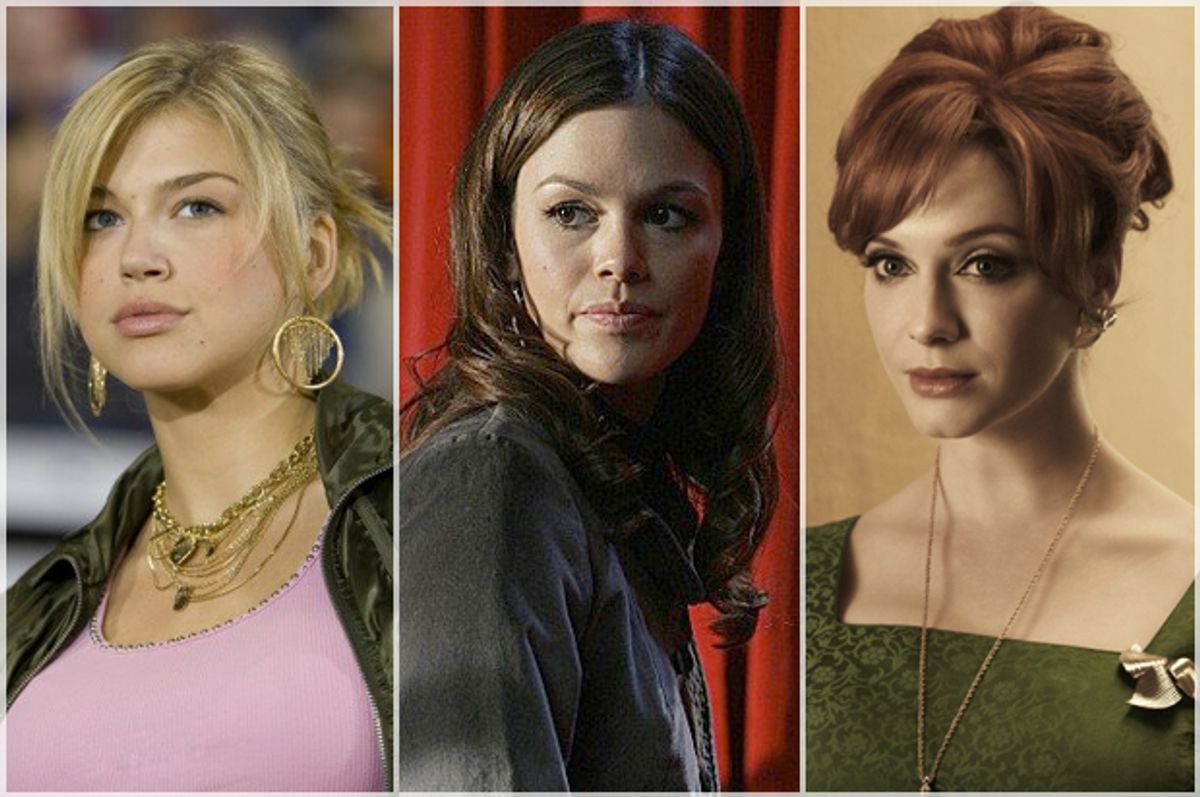 This week, the Internet let out a collective squee upon learning that the early-aughts phenomenon "The O.C." would soon be coming to Hulu. Having just relived the entire series, which is currently available for streaming on CW Seed, I must say that binge-watching from the vantage place of early adulthood reaffirms what we always suspected as teenagers. Namely: Marissa Cooper really sucks.

My strong reaction isn't merely because I have increasingly limited tolerance for the poor little rich girl shtick, though that alone is certainly enough to drive a person mad. Instead, watching episodes of the show back-to-back rather than week-to-week drives home her tiresome pattern. Time and time again, Marissa spirals out of control the moment something doesn't go precisely according to her unrealistic expectations or ill-conceived plans. She then turns to the show's ostensible protagonist, on and off again beau Ryan Atwood, to rescue her, consequences for him be damned. The damsel in distress bit grows wearisome even for other characters. Ryan's adoptive father encourages him to be less self-sacrificing, his mother to pursue girls who are grounded rather than ones who needed to be saved. Toward the end of our tragic heroine's final act, her self-destructive habits even begin to grate on her best friend, Summer Roberts.

Summer begins the series as a beautiful bimbo, one who was meant to last only a few episodes but was so popular among viewers and showrunners alike that she'd eventually become the true heart of "The O.C.," playing a vital role in the final, Marissa-less season. Initially, Summer serves as something of a comic foil for Marissa and a flat, but well-endowed, conquest for outcast Seth Cohen, who's idolized her from afar. But she eventually becomes much more. Summer is indeed a bitch, which in teen-drama land largely means that she lacks any self-effacing pretense. She is hot and popular, and expects to be treated accordingly. Even her insecurities manifest themselves as confidence. When she gets together with Seth she pretends to be ashamed of him. It's eventually revealed that she fears she'll suffer the fate writers had initially intended for her: that Seth will cast her off as one-dimensional and move on.

Every time we catch a glimpse of Summer's back story, the contrast with counterpart Marissa grows even more stark. Unlike her ever-so-fragile friend, who has to constantly be shielded from the realities of life to avoid yet another meltdown, Summer embodies a casual resilience. We learn that her only maternal figure is her drug-addicted stepmother through one-liners presented for comic relief. Yet she still serves as a support system for her father when his marriage falls apart, and when he seeks solace with Marissa's mother. Marissa reacts to the new relationship typically, experimenting with hard drugs, and cutting class to get drunk with her new boyfriend, a troubled teen who eventually causes the car accident that kills her.

In the episodes preceding Marissa's death, Summer's cheerfulness helps save the relationship Marissa's cruel disregard for her mother almost ruins, and together their tough love is enough to lure her home. In the episodes following it, though she too is mourning the loss of her dear friend, she is a pillar of strength, returning home from college to help contain the damage of Marissa's passing. Her own coping mechanism -- hurling herself into environmental activism -- is a far healthier and more productive one than Marissa's propensity for substance abuse, and her passion for the cause outlasts her grieving period.

Summer is not the only one who takes on a role of advocacy. In a sense, the show's writers did as well. They managed to avoid a common misstep of other teen shows of the era, which romanticized, and even sexualized, trauma. Marissa has problems, to be sure, but Ryan, who plays the role of white knight for too many episodes, also has those problems, and lots of other ones, too. He merely chooses to take a proactive and steadfast approach to bettering his circumstances rather than dwelling on his misfortunes. Marissa's unwillingness to do the same quickly grew unappealing to viewers (far sooner than the writers realized), and eventually to Ryan as well. He ends their romantic relationship when he realizes he finds misguided validation in Marissa's neediness and hyper-dependency. When Marissa dies, he is guilt-ridden, but eventually sees that had it not been for him, she would have overdosed years before. He has, in a sense, already rescued her.

Summer, on the other hand, neither wants nor needs to be rescued. The drama of her character is fueled by her steady personal growth, rather than emotional volatility. After her stellar SAT performance, she discovers that she's intellectually gifted with little more than a shrug, seeming neither fazed nor surprised. She slowly begins to take the notion of college seriously, setting her eyes on Brown, her boyfriend Seth's dream school. Seth is both fazed and surprised, and when he attempts to dissuade her from applying at an info session she is genuinely hurt. “Don't leave,” he immediately pleads. Summer, however, never had any intention of leaving. She turns her back on him but boldly enters the crowd of fellow prospects, working the room with winning charm. Summer is just as, if not more, proactive than Ryan, in possession of a relentless optimism that is neither hokey nor self-involved.

Eventually, it proves sound, and she beats Seth out for admission to Brown, where she forges her activist identity, abandoning superficial aspects like refusal to shave one's legs for more concrete action. She knows she can be tough, smart and strong while retaining her femininity. She and Seth slowly learn to navigate new waters: He grows to respect her as his equal (or even better) and gives her space to indulge her passions, and she explores her independence as a precursor to a strong and healthy romantic partnership. Allowing Summer to flourish was an equally inspired choice on the part of the show's writers.

In fact, Summer's arc was similar to beloved female characters initially introduced as “the bitch” on widely revered dramas that would follow "The O.C." Tyra of "Friday Night Lights" is initially portrayed as a slacker and a temptress who mouths off to her guidance counselor and blows off her studies. Slowly, she escapes the trappings of rural poverty, which her sister and mother fall prey to, and leaves her small town for a four-year college. The series finale sees her reasserting her choice to dedicate herself to her studies and her dreams rather than retreating into the comfortable arms of her childhood sweetheart. Joan of "Mad Men" is initially portrayed as the Queen B of the office, but we soon discover an inner strength and compassion lies behind her sometimes cold facade. She is, in fact, one of the few truly kind, but hyper-competent, characters of the series. She, too, refuses to conform to the highly gendered expectations of her environment, eventually sacrificing a loving relationship to start her own company.

In this vein, likability on-screen still wildly diverges from the real world. One of the most compelling aspects of television as a medium is that it allows us to dig deeper, to understand the person underneath a label. But as a broad social norm, we often fail to explore that depth, or bother considering the cultural forces at play in our visceral negative reaction to strong women. In romantic relationships, men still suffer from Ryan Atwood syndrome — they fancy themselves modern and evolved but, in practice, punish women they perceive as intellectual equals. Perhaps they'd rather play savior. There are political ramifications as well. A recent study found that men were more inclined to support Trump over Clinton when asked a seemingly apolitical question about their household earning pattern, one meant to remind respondents of a so-called gender threat. In such a climate, perhaps the best we can do by teen girls is to remind them that there are worse fates than being branded a “bitch.” There is, after all, no salvation in the tail end of a downward spiral.