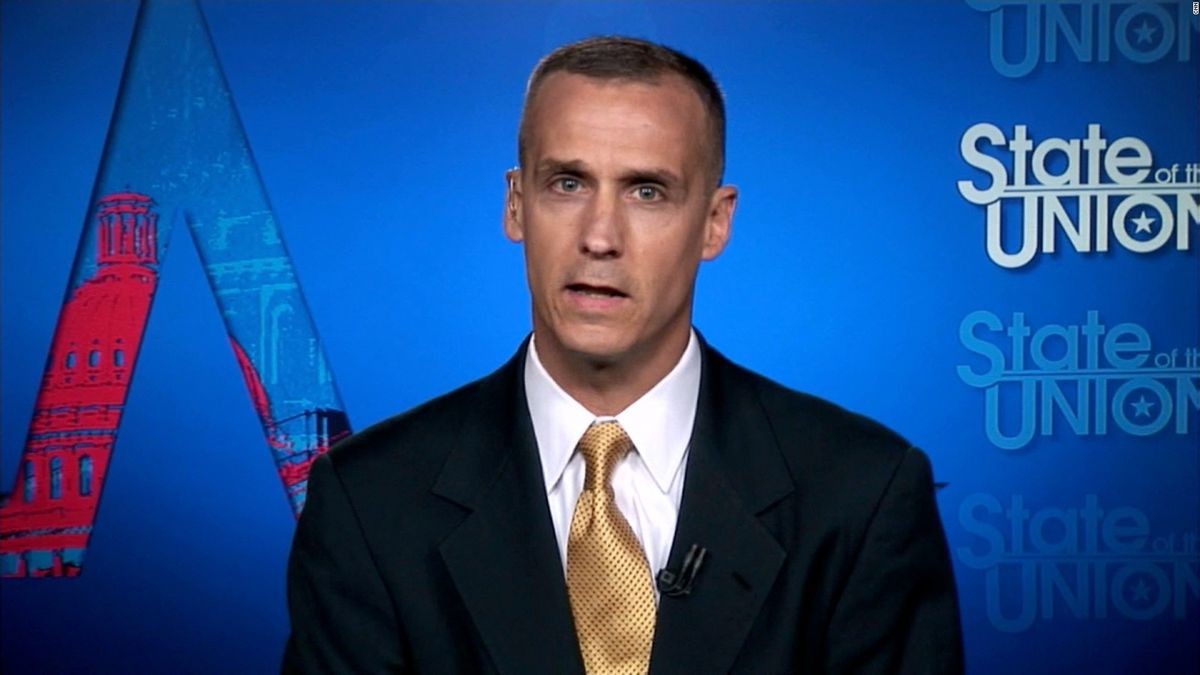 Lewandowski turned himself in to Jupiter police just after 8 a.m. on Monday, according to a police report.

Fields filed a criminal compliant earlier this month after she claimed Trump's top aide forcibly yanked her away from asking Trump a question following a press conference at Trump's Mar-a-Lago resort. Lewandowski aggressively denied the charges, lashing out at Fields and attacking her as "delusional" on social media in an effort to discredit the 28-year-old conservative reporter.

Fields and a couple of her fellow conservative writers were eventually forced to leave the stalwart pro-Trump media outlet after Breitbart management failed to adequately defend Fields as the Trump campaign continued to assail her character.

Jupiter Police charged Lewandowski with one count of Simple Battery, for intentionally grabbing Fields against her will.

Trump campaign Hope Hicks said in a statement, “He will enter a plea of not guilty and looks forward to his day in court. He is completely confident that he will be exonerated.”