Anderson Cooper shuts down Donald Trump: "With all due respect, 'He started it!' is the argument of a five-year-old"

"Not it's not," Trump replied, unaware he was proving Cooper correct, "It's not!" 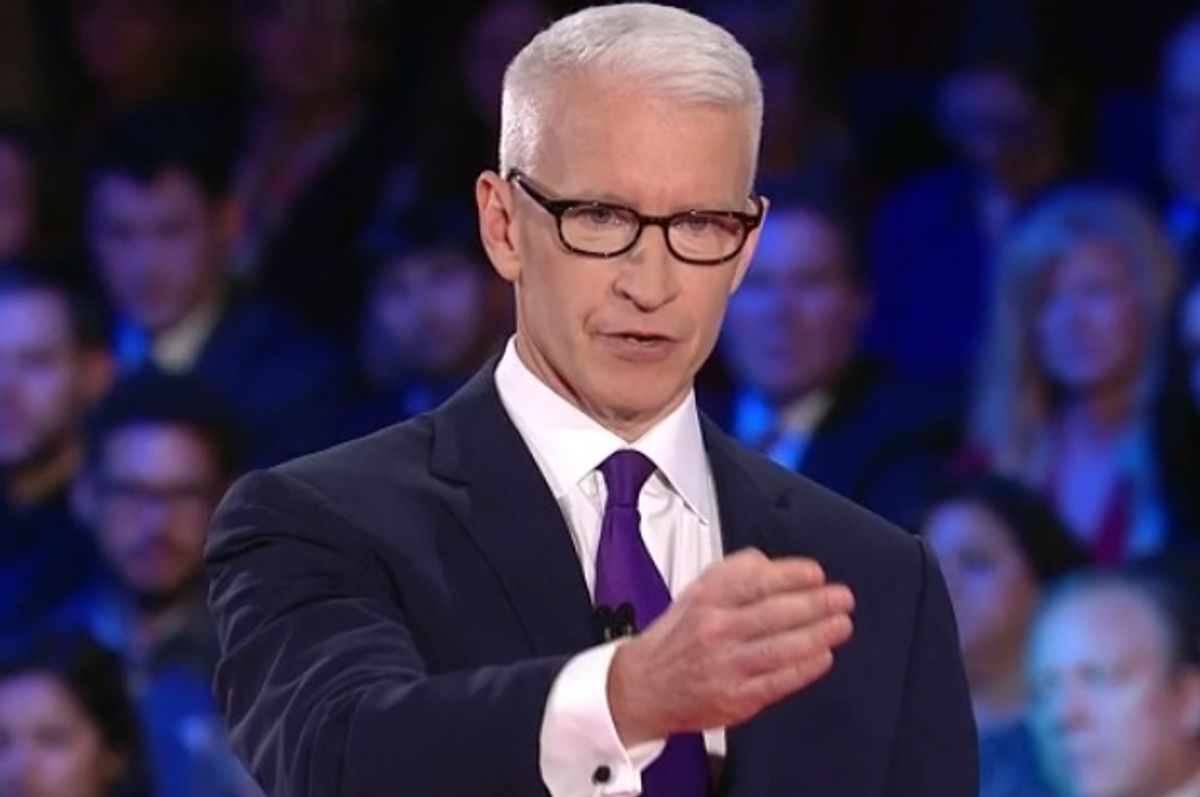 In tonight's CNN town-hall, Anderson Cooper asked GOP front-runner Donald Trump about a photograph he re-tweeted which appeared to anyone with eyes to cast Texas Senator Ted Cruz's wife Heidi in an unflattering light.

Trump replied that despite it being fairly obvious that he was attempting to do just that, that wasn't his intent. "I thought it was a nice picture of Heidi," he said.

Cooper replied, "Come on, you're running for president of the United States."

"Sir, with all due respect, that's the argument of a five-year-old," Cooper said.

"The argument of a five-year-old is, 'He started it'!" Cooper said.

"You would say that. But he started it! The problem with our country -- that thinking, that's the problem with the country. He sent out a picture" -- Cruz did not, as Cooper noted, it was an anti-Trump group -- "it was Romney people, they were very embarrassed he did so poorly four years ago, he choked like a dog."

If you have trouble following his logic there, don't worry, nobody else any could either.

Watch the entire exchange below via CNN.