Jonathan Franzen and Louis C.K. on "Jeopardy!": Sounds like an "SNL" sketch, but it's real and it's going to be fascinating 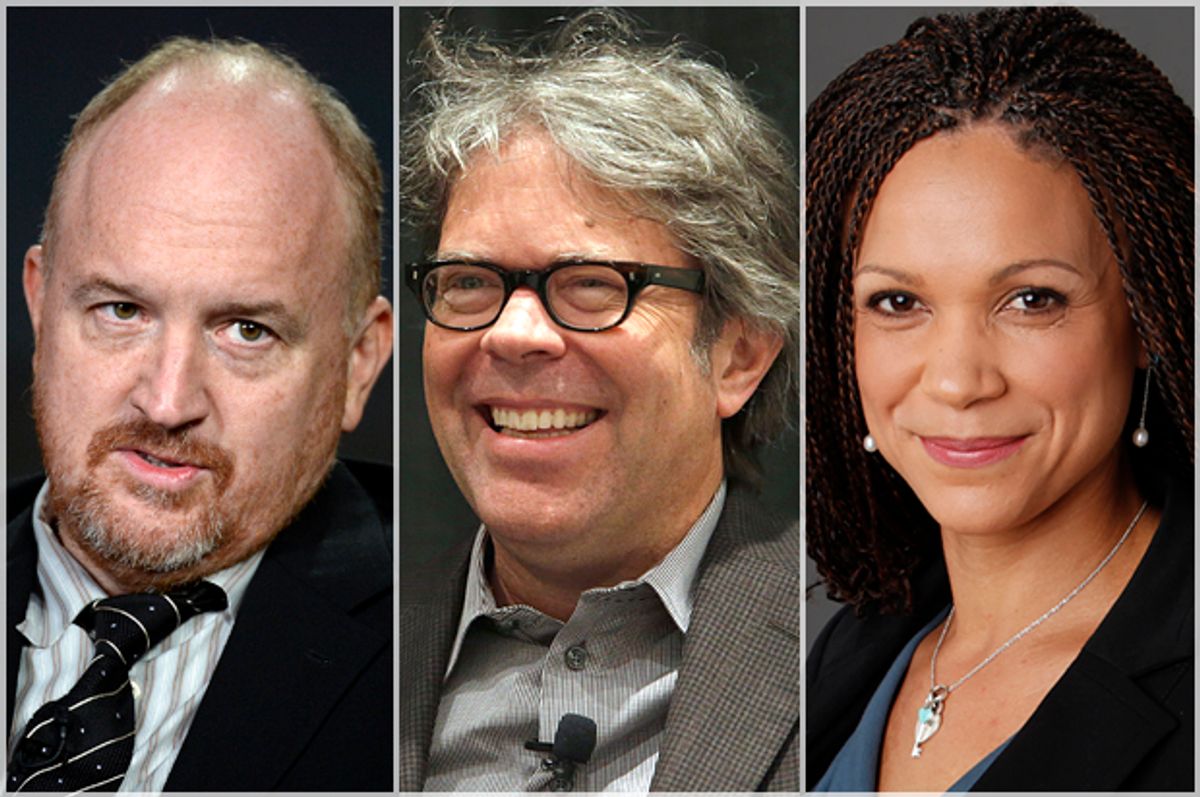 Power Players Week—a tournament last held in 2012—is a smarter, wonkier version of Celebrity “Jeopardy!”; instead of screen actors performing for their own charities, the game show is tapping the vast landscape of anchors, pundits, and “personalities” that shape political conversation in America, from an actual senator to the comedian and creator of “Louie.” It’s a weirdly eclectic list, but altogether kind of thrilling, too; “Jeopardy!”’s casting has managed to collect 15 people that feel interesting and relevant, even if they are not particularly known for, you know, their fast-paced trivia skills.

Almost more interesting than the celebrities themselves are what charities they’ve chosen to represent; C.K. is competing for the Fistula Foundation, Franzen for the American Bird Conservancy, and CBS’ Lara Logan, unsurprisingly, for the Committee to Protect Journalists.

The announcement almost instantly makes Power Players Week appointment television, as the opportunity to see any number of TV journalists forced to answer questions, instead of the other way around, while flanked by either Louis C.K., Jonathan Franzen, or the former chair of the Republican National Committee, Michael Steele, is going to make for some crazy television. What will get they wrong? Who’s going to win Final Jeopardy? What if Jonathan Franzen doesn’t know everything?

The iconic game show has not yet revealed who will be playing whom; that information will presumably be released after the show’s April 9 taping at DAR Constitution Hall in Washington, D.C. Host Alex Trebek, a Canadian, will presumably continue to view the politics of his adopted country with lofty perplexity. As the episodes are not yet taped—and someone could presumably have a flameout or back out, still—the names are subject to change, but here is the list provided by “Jeopardy!”’s publicists: