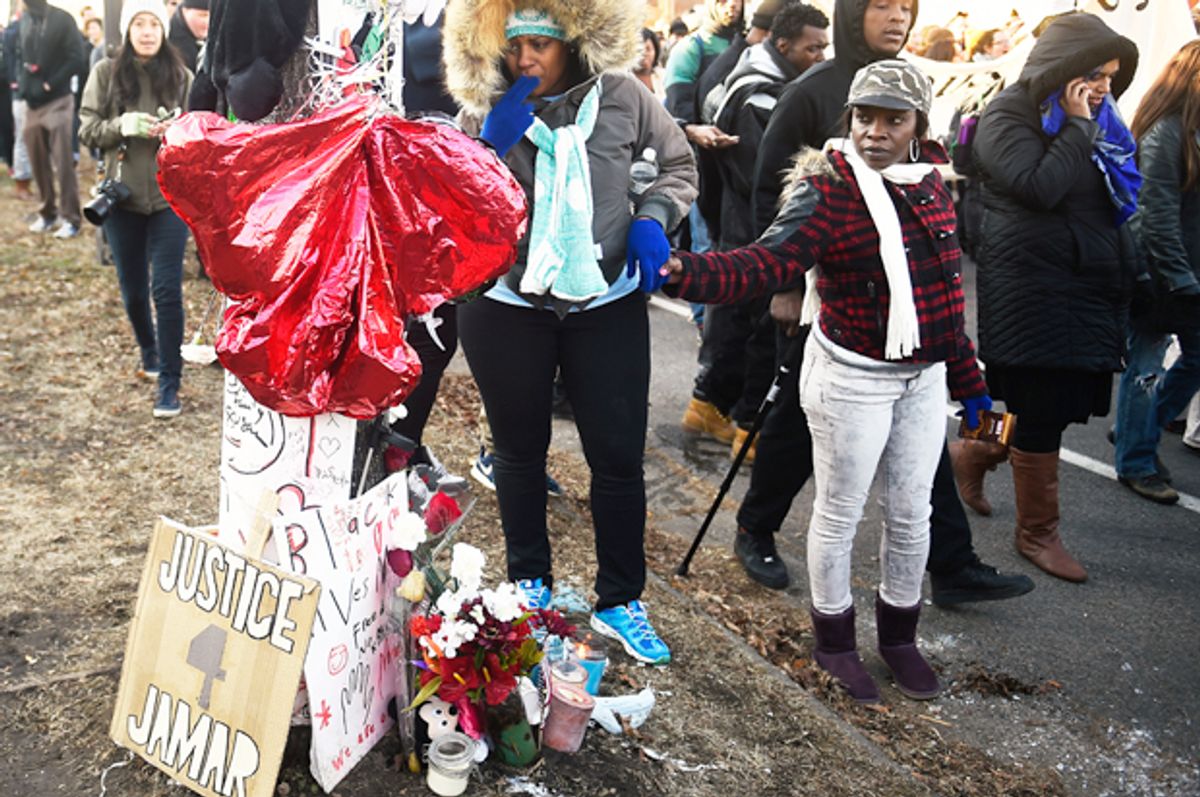 A memorial on the site were Jamar Clark was killed, Minneapolis, November 24, 2015. (Reuters/Craig Lassig)
--

Two Minneapolis police officers will not be charged in the November shooting death of Jamar Clark, 24, according to The Associated Press

Clark's death sparked Black Lives Matter-affiliated protests against police brutality and racial discrimination in the city. In one high-profile instance, a group of protesters was shot at and sustained non-life-threatening injuries.

Hennepin County Attorney Mike Freeman decided independently not to charge officers Mark Ringgenberg and Dustin Schwarze because to-be-released video of the incident "didn't provide a full picture of what happened."

The police's account said Clark was "interfering with paramedics assisting the female victim" of a reported assault, and that a "struggle" ensued between Clark and the arresting officers.

Other witnesses reported Clark was handcuffed when he was fatally shot in the head.

According to the Minneapolis Star Tribune, Freeman's investigation corroborated reports from the head of the police union that Clark was, in fact, not handcuffed and ignored repeated warnings to stop grabbing for Ringgenberg's gun.