What's the matter with Janesville? 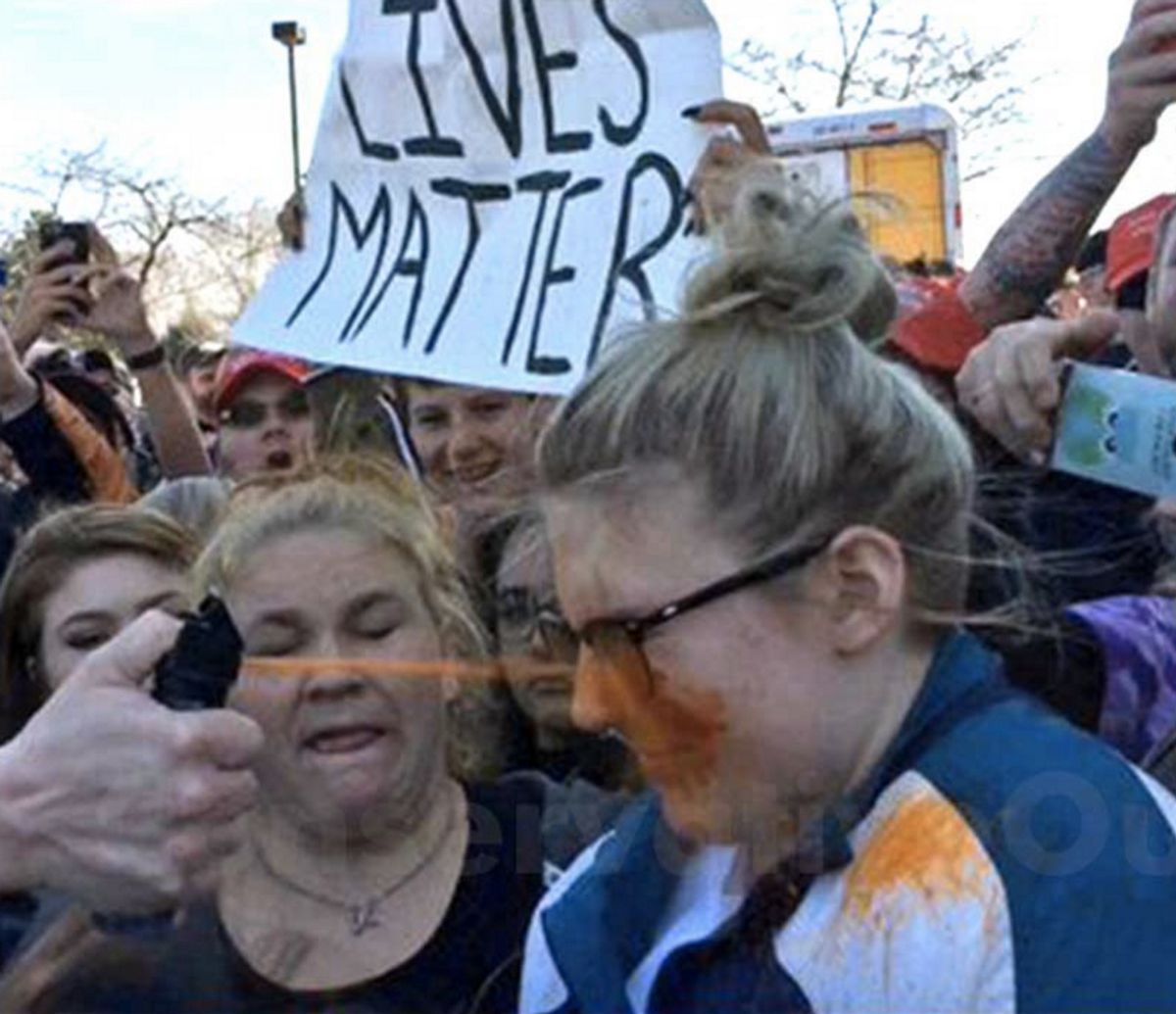 Police in Janesville, Wisconsin, are searching for two Donald Trump rally attendees who pepper sprayed and sexually assaulted a 15-year-old anti-Trump protester outside the Republican presidential frontrunner's rally on Tuesday. Video of the incident shows other apparent Trump supporters shouting "bitch" and "nigger lover" to the teenager as she attempts to walk away with pepper spray in her eyes.

“Damn, Donald, back at it again with the white supremacy," read 15-year-old Alex Drake's topical protest sign, according to video that captured the incident. As another protester raised a sign that read, "Black Lives Matter," the crowd of mostly older white Trump supporters began chanting "All lives matter," attempting to drown out the Janesville teenager:

Law enforcement in Janesville, home of Republican House Speaker Paul Ryan, said that "a male in the crowd groped the 15 year girl, when she pushed him away; another person in the crowd sprayed her." Video of the incident shows Drake confronting a man she says touched her breast before she reached out to strike him:

Another video shows one Trump supporter yelling to "get that bitch out of here," after the teenage girl stumbles from being pepper sprayed.

"Goddamn communist, nigger lover! Get out of here," another Trump supporter can be heard shouting:

Inside, the Trump rally was hardly more civil. Speaker Ryan's hometown booed him when Trump merely mentioned his name -- and continued to boo him to the surprise of even Trump. Ryan, of course, has been out publicly bemoaning the “ugliness” that has befallen the Republican primary, a not-so-thinly veiled jab at Trump.

“I’m sure I’m going to get along great with him," Trump recently said of Ryan. "And if I don’t? He’s gonna have to pay a big price.”

Janesville Police additionally reported that they had to turn away two people last night who had concealed weapons, and two others who were openly carrying firearms.