We should credit activists for defeating the bill, not the studios who receive generous handouts from the state 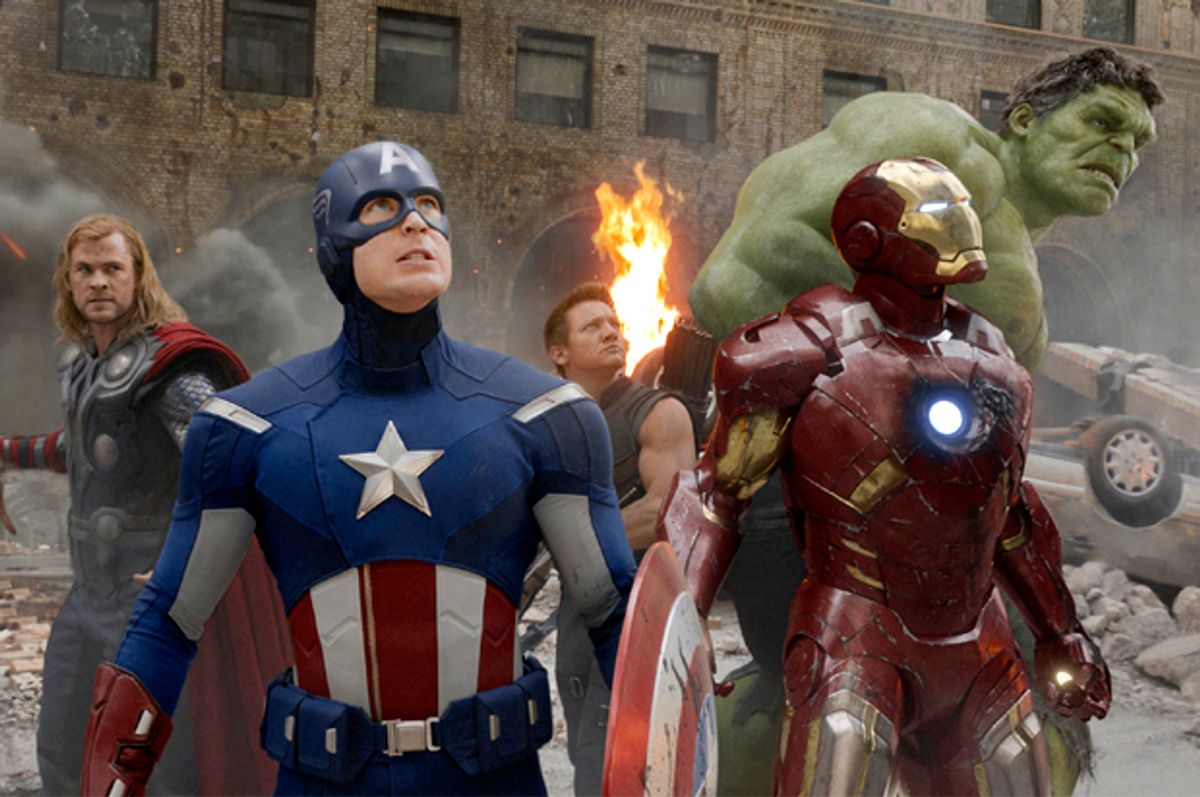 On Monday, Georgia Gov. Nathan Deal vetoed a bill that would have legalized discrimination against LGBT people in the name of religious freedom. It was a big win for gay rights in the conservative South. Some of the credit might go to Hollywood, thanks to The Walt Disney Co. and subsidiary Marvel Studios strongly suggesting they would pull production from the state if the bill became law.

I’m certainly glad that he vetoed it. But Hollywood is no hero. The reason that so much television and film, from The Walking Dead to The Hunger Games, is made in Georgia is because taxpayers provide them with huge sums of corporate welfare. If a company spends at least $500,000 on production or post-production on one or more projects in Georgia, the state hands out a 20-percent tax credit. It throws in “an additional 10 percent tax credit if the finished project includes a promotional logo provided by the state.” And Georgia’s logos include a delicious peach!

This has cost the state more than a quarter of a billion dollars, according to the Atlanta Journal-Constitution. Such programs are worth every penny, says the Motion Picture Association of America.

“Pure and simple,” according to the MPAA, “film and tax incentives create jobs, expand revenue pools and stimulate local economies.”

Critics on both the left and right disagree.

In Massachusetts, the secretary of housing and economic development reports that the state’s embattled tax credit created 1,351 jobs, but “only 730 went to Massachusetts residents at a cost of nearly $100,000 per local job.” The credit costs the state $80 million every year, according to the progressive Massachusetts Budget and Policy Center. And it’s not just forgone tax revenue. States with “refundable” tax credits actually end up cutting checks too:

“When a film’s tax liabilities are below its allotted refundable credits, taxpayers end up directly paying film companies the difference,” writes Jared Meyer, a fellow at the conservative Manhattan Institute for Policy Research.

Other state’s credits are “transferable,” meaning that if the liability is below the allotted credit, they can sell that credit to some other state taxpayer. That’s how it works in Georgia.

The number of states offering film tax credits mushroomed from four to more than forty between 2002 and 2012, according to Governing. Since then, however, multiple states have gotten wise to the swindle, ending or curtailing their programs. But tax-credit corporate welfare is still the cornerstone of economic development nationwide. Of 4,200 economic development incentives granted in 14 states analyzed by the advocacy and research group Good Jobs First, large companies received 90 percent of the more than $3.2 billion.

This comes at a time when many states continue to reel from recession shortfalls, compounded by austerity-minded Republican governors. In Louisiana, one of the nation’s greatest economic basket cases thanks to former Gov. Bobby Jindal, the department of revenue reports that “the state has paid out $210 million more in tax credits and rebates to corporations so far this year than it has collected in corporate income and franchise taxes.”

It's great that Hollywood lobbied against Georgia’s bigoted bill, and that Disney threatened to pull out. But it’s unlikely they would have done so if other states weren’t waiting with open arms and wallets. Business is used to playing its mobility against the states. But usually, it’s for nefarious purposes. In Maryland, the production company behind "House of Cards channeled Frank Underwood himself when it threatened to “break down our stage, sets and offices and set up in another state” if the they didn’t get more credits.

Hollywood did the right thing because LGBT activists, to their great credit, have built political power that can no longer be dismissed, even by a Republican governor. Those activists are the heroes.