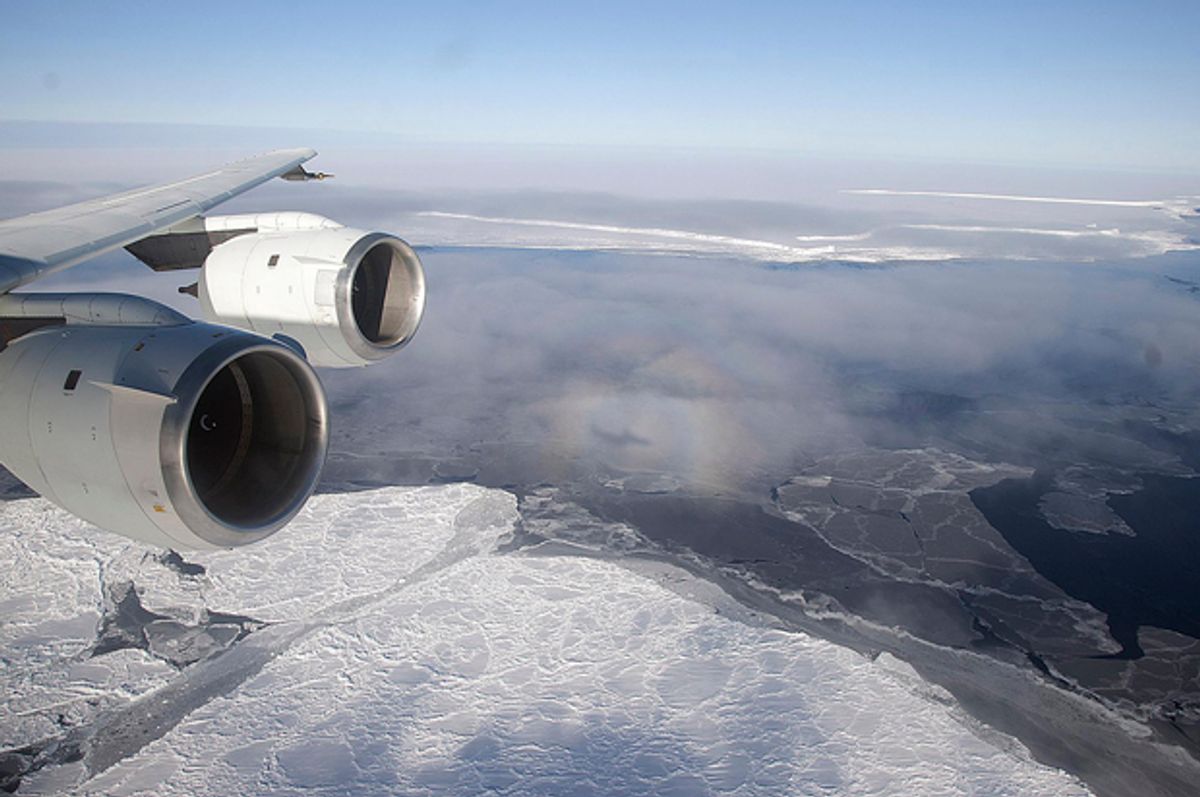 In December 2015, representatives of 195 nations reached a watershed climate agreement widely hailed as a crucial step towards preventing the most devastating threats posed by climate change. The agreement, which requires nearly every country to reduce greenhouse gas emissions, was met with jubilation by the thousands of delegates gathered for the Paris summit.“This is truly a historic moment,” said United Nations SSecretary General Ban Ki-moon. “For the first time, we have a truly universal agreement on climate change, one of the most crucial problems on earth.”

But new research suggests that the terms of the landmark Paris accord may be insufficient to prevent the collapse of West Antarctica, a massive ice sheet that could cause sea levels to rise by as much as three feet by 2100 if it were to disintegrate. The New York Times reports that the findings of a new study indicate that the ice sheet, which is larger than Mexico, is more vulnerable to rapid melting from the effects of greenhouse gases than previously believed. By the end of this century, this swift disintegration of the West Antarctic ice sheet, combined with melting in other locations, could cause sea levels to rise to roughly twice what the U.N. considered the "plausible worst case scenario" just three years ago. During the 22nd century, the study found, sea levels could rise by more than a foot each decade.

The consequences of such rapid sea level rise could be devastating. Cities like New York, Miami, Hong Kong and Venice would be directly threatened, and, as the Times notes, even drastic measures aimed at mitigating damage would likely prove at least partially inadequate:

"In principle, coastal defenses could be built to protect the densest cities, but experts believe it will be impossible to do that along all 95,000 miles of the American coastline, meaning that immense areas will most likely have to be abandoned to the rising sea."

The study, published in the journal Nature, relies on an improved computer model that scientists believe more accurately predicts the future of Antarctic ice stability and global sea level changes. The study's authors, Robert M. DeConto of the University of Massachusetts, Amherst and David Pollard of Pennsylvania State University, note that their research is not definitive. "We are not saying this is definitely going to happen," Pollard told the Times. "But I think we are pointing out that there’s a danger, and it should receive a lot more attention."

The study's silver lining is the suggestion that the catastrophic collapse of West Antarctica could still be prevented through tighter restrictions on greenhouse gas emissions. But according to the Times, "the recent climate deal negotiated in Paris would not reduce emissions nearly enough to achieve that goal." However, the Times also notes that some scientists' views on West Antarctica are less optimistic, as other recent research suggests that the eventual disintegration of the critical ice shelf is unstoppable at this point.