Someone thought this was a good idea: Mississippi Senate passes bill allowing churches to form militias 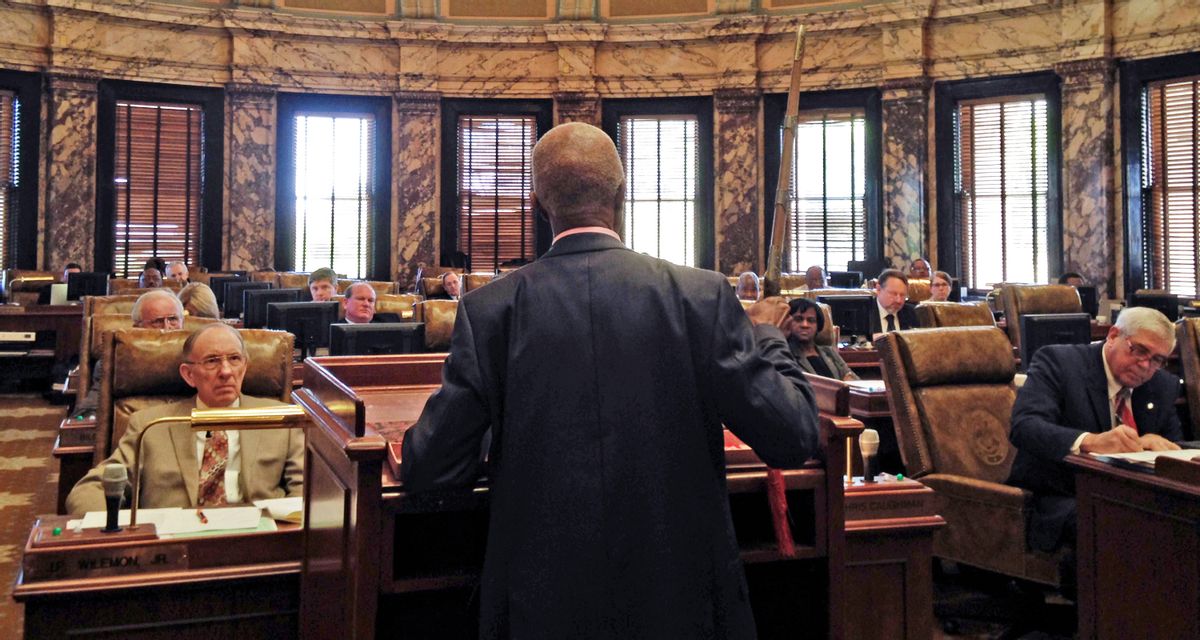 The Mississippi Senate on Tuesday passed  "Mississippi Church Protection Act, opening the door to houses of worship forming militias there.

Permissible firearms, according to the bill, include "a stun gun, concealed pistol or concealed revolver."

The bill will now return to the House of origin for further deliberation before it reaches Republican Gov. Phil Bryant's desk.

What the Act effectively allows is for churches to form militias. And the red-tape requirements to form these armed militias are only marginally more stringent than getting a firearms permit in the state of Mississippi.

Assuming you already have a permit, all you need to do is take "an instructional course in the safe handling and use of firearms," and then, congratulations, you're certified to pack heat at your church!

Tindell argued that the bill would "allow a church to have a sergeant-at-arms to protect the church body."

The bill passed in the State Senate 36-14, despite opposition from Democratic state Sen. Hillman Frazier, who "waved a sheathed sword and quoted Bible Scripture as he argued against passage of the bill," according to the Jackson Clarion-Ledger.

Contrary to the well-known proverb, the (sheathed) sword is apparently not in fact mightier than the pen (nor, in this case, the stun gun, concealed pistol, or concealed revolver).