Cracks in the GOP wall: The Republicans' hardline Supreme Court obstruction is crumbling 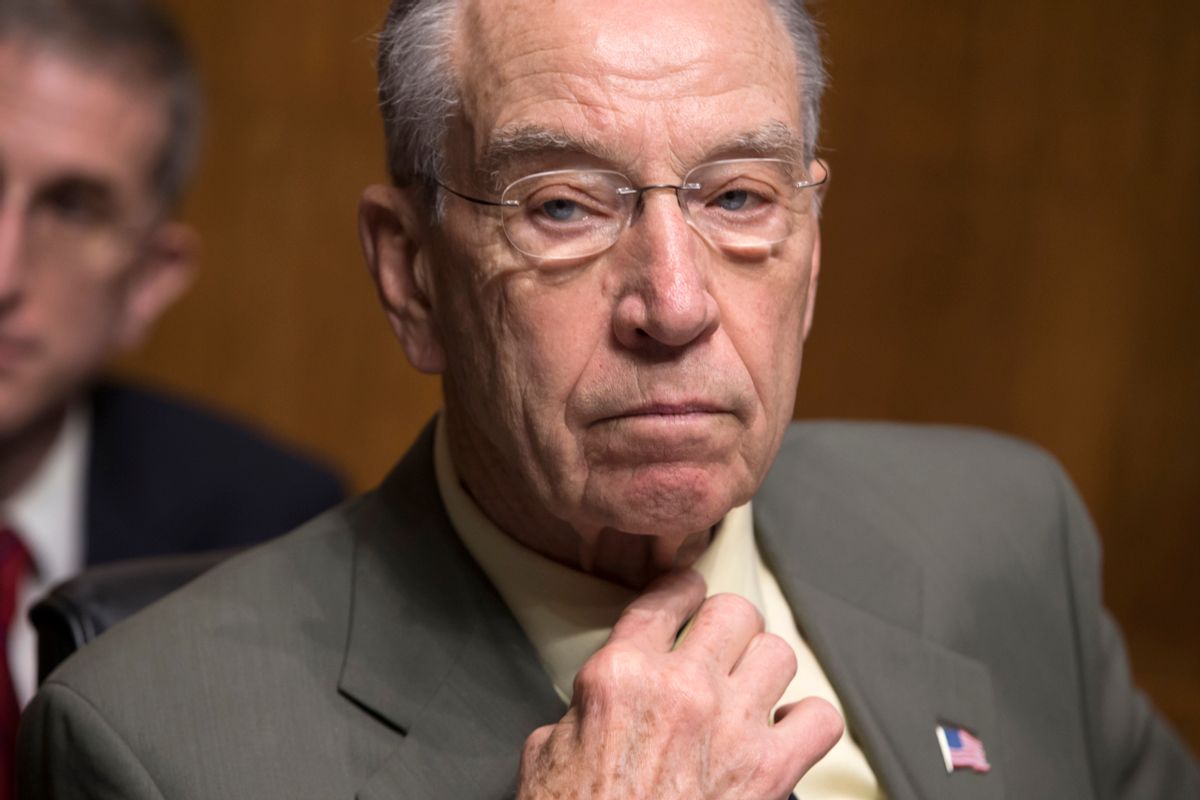 The trick to making blanket obstructionism work as a political tool is to make it a team effort. The Republicans in Congress understand this well – their strategy for the Obama administration from day one was to oppose everything and enforce unanimity among their members. They understood that any Republican defections would feed political ammunition to the Democrats and the White House, who would claim bipartisan backing for their initiatives and paint the Republicans in opposition as unreasonable. For a while, that strategy worked: the president’s biggest legislative items were passed without any Republican backing, and Republicans ran hard against those laws to make gains in Congress. The key to it all was putting up a united front.

That’s what Senate Republicans tried to accomplish when news broke that Supreme Court Justice Antonin Scalia had passed away. Their immediate reaction was to clamp down hard: no hearings, no meetings, not even a mote of consideration for any nominee President Obama would put forward. They came up with a number of reasons justifying this position, but they’re all bullshit – the real reason is that they’re holding out hope that a Republican president will restore the court’s conservative majority next year. But the key to making this obstructionist strategy have at least some political viability was unanimity of opposition.

Well, say goodbye to that plan. The wall of obstruction put up by GOP leaders is showing a number of cracks as Senate Republicans – from blue and red states alike – defy their leadership and actually show minimum levels of professional courtesy to President Obama’s nominee, judge Merrick Garland. Sen. Mark Kirk of Illinois (who happens to be facing a tough reelection fight) has already met with Garland and is actively pushing his colleagues to hold hearings and “man up and cast a vote.” Garland has more meetings lined up with Sen. Susan Collins of Maine and Sen. John Boozman of Arkansas. According to NBC News, one-quarter of Republican senators have expressed openness to at least meeting with Obama’s nominee.

None of this means that Garland is any closer to actually having hearings or receiving a vote, but the fact that so many Republicans are deviating from the official line is bad news for the GOP politically. Republican leaders have invested a good deal of time building up a case for why Garland’s nomination doesn’t even merit cursory attention, and it’s being ripped down by their own colleagues. Orrin Hatch insists that Republicans are doing their jobs by blocking Garland, while Jerry Moran says they’re actually abdicating their responsibilities. Chuck Grassley insists Republicans are standing on principle by pushing hearings off until after the election, while Mark Kirk says they’re actually being cowards. The obstructionist plan was never popular to begin with, and internal fractures like these make it supremely difficult to convince anyone that Republicans are on the right side of this issue.

The Democrats, meanwhile, have successfully gotten Garland’s foot in the door, so now they have an opening to push things even further: If meetings are okay, why not hearings? And every Republican senator Garland meets with is another opportunity for the White House to pit Republicans against one another. The Senate GOP leadership wanted nothing more than to make this nomination process a referendum on Obama, but now they have to explain why their own colleagues are wrong for meeting with Garland.

This was always the big danger in adopting of posture of maximalist obstruction. That position was difficult to defend to begin with, but defections within their ranks make it next to impossible. The Republican leadership very likely understood all of this before going down this path, but they figured that the political difficulties would be worth it if they could keep that Supreme Court seat open for the next Republican president. But hopes for electing a Republican in November don’t look especially great, while the political price of obstruction seems to be growing steeper.