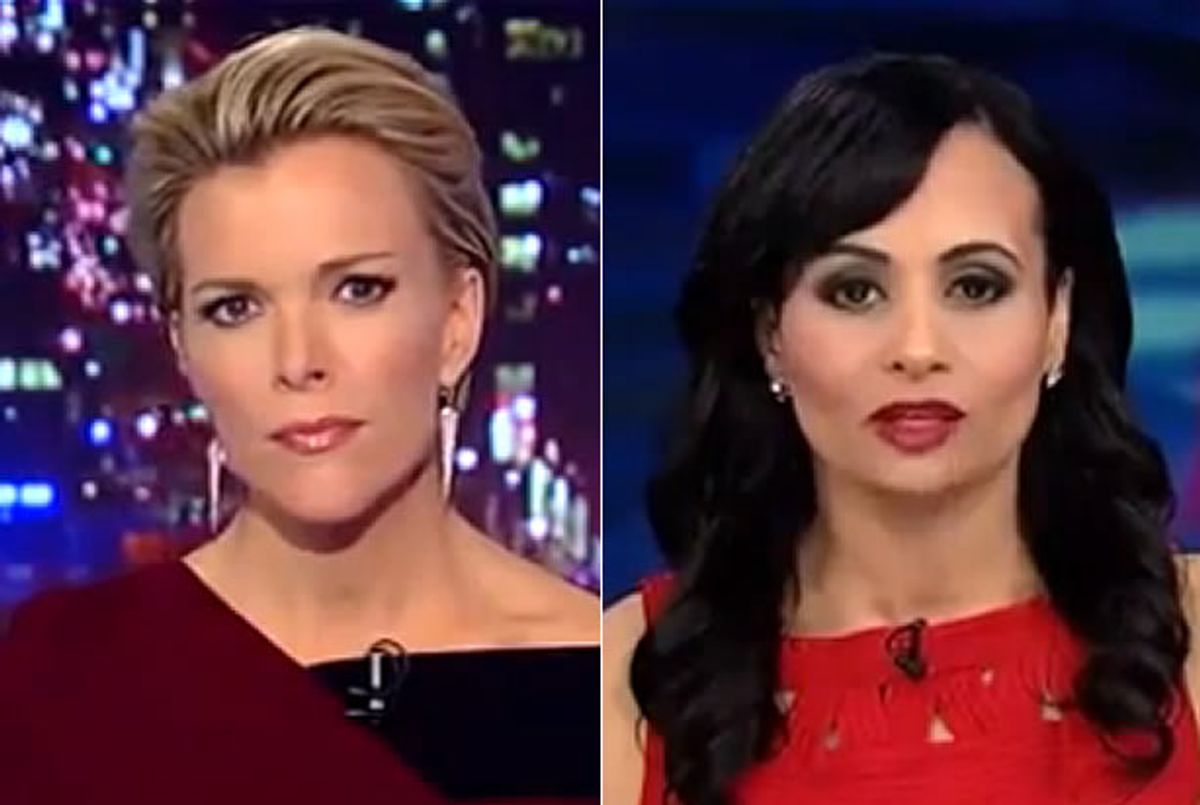 On Thursday evening's edition of The Kelly File, host Megyn Kelly welcomed back Donald Trump spokesperson Katrina Pierson, who attempted to defend the dramatic uptick of the number of policy and position reversals -- i.e., "flip-flops" -- her candidate has been compelled to perform in the past few weeks.

Pierson replied by saying "that when you're a political candidate for eight months, you are speaking off the cuff -- that's actually one of his appeals, that he's not a scripted politician." She went on to explain that on the issue of abortion, "Mr. Trump provided a statement...indicating that he did not want to punish women for having an illegal abortion."

"Then why did he say he did?" Kelly asked. "His critics say that it shows he hasn't thought the issue through."

"His critics are going to say anything," Pierson replied, not addressing the question at all. "We know that there's a full-scale anti-Trump movement going on, that the mainstream media -- everyone is out to stop Donald Trump from winning the nomination."