United States of Torture: When it comes to "enhanced interrogation," Americans agree with Donald Trump

If you thought support for torture was relegated to the right-wing fringes, a new poll has some bad news 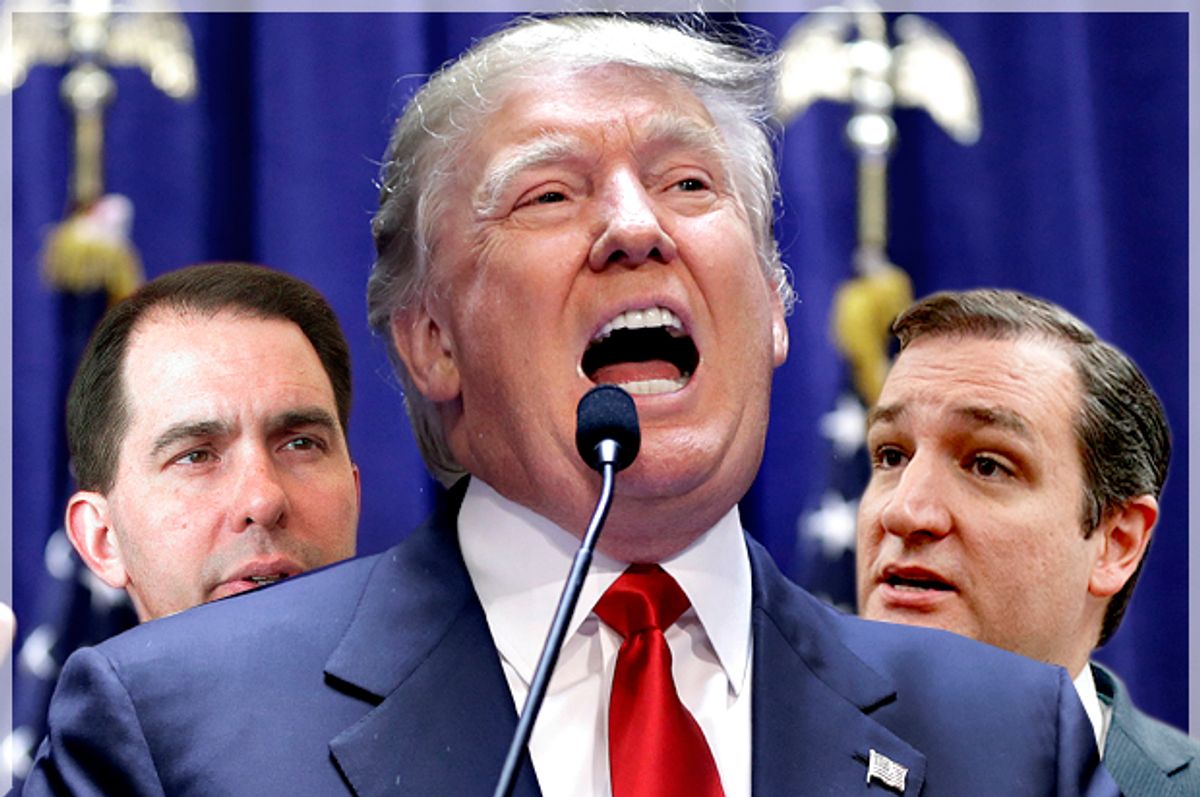 As far as we know — which often isn't much when issues of national security are involved — the U.S. government stopped waterboarding suspected terrorists around 10 years ago.

And as the current administration is quick to remind people, one of the first things Barack Obama did after being sworn in as president was issue an executive order banning so-called enhanced interrogation techniques.

At least on paper, then, the U.S. no longer tortures people (the reality can be a bit more complicated). That's a good thing, right?

Well, according to a new Reuters/Ipsos online poll, the American people aren't so sure:

Nearly two-thirds of Americans believe torture can be justified to extract information from suspected terrorists, according to a Reuters/Ipsos poll, a level of support similar to that seen in countries like Nigeria where militant attacks are common.

That top-line number is disconcerting for those who think torture is always wrong (and ineffective, to boot). But as the Reuters write-up notes, the conditions of the current moment aren't especially favorable for this point of view. Folks are scared.

It's hard to blame them. Just in the past six months, the world saw terrorist attacks in Paris, San Bernardino, and Brussels. There's a common (if mistaken) sense that ISIS is winning. And if that wasn't enough, the leading presidential candidate for the Republican Party seems to hardly go a day without making a new pronouncement to the media about how much he'd like to make sadism official policy.

Donald Trump, the front-runner for the 2016 Republican presidential nomination, has forcefully injected the issue of whether terrorism suspects should be tortured into the election campaign.

Trump has said he would seek to roll back President Barack Obama's ban on waterboarding - an interrogation technique that simulates drowning that human rights groups contend is illegal under the Geneva Conventions. Trump has also vowed to "bring back a hell of a lot worse" if elected.

Trump's stance has drawn broad criticism from human rights organizations, world bodies, and political rivals. But the poll findings suggest that many Americans are aligned with Trump on the issue, although the survey did not ask respondents to define what they consider torture.

But Trump and the news don't tell the whole story. There are at least two other elements that help explain why Americans are ready to conduct security policy like it's 1399. One has to do with elites; the other, mass entertainment. Let's start with entertainment.

In his post about the poll for New York Magazine's website, Charley Lanyon jokes that one explanation for the size of the pro-torture contingent may be that "we've just watched too many episodes of '24.'" He's referring, of course, to the seminal Fox show, created by a self-described "right-wing nut job," in which Kiefer Sutherland saves the world — usually after torturing some bad guys along the way.

But it goes deeper than that. Think about all the cop or superhero or spy or war movies and TV shows you've seen in your life. How often do the good guys use torture — or the threat of torture, which isn't much better — in order to extract information? And how often does it work? If you've been watching the same entertainment that I have, the answer to both questions is: very often.

And it's not all media from a less-enlightened time, either. Even Netflix's popular and acclaimed superhero show "Daredevil," for example, has its hero torture and beat bad guys in order to get what he wants. The show is almost interminable overwrought when it comes to the ethics of killing bad guys, mind you. But torture, apparently, is a much easier call. Is it any wonder people think it works?

The second reason, as I said, has to do with elites. Because, let's face it: opposition to torture is never going to come from a critical mass of the public. Crafting policy to ensure that a possible mass-murdering terrorist isn't abused or stripped of his rights? That's not how majoritarian democracy tends to work...which is why we have these things called "inalienable rights."

What that means in practice, though, is that the government is only going to be as anti-torture as its elites. And while President Obama is an opponent of torture, you can find plenty of folks — Republicans and Democrats, both — who are less confident that it's a bad idea. There is no elite consensus against the practice, in other words. Certainly no former waterboarder has been led away in chains.