We have elementary education all wrong. It is time to ease up on our kids, an expert tells Salon 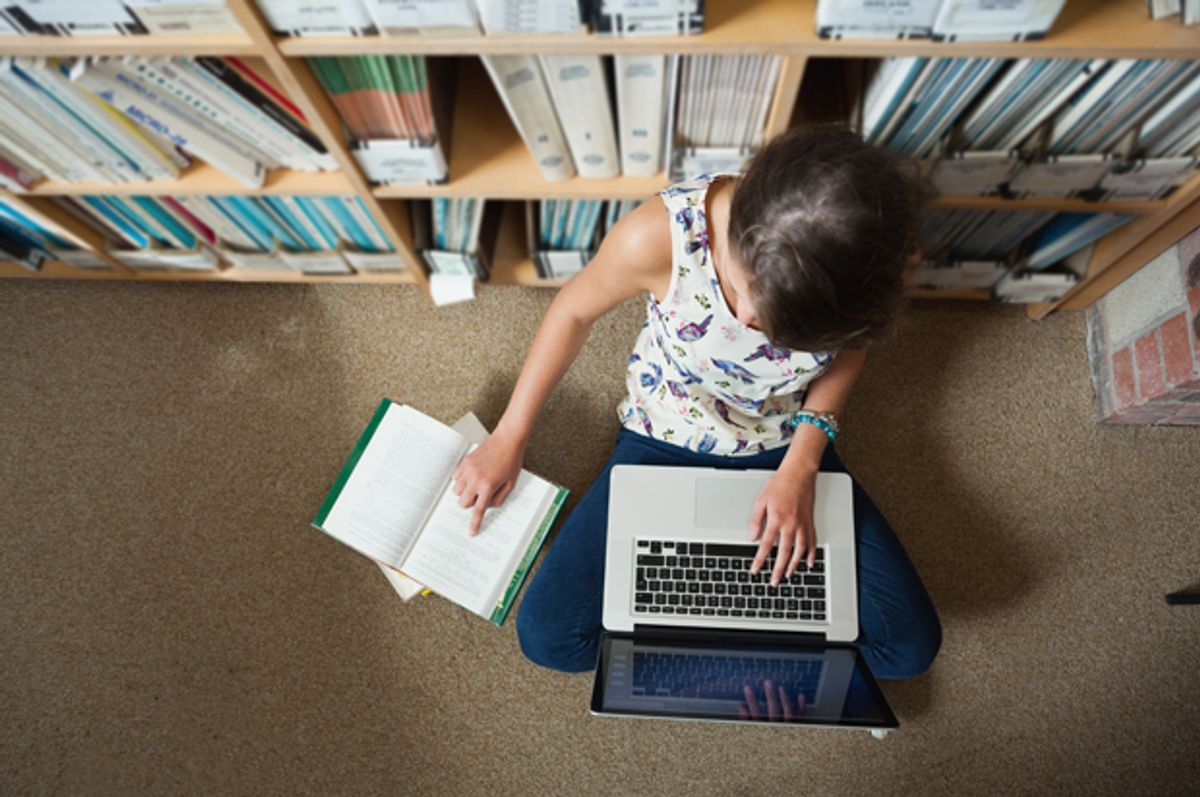 If you are hoping to raise a child who always shares, who follows all the rules, and doesn’t act angry once in a while, you will want to skip the books by Heather Shumaker. A speaker and authority on early childhood and parenting, Shumaker has attracted attention for her argument that we should “ban homework in elementary school.” That’s just one part of her new book, “It’s OK to Go Up The Slide: Renegade Rules For Raising Confident and Creative Kids.” It’s a sequel of sorts to her first book, “It’s OK Not To Share and Other Renegade Rules For Raising Competent and Compassionate Kids.”

Shumaker generally argues that parents should rarely force and pressure children, and we should respect each kid’s individual speed and style instead of imposing the same set of expectations on all of them. This doesn’t come simply from a free-to-be-you-and-me worldview: She draws on solid research to make many of her points.

Salon spoke to the Michigan-based Shumaker from Ohio, where she was visiting a pre-school. The interview has been lightly edited for clarity.

The premise of your book is that other parenting books – or at least, our conventional wisdom about children and child-rearing – is mistaken. What do we get wrong about childhood?

I don’t think it’s so much that the books have gotten it wrong, but that we as societies and families have got it wrong. This book certainly does turn things upside down more than most typical parenting advice.

The whole thrust of my book is looking at the stress points in children’s lives and looking at where adult expectations are clashing with normal child developments. And when those two things are at odds, to question the adult expectations rather than trying to change the child. Expecting a wider range of typical growth – growth that is not always at the same pace as all their peers. So we’re trying as a society to put kids in a quantifiable box for every age and stage. And when they don’t match – the kindergartner who isn’t developmentally ready to read, has to hit a certain point, and if he doesn’t gets sent to a mandatory literacy camp.

That’s an extreme of what a lot of schools are saying: You must reach this goal and if you don’t it will be imposed upon you. When in fact the kid can’t do anything about the way their brain develops. It will come eventually if they are given proper teaching.

Where does the pressure come from to have all kids develop in identical ways and at an identical pace?

It’s hard to know. But as a culture we’re always looking for constant growth and constant improvement. Our economic structure is always upward. It’s hard to impose that on humans, especially little humans. Some cultures are more laid back, and not to worried – there is a lot of fear in our culture right right now. Fear of our kids not getting ahead, fear of their safety… A lot of parents are driven by fear.

Keeping kids indoors, not even playing in the front yard, is driven by fear.

There’s a widening gap between the research and what we do with our kids on a daily basis.

This reminds me of a section you include in some of your chapters, called “Take Off Your Adult Lenses.” What’s that intended to do?

We’re very used to being adults. So this is to help us realize that they’re not little adults. I have the same adult-lenses category in my book “It’s OK Not to Share.” A child who’s not sharing is not this ungenerous, unkind creature. Think about it in different terms – in terms of child development. It’s not you we’re talking about. It’s a child who’s just beginning to live and grow.

In your books you allow parents and teachers to have more unstructured time, to emphasize gym and outdoor play… Why are those important?

It’s not so much emphasizing gym as emphasizing recess. In some teachers and principals’ minds, they’re the same, because they’re getting kids run around. I had an eight-year-old explain to me the difference: “Well in gym class, the teacher tells you what to do and your friends aren’t on your team.”

We’re talking about the elementary school kids, the younger kids – at those ages, being able to have a break at recess is so essential, at so many levels. Physically, they need to move their bodies. They’ve done research studies and shown that boys are more active. And boys’ bodies are at their peak of physical activity – where they have to move around – when they are seven or eight. And that’s when we ask them to sit still and stay in their seats.

When their bodies move, it helps refocus their brains – that frontal lobe they need for memory and learning and problem solving and focus and impulse control. So academic-wise and behavior-wise they need those breaks.... In fact, they’re treating kids with ADHD with more recess and it’s very effective.

You argue that there’s not only too much homework but that there should be no homework for younger kids. What leads you to that?

The more we learn about child development, the more we see there are many ways they need to learn – socially and emotionally and physically… And that kids learn even the cognitive skills they need in ways that don’t seem like learning to us.

If you look at correlation studies, with a meta-analysis of 180 different research studies, on the impact that doing homework has, they find that it’s very age dependent. At high school it can help. In middle school it can help a tiny bit. In elementary school there was zero correlation between the time kids spend on homework and academic achievement.

People will usually say, It’s to develop responsibility, or good habits so when they get to high school they’ll be ready. But if you look at a five-year-old or an eight-year-old or a 10-year-old they have other things they need to focus on now: Running around outside, making faces as their sister, learning family chores, learning how to cut up a carrot…. And kids need a break. It has the effect of turning kids away from school, diminishing joy of learning, creating negative attitudes.

If homework and school and learning get a bad rap at five or six, you’ve got years ahead of you – it’s a disaster in the making.

Yeah, you’re not gonna have good associations with school when you’re older if it’s unpleasant when you’re young.

And pleasure reading is so important… and keeping it pleasurable. Some schools have substituted reading for homework.

You argue that books, and stories with unpleasant elements, are valuable for kids. “Don’t Remove Ogres From Books” is one of your chapter titles. Don’t these frighten kids, make them anxious, fearful? Why is it important to expose children to these?

It’s not just the frightening moments, it’s the sad, sorrowful moments. When it comes to fear, and sorrow, and anger, these are all the difficult moments we wish would go away. We don’t want our kids to be scared, we especially don’t want our boys to be scared. Those are feelings that are uncomfortable for adults, so we often like to push them aside.

People will skip the part in “Charlotte’s Web” where the spider dies. Kids have these fears, they have these sorrows, they have angry moments. They need to see these genuine and big emotions reflected in the world around them,

And books are such a safe way to experience these fears and sorrows. But what we tend to do as a culture is to let them watch anything, where there’s all kinds of visual imagery that might scare them… But with books we back off. Books are the place where you can go at a child’s pace, and they will take on as much as they can handle. That’s the beauty of books: They won’t over-imagine what they can’t handle. And it’s a time to talk about things.

Keep the ogres in books. Not enough to terrify them. But have the kid encounter something in a safe place, with you right next to them. We need to not be afraid of doing that.