Behind the music on "Vinyl": Blink and you'll miss Bruce Springsteen

On episode 8 of HBO's drama about the '70s music scene, we find John Lennon and learn some facts about The Stooges 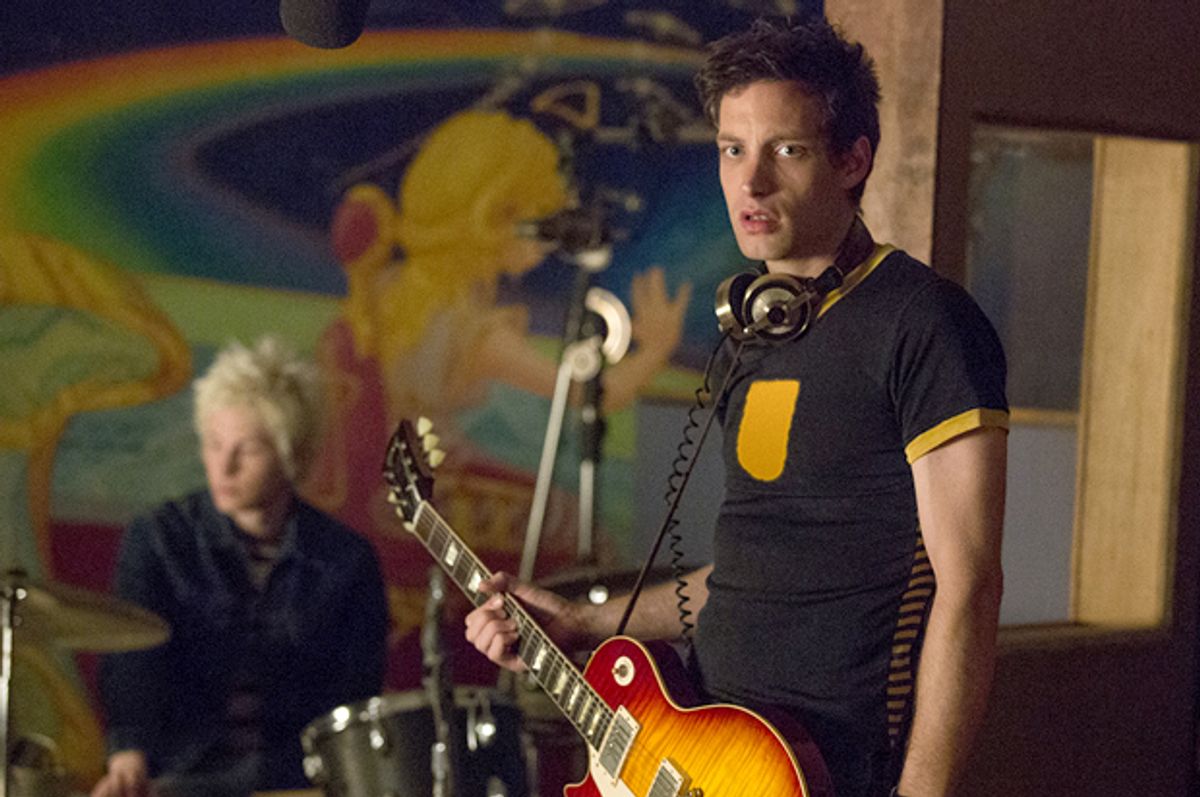 Remember the Nasty Bits? Well, this week on "Vinyl," we finally return to the last remaining hope of American Century Recordings. They’re in the studio, working on their debut record, which isn’t going so well. Richie Finestra (Bobby Cannavale) is frustrated with their lack of progress, and storms into the room to admonish the band. (Hey Richie, I might not be a record man, but even I know better than to let a brand new band waste studio time to write material.) “The Stooges wrote ‘Real Cool Time,’ ‘Not Right,’ and ‘Little Doll’ all in one day,” he lectures them sternly.

If that sentence sounds to you like an intern lifted it straight out of Wikipedia, you're not alone. One, there’s no way I believe that Richie Finestra, whose label proudly turned down the New York Dolls, would know the recording history of the Stooges that intimately. Second of all, that wasn’t a known fact in 1973, because when the Stooges were discovered by Danny Fields and signed to Elektra, they lied and told Elektra founder Jac Holtzman that yes, they had plenty of material ready to record. The story is quoted in "Please Kill Me," Legs McNeil’s oral history of punk rock, published in 1996: “We only had three songs,” said Stooges guitarist Ron Asheton. “So I went back to the hotel and in an hour came up with the riffs for ‘Little Doll,’ ‘Not Right,’ and ‘Real Cool Time.’”

Lester Grimes (Ato Essandoh) provides the Bits with more useful advice, providing a history of music through three chords, and showing the band how they’ve worked for Chuck Berry, Chubby Checker, Ray Charles, Mungo Jerry, Creedence Clearwater Revival, and one of his old originals to boot. “That’s the skeleton, everyone’s got one,” Lester says. “Then you add the flesh, the hair, the eyes. You do that, you got a song.”

We hear reggae as the camera offers an establishing shot of the exterior of Max’s Kansas City, and the camera continues inside, where we see the band onstage. It’s the original lineup of the Wailers, featuring Bob Marley and Peter Tosh (Bunny Wailer refused to tour). Both the Wailers’ first album and the soundtrack to "The Harder They Come" came out in 1973, and the latter especially was how most Americans first learned about reggae. Original music by the Wailers is used, with crowd noises imposed over it to make it seem like it’s a live show. I’m not sure Marley was as bouncy as they’re portraying him here, but it’s not like there’s a ton of early footage to compare it to.

But the Wailers only played Max’s once: a week of shows where they were the opening act for a guy named Bruce Springsteen, recently signed to Columbia Records by John Hammond — also known as “the man who discovered Bob Dylan.” And, sure enough, they get it right. Devon (Olivia Wilde) and Ingrid (Birgitte Hjort Sorensen) are walking through Max’s when a short man in a cowboy hat walks by and is greeted warmly by Ingrid: “Kinky!” she says, undoubtedly referring to Kinky Friedman. (Friedman is known for many things in 2016, but in 1973, he was a singer-songwriter fronting a band called The Texas Jewboys.) “You met Bruce?” he asks, as a skinny bearded kid slips through the frame, almost unnoticed.

Springsteen’s first album, "Greetings From Asbury Park," was released in January of 1973, and his second record, "The Wild, The Innocent & the E Street Shuffle," would come out in September. "Vinyl" likes to play fast and loose with when things happened in 1973--remember that the Mercer Arts Center collapsed in August, which was the pilot, but Iggy Pop was at Max’s in Episode 6 (“Cyclone”), and he actually played a few weeks after the Wailers/Springsteen double bill. (Fun fact: the Village Voice sent a reviewer to one of the Max’s shows, and never published the article because the editor “wasn’t sure that either act would ever make it.”)

That blink-and-you’ll-miss-it shot will be the extent to which Bruce Springsteen appears in this episode of "Vinyl," so you can put down the torches and pitchforks. There are three scenes that take place at Max’s, and each one uses a different Wailers song. Ostensibly, this is because there is so much other action going on, but it’s interesting that the headliner of the evening is reduced to a walk-through. Did Springsteen nix his participation? Did "Vinyl" decide to cut their losses and not even try? Whatever the reason, there was definitely a sigh of relief when the show was over and we hadn’t had to sit through a terrible young Springsteen wanna-be.

Also of course of note is the appearance of John Lennon, who did hang out at Max’s, and is there with paramour May Pang--that’s not supposed to be Yoko--who he spent his time with during the legendary “Lost Weekend,” a period of about a year and a half where John and Yoko led separate lives, and she encouraged him to have an affair with Pang. The photographer who’s trying to get John’s photograph is probably an amalgam of all of the photographers that hung out at Max’s, but probably most closely resembles Anton Perich, known for his amazing photojournalistic images from upstairs at Max’s. However, given the Lennon connection, it could also be Bob Gruen, but Gruen was already a friend of John’s at this point and would have had no problems photographing him. (I also kind of feel like John would recognize a professional camera when he saw one, and would know that tourists wouldn’t be walking around Manhattan with a Hasselblad.)

And finally, Clark (Jack Quaid) makes peace with the mailroom by sharing his drugs, and Jorge (Christian Navarro) reciprocates by taking him to what looks like a Bronx house party. But Clark’s cocaine-fueled epiphany, “How could I miss this music!” when we’re talking about an Isaac Hayes cut from 1969, when “Shaft” already made Hayes a household name in 1971 (and that’s without his career as house songwriter at Stax) means that Clark is officially either the worst A&R guy in the history of the world, and should stay in the mailroom. But he’s clearly going to find something that will buy him a reprieve, when honestly Jorge shouldn’t even give him the time of day.