Sanders supporters used signs in the streets and hashtags online to get the message out: “Stop hiding Bernie" 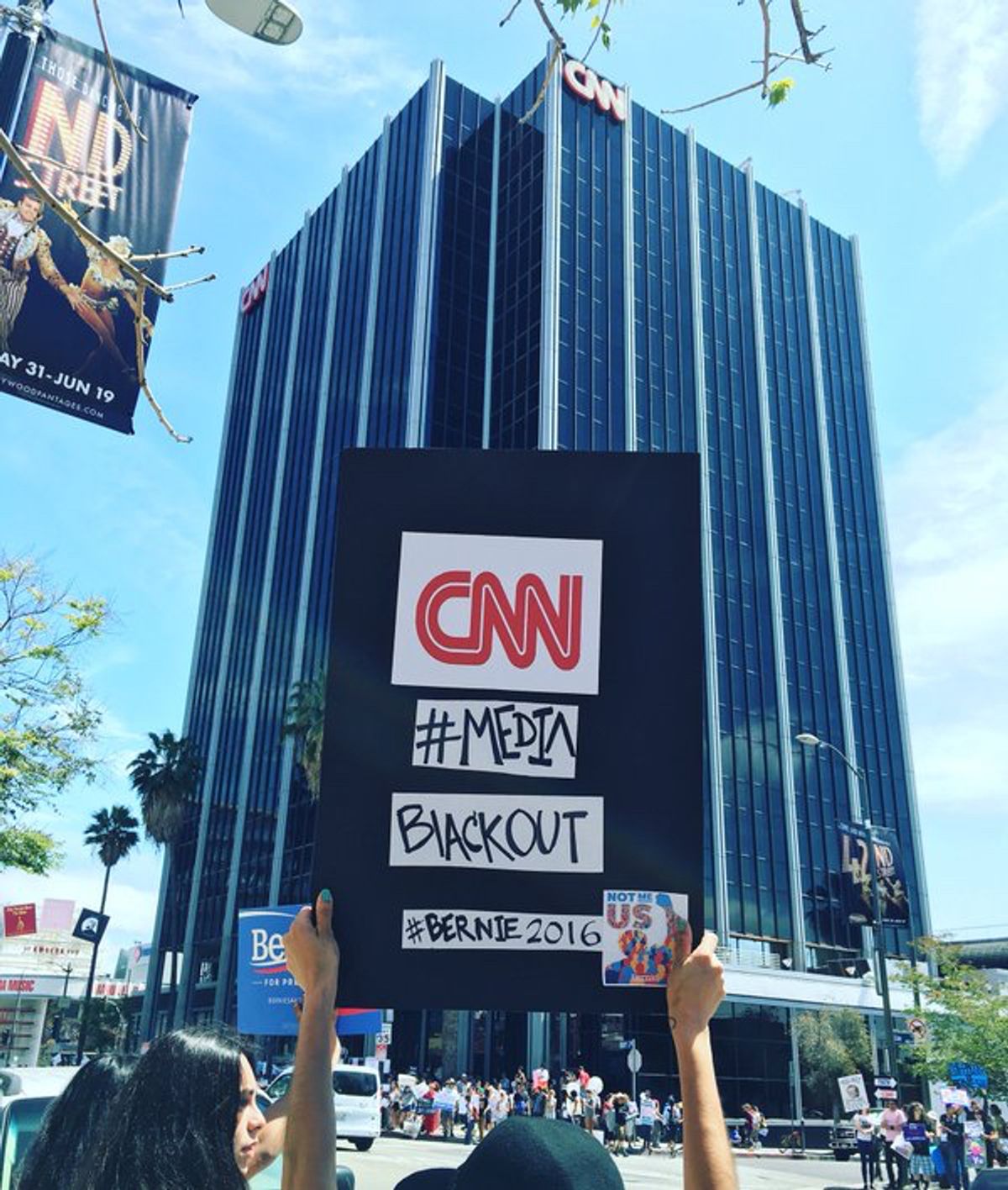 Supporters of Bernie Sanders gathered outside the CNN building on Sunset Boulevard in Hollywood, California, on Sunday to protest the cable news network's scant coverage of the Democratic presidential candidate.

The local Los Angeles NBC News affiliate reported that around 2,000 dedicated Sanders supporters (a local Fox News affiliate puts the figure as low as 200 people) took to the streets to share protest signs referring to CNN as the “Clinton News Network" and calling on the network to “Stop hiding Bernie":

Sanders supporters accused CNN and other media outlets of bias against the Vermont senator. While online the network just ran an op-ed from on-air contributor Sally Kohn calling Sanders "this year's biggest story," much of CNN's television coverage has been devoted not to Sanders, but to Republican presidential candidate Donald Trump.

"I used to be a CNN junkie, I used to watch it 24/7,'' one protester said during a feed streamed on Periscope. "Now, CNN spends 90 percent of the time covering Trump, and there are so many issues other than Trump arguing or bickering with people.''

“Stop showing Trump so much,” said the man interviewed by Periscope user @SandersFangirl. “Stick to the issues.”

Protests in the streets were also bolstered by Sanders supporters online using hashtags like #OccupyCNN and #BernieBlackout to complain of a lack of coverage for the Sanders campaign. The #OccupyCNN hashtag was for a time on Sunday the third top-trending topic on Twitter and according to the Trendsmap social-media monitoring service, #OccupyCNN hashtag was trending globally in Asia, Europe and South America:

For its part, CNN has not yet commented on the protests. No word on whether other protests are planned for outside of CNN's global headquarters in Atlanta, Georgia.