Caitlyn Jenner to guest on "Transparent": Lyrical drama gets a glam infusion in this inevitable match-up 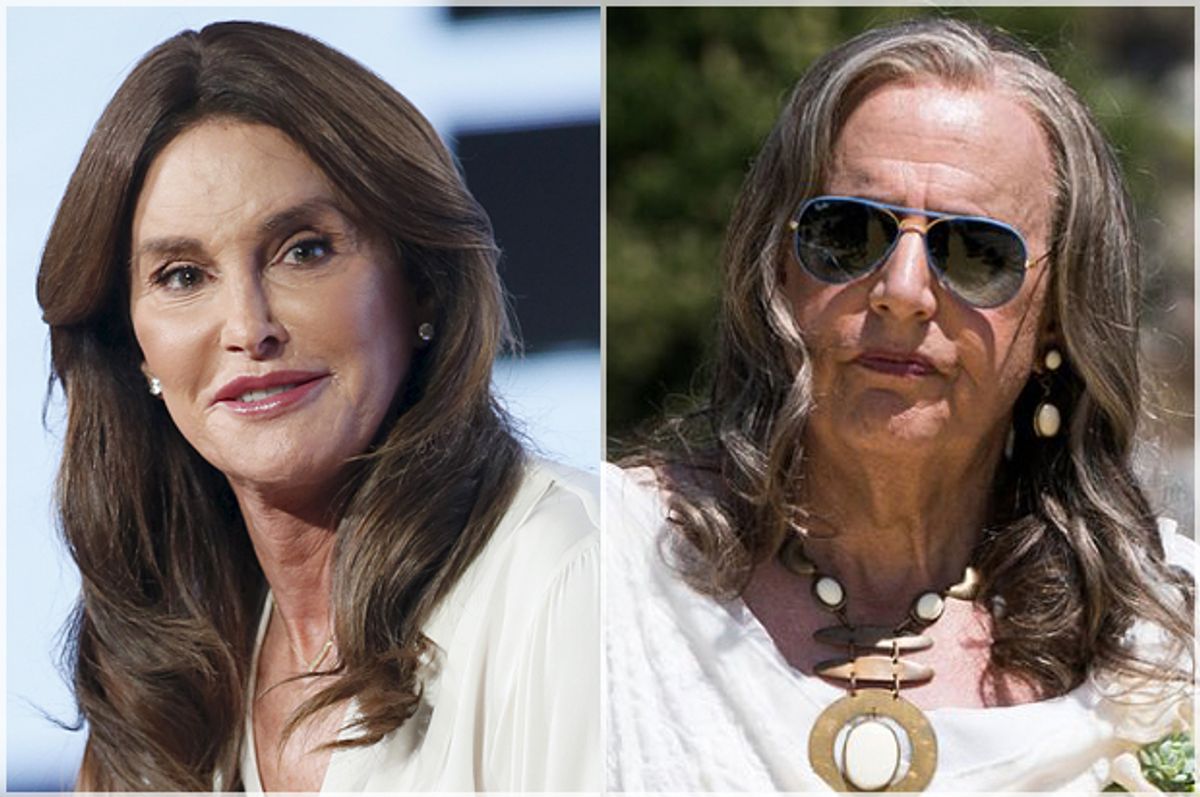 This weekend at the GLAAD Media Awards in Los Angeles, “Transparent” creator and showrunner Jill Soloway told the Associated Press that Caitlyn Jenner—the former Olympian and current reality star who came out as a trans woman last year and has quickly become an icon of trans visibility—will be a guest star on season three of the Amazon Studios show. Her episodes are taping next week.

“Transparent,” my pick for the best show of 2015, follows the story of a 70-something father of three who finally comes out as a transgender woman named Maura, played by Jeffrey Tambor. Jenner came out shortly after “Transparent”’s debut, and cited the show as an inspiration; since then, as her show “I Am Cait” focused on her new life as an out trans woman, Jenner visited the set of “Transparent” and became friendly with Soloway and Tambor (which maybe went towards erasing some of the ill will this Facebook post kerfuffle started). Given that history, it’s not too surprising that Jenner ended up on the show.

But, it's still a funny juxtaposition. The glitzy, bronzed, selfie-obsessed Kardashian-Jenner clan could not be more different from the sensitive, pasty-white, secularly Jewish Pfefferman clan of “Transparent,” and yet they are moving closer together—both because of this shared parental experience and because through Soloway’s expertise, the inner lives of the fictional Pfeffermans feel just as accessible as the over-exposed Kardashian-Jenners. Jenner’s appearance on the show adds an interesting thematic resonance to “Transparent”; so much of Maura’s journey has been about being isolated, except for her fraught connections to her family. Whoever Caitlyn Jenner plays on the show—probably a trans woman, maybe even herself in a cameo—she reminds both Maura and the viewer that Maura is not all that unique or isolated.

At the same time, Jenner’s brand of trans activism is sometimes a bit suspect. Jenner is a Republican—a classic, fiscally minded Orange County Republican, to be sure, but that’s a stance that is more and more risible given the proposal and passage of bills like this from Republicans across the country. Last month voiced her support for Senator Ted Cruz, even while noting how bad he is on trans issues; to bridge that gap, she offered to be his “trans ambassador.” It’s a generous, high-minded offer, but one that seems incredibly naïve, too, in this political climate.

Additionally, Jenner’s rise to icon status is not because she was the first trans woman or anything, but because she is the first trans woman who originally lived in the world as a famous, rich white man. Laverne Cox and Janet Mock, for example, were both out and active well before Caitlyn Jenner rose to prominence, but neither of them has been on the cover of the stylish and upscale Vanity Fair. Controversy and scandal dog the Kardashian-Jenners, but they also live a life saturated with privilege; most trans women do not, which makes Jenner’s status as unofficial representative for the trans community rather frustrating.

Indeed, one of the reasons “Transparent” so anticipated Jenner’s story is because the Pfeffermans also live a life of privilege, shielded, apparently, from quotidian concerns of money. Tambor’s Maura lived in the world as a white Jewish man named Morty, who became a successful and powerful professor; the family’s problems, while incredibly moving and evocative, are often rooted in privilege, whether that is the issue of moving in or out of a beautiful Los Angeles house, or skipping a bat mitzvah, or speaking to an estranged parent that is comfortably ensconced in an assisted-living center. These are often universally appreciable situations, but compared to the most common issues for trans people in America—violence, homelessness, and workplace discrimination—they are a metaphorical walk in the park.

This is a long way of saying that I’m a tiny bit skeptical of Jenner’s appearance on the show next season, even though I know very little about it right now. Jenner’s brand of trans identity and activism is one “Transparent” already exhibits in spades, and sometimes runs the risk of immersing itself in entirely; reiterating the Pfeffermans’ existence in a bubble of California privilege doesn’t excite me about season three.