BBC has assembled a dream team of "Dr. Who" and "Skins" creatives to give the brilliant trilogy its proper due 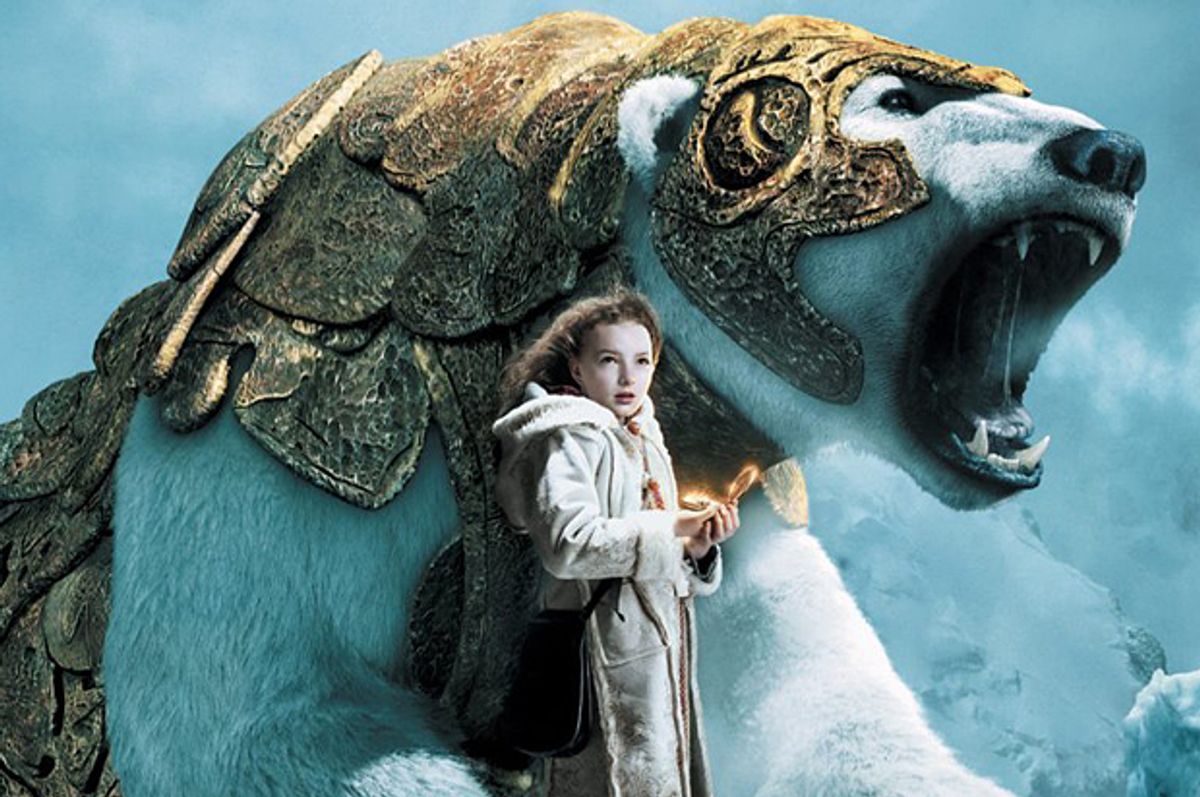 What happened? One of the strangest missed opportunities in recent years was the film of Philip Pullman’s “The Golden Compass,” the first of the “His Dark Materials” trilogy. How could one of the best fantasy series since Tolkien’s end up becoming such an inert film? Even with Nicole Kidman and Daniel Craig in the leads, the movie came across as an overblown spectacle with very little heart, memorable mostly for its armored polar bears.

Fans of Pullman’s books are not only getting a second chance, they’re getting one with a much better chance of doing the novels justice: The previously announced project by the BBC now has the “Dr. Who” producer team Jane Tranter and Julie Gardner and screenwriter Jack Thorne, who established his reputation with “Skins.” If done right, “His Dark Materials” should have some of the same tone as “Dr. Who” – its mix of cheeky, geeky, intense, and obsessive.

But the best thing about the project is that the BBC seems committed to adapting all the books. The trilogy – “The Golden Compass,” “The Subtle Knife,” and “The Amber Spyglass” – sits somewhere between “The Lord of the Rings,” the Harry Potter books, Ursula K. Le Guin’s “Earthsea” series, and “Paradise Lost.”

The books follow a 12-year-old girl who has grown up in a college at Oxford and is launched into an adventure in multiple universes. Any description of it will make it sound like just another YA series – especially the way people are accompanied by an animal daemon and her meeting with a boy named Will -- but these books hit a sweet spot that make them ideal for adults as well. They include subtexts about quantum theory and atheism and Calvinism, quotes from Blake and Rilke, and a complicated philosophical frame. The story gets more sweeping and expansive as it goes on. By the end, it’s truly cosmic.

They’re the kind of books, in other words, that really need to be stretched out the way the BBC will, with eight parts planned. The film felt cramped at two hours; New Line cut the movie mercilessly, and director Chris Weitz saw his vision for the film destroyed.

So I’m hoping that not only will the BBC and the others back off a bit, but that they’ll capture some of the depth of the novels. That means letting the ideas – Pullman’s religious skepticism for instance – into the adaptation instead of running scared. The film avoided most references to religion, but the Catholic Church and others described the movie as an attack on religion, which it wasn’t.

But the series needs to take Pullman’s criticism of religion seriously. Britain has a much different religious landscape than the U.S. – and suspicion of Catholic hegemony, which ruled Britain for centuries, is deeply rooted there. It wasn’t religion itself that Pullman hated, but its strict hierarchies and censorious and pleasure-denying tendencies. "Every advance in human life," Pullman wrote in the series’ second novel, "every scrap of knowledge and wisdom and decency we have has been torn by one side from the teeth of the other. Every little increase in human freedom has been fought over ferociously between those who want us to know more and be wiser and stronger, and those who want us to obey and be humble and submit."

Take this argument and the other ideas out of the adaptation and you get mostly an overblown adventure story about two kids and armored polar bears.

A 20th anniversary assessment of the novels on Vox got at what makes them distinctive: “The trilogy presents the world in ways that can be shocking when you're a child and are still compelling when you’re an adult: It grows with you in the way the best books always do.”

These books have sold more than 17 million copies. You don’t have to be an atheist or a fantasy nut to check them out any more than you need to be obsessed with India to love Rushdie’s “Midnight’s Children.”

And given what the BBC has done with the Sherlock Holmes stories and “Jonathan Strange and Mr. Norrell,” these new details are likely to be the best news bookworms will get all week.