Some argue that whites are voting less for Dems owing to a lack of progressivism. The data tells a different story 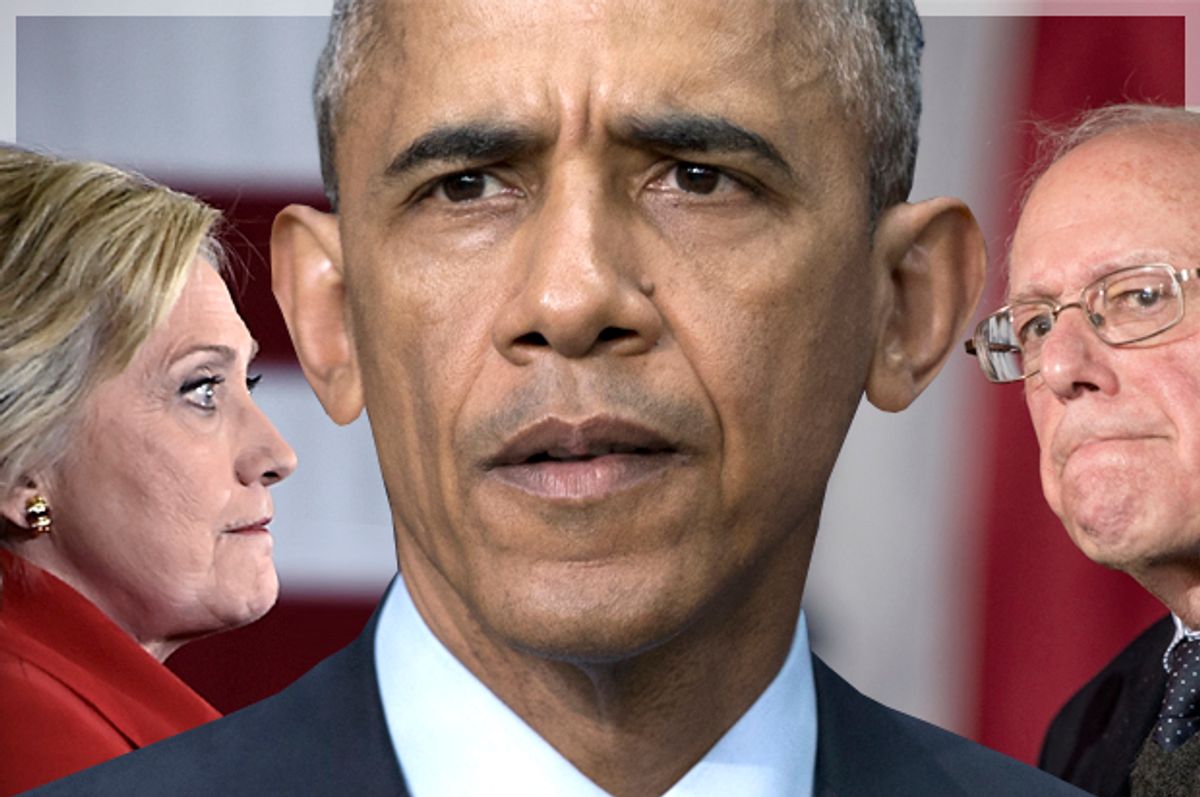 In a recent New York Times piece, Nick Confessore explores why Donald Trump has proven so successful with whites. His piece, while admirable in many ways, obfuscates the role of race in Trump’s rise and the white working class abandoning the Democratic Party.

One theory for why whites are leaving the Democratic Party is because Obama is not progressive enough. This impression has been heightened by recent comments made by Susan Sarandon, who said she wasn’t sure if she could vote for the similarly centrist Hillary Clinton in a general election.

Did whites not vote for Obama because he wasn't progressive enough?

The simple answer is no. A vast political science literature shows that racism is indeed what is causing whites to leave the Democratic party. Explanations that obscure the importance of race simply cannot explain the voting patterns of white Americans.

American National Elections Studies (ANES) includes a series of questions that ask respondents to place themselves, the parties and the candidates on a one to seven scale. By comparing how a respondent places Obama and themselves, I can examine the percentage of Americans who place themselves to the left of Obama. I examined four questions: government services and spending, guaranteed jobs, ideology and government funded health insurance. (See the questions here.) I examined all whites and the white working class (whites without a college degree). However, there are further problems with the theory that Obama’s lack of progressivism caused whites to leave the party. Examining only the ideological scale, I find 74 percent of whites (and 66 percent working class whites) who identify as being more liberal ideologically than Obama identified as Democrats. Only 15 percent (and 20 percent) of those more liberal than Obama identify as Republican. Further, most whites who are to the left of Obama still voted for him. Among whites more liberal than Obama, 22 percent did not vote, 68 percent voted for Obama, and 10 percent voted for Romney. The percentage of whites who rate themselves ideologically more liberal than Obama and don’t identify as Democrats is nearly 4 percent of the full sample of whites, and the percentage who didn’t vote for him a bit more than 4 percent of the sample. These data suggest it’s unlikely that there has been a mass exodus of whites because they perceive Obama as “not progressive enough,” simply because there are very few whites who see themselves as more progressive than Obama. (The numbers are similar for the Democratic Party.)

Narratives that focus on either Obama’s lack of progressive accomplishments (although he has many) and “economic anxiety” are dangerous because they obscure an important reality: Whites left the Democratic party because of racism. One of Confessore’s data sources is a Pew survey that shows partisan identification shifting from between 2008 and 2012. The datapoint examines party identification, but some commentators were confused, and believed the chart implied that large numbers of white voters chose Obama in 2008 and then shifted toward the GOP after. But the political science literature suggests that in reality, Obama lost votes in 2008 due to white prejudice. Political scientist Michael Tesler’s book "Post-Racial or Most-Racial?" explores how Obama’s election has racialized American politics. He shows that racial resentment even affects how Americans feel about Barack Obama’s dog Bo. The charts below, from Tesler's book, shows that “the effects of racial resentment on support for Republican presidential candidates were roughly twice as large in Obama’s two elections as their average effects were between 1988 and 2004.” The charts show that the same effect exists for two other measures of racism: negative stereotypes (for instance, the belief Black people are lazier than Whites) and feeling thermometers (when respondents report warmer feelings towards Black people than White people). In another recent article, Jason McDaniel and I showed that racial stereotypes and racial resentment strongly predict support for Trump. The model we used to show this includes variables that measure free trade, economic perceptions and income. But these effects simply aren’t as powerful at predicting Trump as racial resentment. Similarly, sociologist Philip Cohen and I showed how racial stereotypes animate Trump support. A study by political scientist Brian McKenzie finds that whites view economic hardship through a racialized lens, which fits with the arguments McDaniel and I made. Obama’s election has brought to the fore issues of race, and continued the trend of racist whites leaving the Democratic Party. Many of these whites have now embraced Trump. That story is intimately tied to race. Arguments that obscure this reality ultimately do more harm than good.