"There is no recipe to create the perfect child": Controversial child-rearing expert Amy Tuteur has fascinating chat with Reddit users about "skeptical parenting" 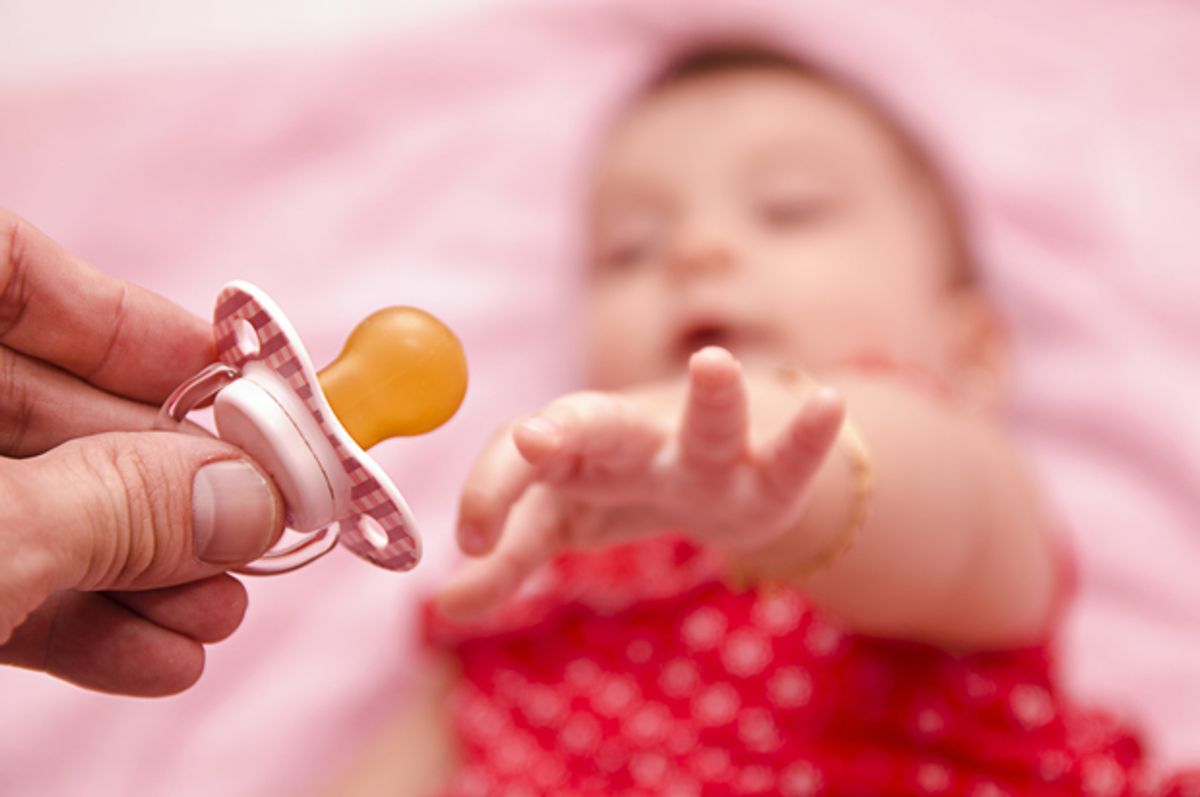 How many times have you sat across from your friends, and started a playful rhetoric on parenting, which turned into a heated debate on raising superior beings? Perhaps you're on the side of natural parenting, which encompasses breastfeeding and attachment parenting. Or maybe you prefer a more distanced approach, and subtle direction. Either way the Internet has your back.

Dr. Amy Tuteur, a controversial obstetrician-gynecologist, who has spoken on the dangers of home birth, started a Reddit Q&A this morning titled "Skeptical Parenting" debating the popular and more nuanced way to raise children.

Here are some of the best comments from the thread:

— "I live in Sweden where 1.5 years of parental leave is the norm. Sweden also has a high breastfeeding rate (80% of new mothers breastfeed at 6 months). I have no data on why, but I find it quite likely that a lot of people breastfeed because they can without risking losing their jobs or having to become stay at home mothers for the rest of their lives," writes lk09nni

— "Breastfeeding is good! I breastfed 4 children. However, the benefits of breastfeeding have been exaggerated. The truth is that in countries with clean water supplies, the only benefits confirmed by solid scientific evidence are 8% fewer colds and 8% fewer episodes of diarrheal illness across the entire population of infants in their first year," writes Dr_Amy_Tuteur

— "What about research that shows breastfeeding has a positive effect on gut bacteria throughout your entire life? The lack of breastmilk in this case wouldn't necessarily cause diarrheal illness, but would have an effect on the infant's digestive system potentially for many years to come," writes lock_the_universe

— "As a parent of a young child and someone with a knowledge of psychology, I was really struck by how attachment parenting seems to lead to the exact opposite of secure attachment.  It seems that the most anxious mothers are those who don't allow their children to deal with distress in small, controlled doses and thus constantly confirm their need to be overbearing with their children because of their inability to deal with distress," writes ImNotJesus

—"The irony of attachment parenting is that is completely opposite to everything we know about infant attachment. As Bowlby and others showed, attachment requires only the "good enough" mother. Attachment theorists never studied infant feeding, baby wearing or the family bed because they found that it wasn't specific parenting behaviors that led to attachment, but rather the child's sense that his or her needs were being met," writes Dr_Amy_Tuteur

—"I shared these feelings with my European friends, and they couldn't understand why I could feel this way. They assured me that I would be a good mother even if I didn't follow the more "American" parenting methods. They also couldn't understand how I could possibly go back to work if I had all the demands of "American/attachment" parenting on me. They encouraged me to put my needs first, so that I have be my best, healthiest, rested self to my children. That isn't possible at all with attachment parenting," writes Sshortcake69

—"Natural childbirth, lactivist and attachment parenting were started SPECIFICALLY to force women back into the home. It's not a side effect; it's the desired effect.," writes Dr_Amy_Tuteur

—"My main concerns are women giving birth with their feet in stirrups as opposed to squatting, which removes the assistance of gravity and makes childbirth arduous and longer then necessary, as well as the worryingly high rate of c-sections present in our society today. As far as I know, passing through the vaginal canal is extremely beneficial to the infant, seeing as the burst of adrenaline they get through the navigational process clears the pre-natal mucus from their lungs, as opposed to a c-section in which this does not occur and can be linked to breathing problems," writes lock_the_universe

— "I could just as easily say that the problem with medical childbirth and formula feeding is that it treats childbearing and rearing as purely physical concerns for a biological machine, when it turns out that children are people who need relationship and care beyond their simple evacuative and nutritional needs," writes anderbubble