Beyoncé on "Formation" flap: "Anyone who perceives my message as anti-police is completely mistaken"

"But let's be clear: I am against police brutality and injustice. Those are two separate things," she told Elle UK 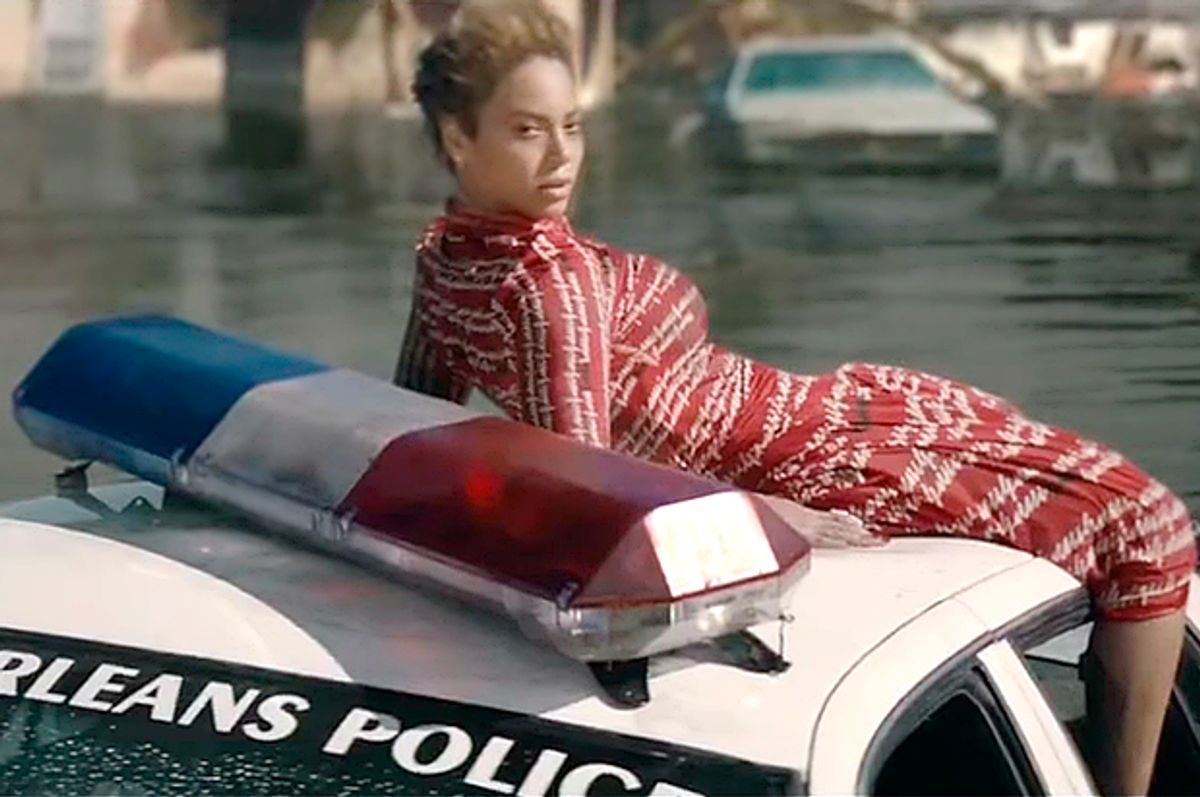 Beyoncé is defending claims she is anti-cop after sparking controversy with her video "Formation" and Super Bowl performance in February, which featured backup dancers dressed reminiscent of 1960s-era Black Panthers.

The video, which included a scene of a black child dancing in front of white police officers, Beyoncé atop a police car in a flooded New Orleans and plenty of Southern colonial tropes, became a statement overnight in the ongoing dialogue about race and criminal justice reform in America.

In an exclusive interview with Elle UK, Beyoncé said as an artist she's willing to use her influence to provoke conversation on one of the nation's most polarizing debates.

"I think the most powerful art is usually misunderstood. But anyone who perceives my message as anti-police is completely mistaken," she said. "I have so much admiration and respect for officers and the families of officers who sacrifice themselves to keep us safe. But let's be clear: I am against police brutality and injustice. Those are two separate things. If celebrating my roots and culture during Black History Month made anyone uncomfortable, those feelings were there long before a video and long before me. I'm proud of what we created and I'm proud to be a part of a conversation that is pushing things forward in a positive way," the singer said.

Others, such as the Tampa police department, have defended Queen Bey, posting on Twitter: "What?! @TampaPD officers have been in #formation for days signing up to keep the #Beehive [sic] safe! #Truth #Fact".