If you want to claim it's secular, perhaps stop referring to it as "the Holy Bible" please? 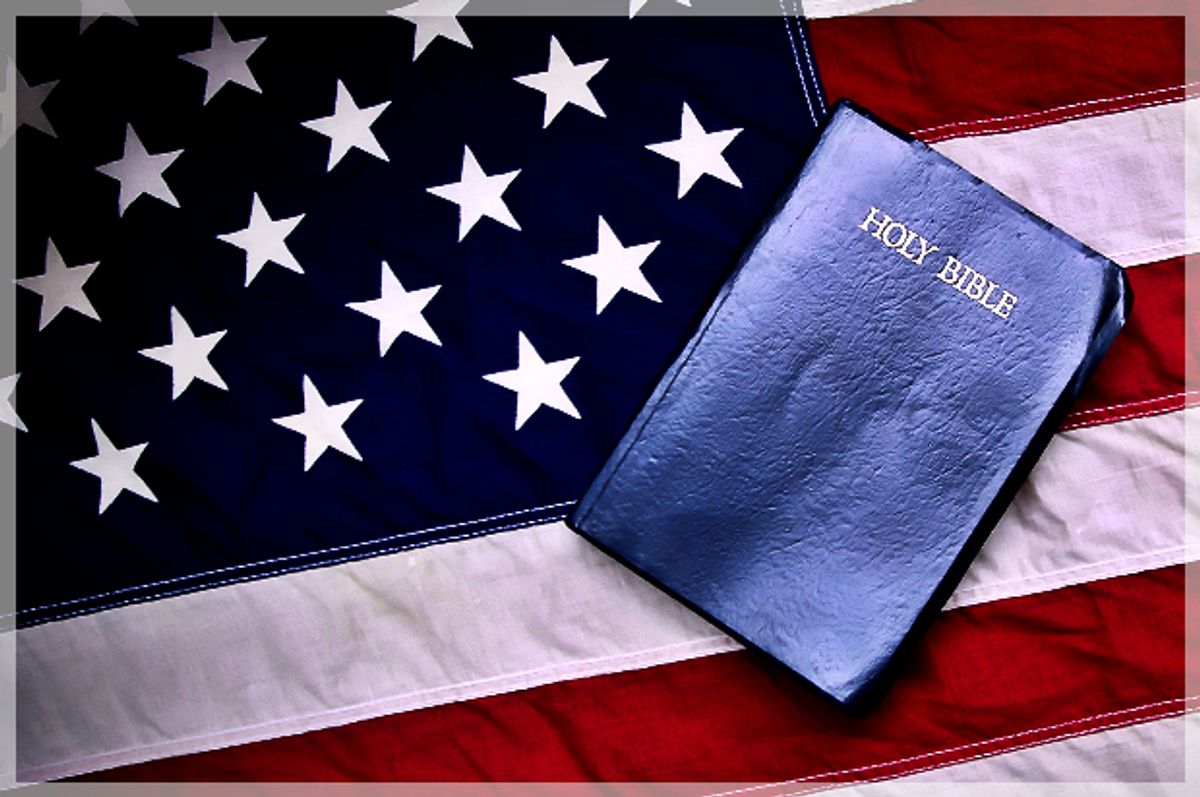 It was approved by a 19-8 vote in the state senate, and is now set to arrive on the desk of Republican Governor Bill Haslam. In the past, Gov. Haslam has said that he would refuse to sign any such bill, citing the constitutional mandate that "no preference shall ever be given, by law, to any religious establishment or mode of worship."

Senator Jeff Yarbro (D) noted as much, saying that while he understands "it's hard to vote against the Bible, we have an obligation to the Constitution."

But supporters insist -- because of course they do -- that they are only interested in the book as an historical artifact of unparalleled importance to the growth and development of the United States. As the bill's author, Steve Southerland (R) said, invoking the I-have-a-Jewish-friend exception, "the Holy Bible is a history book."

(Southerland seemed not to notice that he referred to this secular text of mere historical import as "the Holy Bible" in his defense of its non-religious significance. But that happens.)

Fellow Republican Kerry Roberts agreed, saying that "the very founding of our nation — the very form of government that we have today — was put forth by men of faith, based on their faith, based on what they read in Holy Scripture."

"This book has done more to bring us to where we are today than any other book in the history of mankind," he added.

The executive director of the ACLU-Tennessee, Hedy Weinberg, told the Tennessean that "lawmakers' thinly veiled effort to promote one religion over other religions clearly violates both the United States and Tennessee Constitutions, as our state attorney general has already pointed out. Privileging one religion over another not only tramples on the Constitution, it marginalizes the tens of thousands of Tennesseans who choose to practice other religions or not to practice religion at all."

Such nuance was, of course, lost on Fox & Friends' Abby Huntsman, who merely noted that the state was "living up to its Bible belt reputation."