"I'm dropping in, not dropping out": John Kasich refuses to bow out 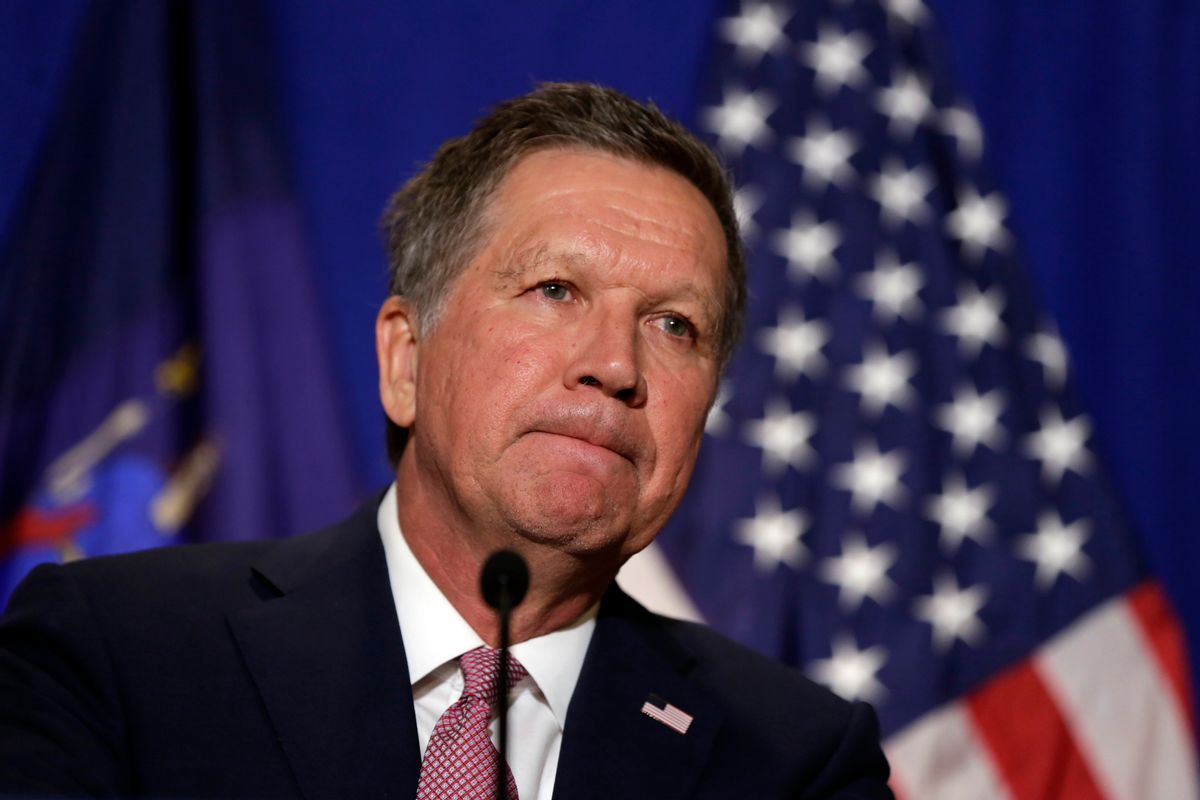 Republican presidential candidate, Ohio Gov. John Kasich listens to questions during a news conference in New York, Thursday, March 31, 2016. Kasich is convinced he can swing hundreds of delegates to swing his way at a contested summer convention by assuring that only he can usher his party back into the White House.(AP Photo/Richard Drew) (AP)
--

Despite it literally being impossible for John Kasich to gain the necessary delegate count, the presidential candidate said he would pardon himself only if he lost the primary in his home state of Ohio — but he came out on top and soldiered on as promised.

During last night's interview with FOX's Greta Van Susteren, Kasich stressed that he's the only GOP candidate to consistently beat Hillary Clinton in polls, and by the largest margin.

But unsurprisingly, the biggest advocates for Kasich's dismissmal from the race have been his GOP counterparts, Donald Trump and Ted Cruz.