Respect for Marcia Clark: Years after the humiliation, sexism and scrutiny during the O.J. trial — Clark finally getting well-deserved appreciation 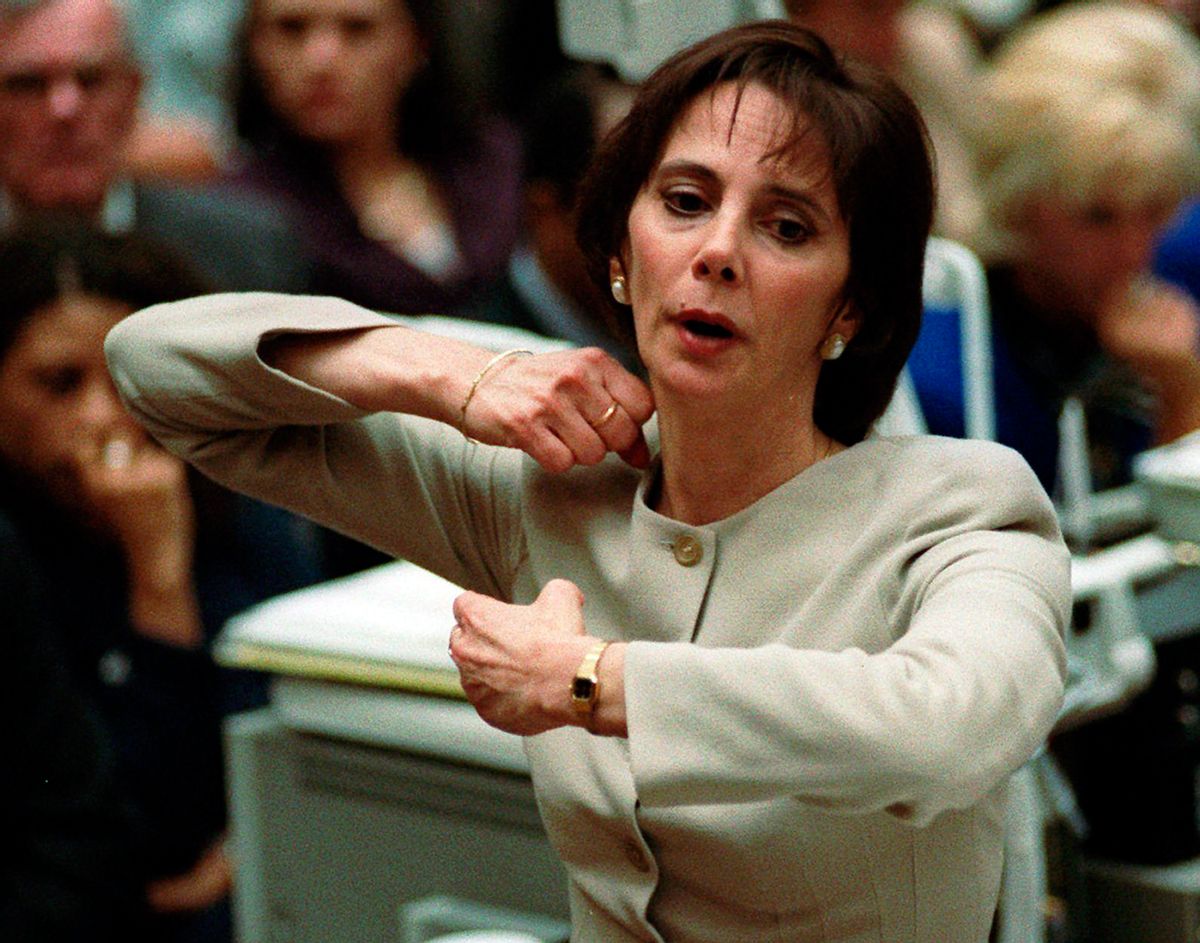 Marcia Clark is having her moment – 20 years after her first uncomfortable brush with fame.

"It's crazy ['The People v. O.J. Simpson'] turned out to be so good — never expected that," Clark says in a recent interview with Broadly.

At the time of the trial in 1994 and 1995, Clark was demonized in the media the victim of sexist scorn. Insults ranged in scope from the fact that she was a single mother of two, had nude photos leaked in the "National Enquirer," and, of course, about her hair.

In retrospect, Marcia Clark is a feminist hero, standing up for the life of a woman who was unjustly abused by her husband.

In 1994, Clark, who had dreamt of being a crime writer but settled on law due to finances, heard the evidence against celebrity O.J. Simpson and was immediately intrigued by the case. All the evidence pointed to him: the DA had found a bloody 12-size shoe print (same size as Simpson), a pair of bloody socks at the foot of Simpson's bed, the victim's blood in Simpson's Ford bronco and the list goes on.

In a Hollywood Reporter interview last week, Clark described how she herself was a victim of a heinous crime at age 17. While on vacation in Israel, she was raped by a waiter but kept the attack hidden until after the frenzy of the Simpson trial had settled.

"I realized I wanted to stand up for the victims, and that's when I became a prosecutor," Clark says.

Previously a high-profile case meant a photographer showing up to an arraignment, with the Simpson case, press were camped outside the courthouse and home of the defendant 24/7. Judge Lance Ito, who presided over the trial, even let celebrities visit the chambers. Clark was suddenly thrust into the spotlight.

To counter Simpson's flashy defense attorneys, Clark went for a simple, professional look. She wanted to look serious. It was also pragmatic: she had two boys at home and was working full time. She had no time for grooming. But the media mocked her appearance ruthlessly, so much so that she finally decided to get a haircut.

"As for my hair, here's the true 'saga,'" Clark tells Broadly. "I had it permed long before the trial. I had two babies at home and no time for hair drama. When the trial started, I got my hair trimmed, which made the perm kink up a bit (less weight on the hair makes it curl up more). Then, when the perm started to grow out and look scraggly, I had no time to get it permed again, so I just blew it out, because my hair is naturally straight. And when I did that, the press had a field day."

Clark is now an author, specializing in crime; she is now on her fifth book.

"Back then [domestic violence] was still very much viewed as a family affair, something to be swept under the rug," Clark told Broadly. "[People thought], You don't wash your dirty laundry by calling the cops and that sort of thing. They didn't view it as a crime, let alone as a crime that often leads to murder—which it often does." Clark, though, remembers one person caring about the domestic violence problem: Kris Jenner. "[Jenner] brought out the witnesses of the domestic violence," Clark recalls. "She brought out Nicole's friends who saw her getting beaten or abused by him, so she was helpful."