Ted Cruz: Donald Trump's "henchmen" are trying to convince you that I cheated on my wife

Cruz also said "I don't care what Trump says anymore" -- but, of course, he actually said it, so probably not true 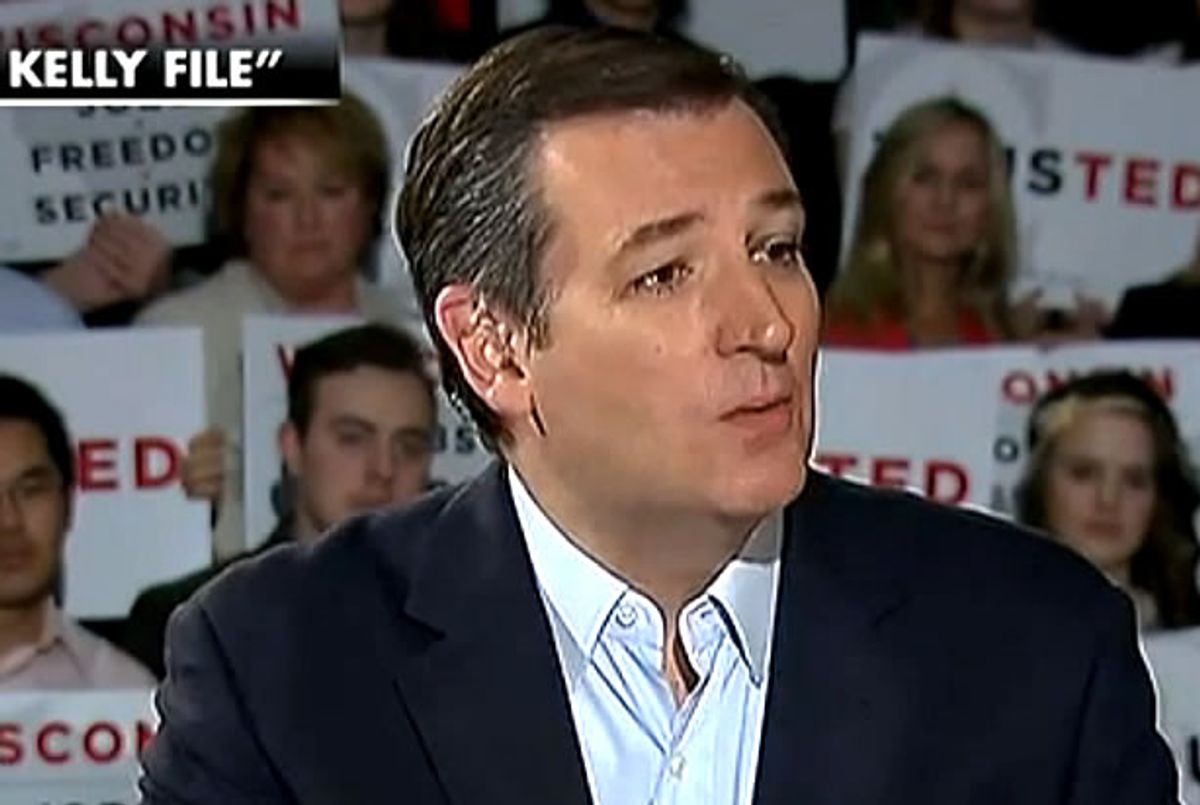 In an interview with Megyn Kelly on The Kelly File Monday evening, Texas Senator and Republican hopeful Ted Cruz denied that he has ever cheated on his wife, and implored viewers not to be deceived by what Donald Trump's "henchmen" leak to the press.

"Have you ever committed adultery in your marriage," Kelly asked, in reference to a National Enquirer article in which it was alleged that Cruz has had at least five "secret" mistresses.

"I have not," Cruz replied. "That attack was complete and utter garbage -- complete lies. I have always been faithful to Heidi, I love my wife, she is my best friend in the whole world. This is the kind of garbage that the Trump campaign engages in."

He added that he believes some of Trump's "henchmen" were responsible for the article, a claim he has made on previous occasions, but that he was tired of talking about Donald Trump says about him, because he's over the Republican front-runner.