Coulter also praised Wisconsin for being "the home of Joe McCarthy" 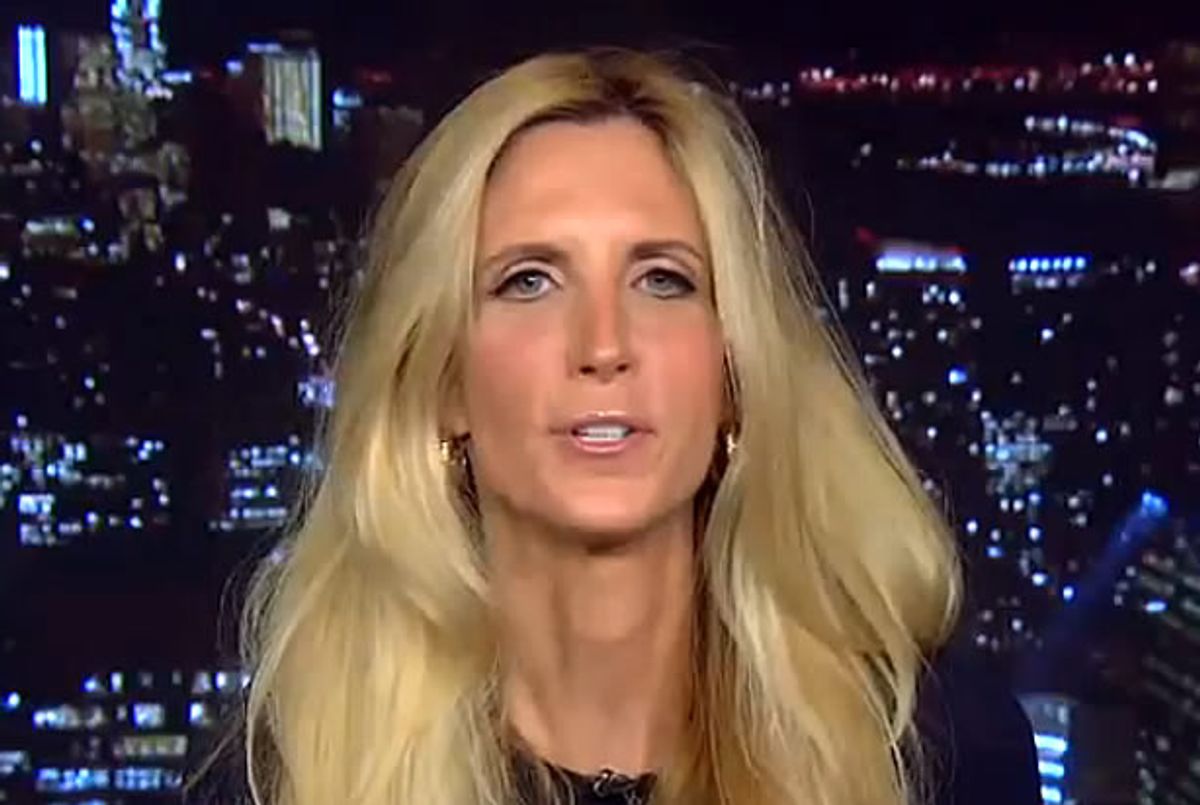 "I love Wisconsin," she began, "it's the home of Joe McCarthy, but no one says, 'As goes Wisconsin, so goes New York,'" referring to the fact that Texas Senator Ted Cruz won the state's primary on Tuesday.

"The way the primary calendar is set up, we're headed into a bunch of states that are good for Donald Trump," she continued, "but not for a preacher-type like Ted Cruz."

"I also think this 'woman thing,'" she said in reference to the fact that Trump is being attacked from the left and the right on statements he has made about women's appearances, "it's coming from the media. It's [not] as if he's saying all these horrible things about women. He sent out one re-tweet about one woman -- his opponent's wife, but only after his wife was attacked by that opponent."

Coulter added that the problem with the media reporting on what Trump himself says and does is that women are "so suggestible."

Later in the segment, she noted that on the issue of Trump's answer as to the question of abortion, she'd "be more concerned that women will be getting a lot more abortions if we don't close our border with Mexico and bring in all of Latin American rape culture."