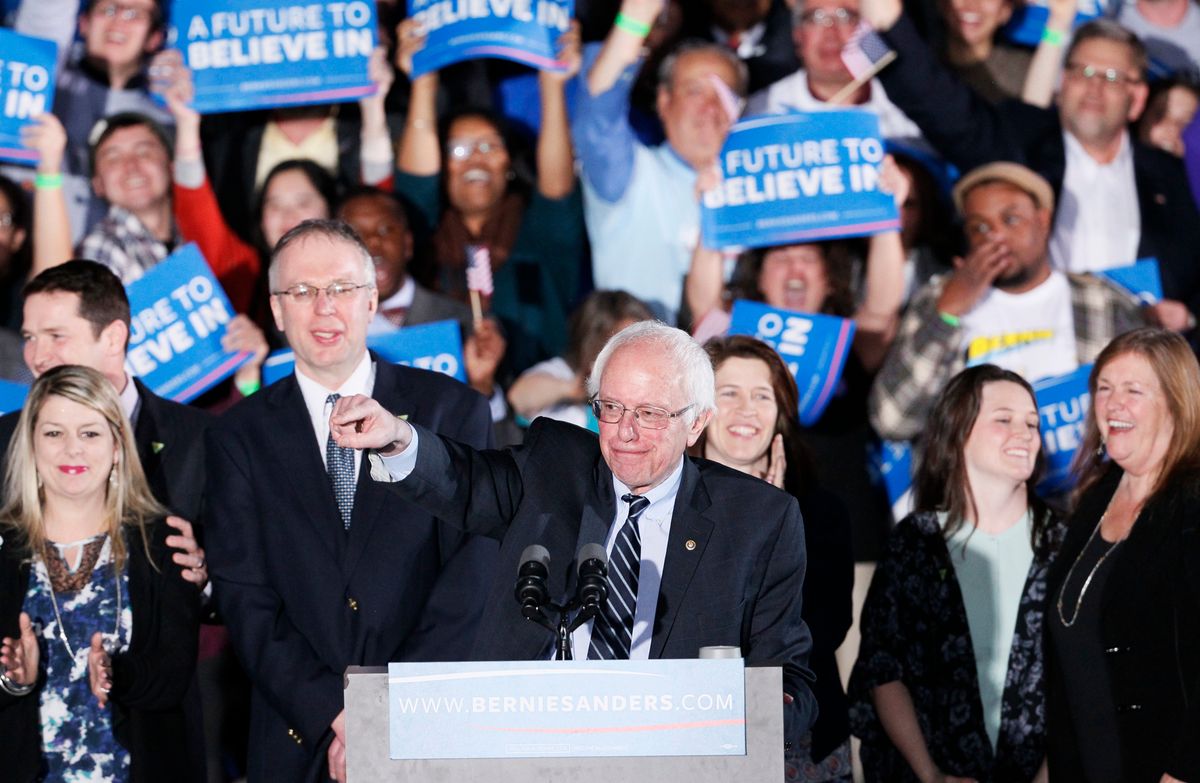 Wisconsin has pioneered access to the ballot box in America since passing same-day voter registration in 1975. But in recent years, Republicans have won a bitter battle to fight the conservative boogeyman of voter fraud by passing suppressive voter id laws, and in the first major election since passing such restrictions, these new laws look to have caused predictably long lines at college campuses and urban centers in this hotly election. Still, despite the reportedly high turnout and chaotic voter id implementation, the Democratic presidential primary was called in favor of Bernie Sanders minutes after polls closed at 8pm.

Fox News declared Bernie Sanders the winner in Wisconsin's primary Tuesday with less than one percent of precincts reporting. NBC News followed suit less than 30 minutes after polls closed in the Badger State. The Vermont Senator has now won six of the last seven Democratic contests against rival Hillary Clinton (or last seven of eight if we want to count Democrats Abroad).

Like in Arizona, which voted for Sanders last month and which is now being investigated by the Department of Justice, hundreds of voters remained in line waiting to vote while networks declared a winner. With more than 69 percent of precincts reporting, the Associated Press also called Sanders the winner in Wisconsin, beating Clinton 55.9 percent to 43.8 percent.

According to exit polls, Wisconsin's open primary format, like in past open primary states, significantly aided Sanders. The Vermont Independent won the support of 71 percent of Independents on Tuesday. Unfortunately for Sanders, the majority of open primary states have already voted. Still, according to exit polls, despite the increased voting restrictions, turnout from a core Sanders constituency, young voters, appears to have been the highest since 1976.

"The corporate media and political establishment keep counting us out," a Sanders campaign email to supporters touting "another overwhelming victory" read Tuesday night. "If we keep this up, we're going to shock them all and win this nomination."

On the Republican side, Ted Cruz successfully snatched certain victory out of Trump's jaws, delaying Trump's outright win of the Republican presidential nomination by blocking him from a win in Wisconsin and likely forcing a face-off at the convention in Cleveland. The Associated Press has declared the Texas Tea Party senator the winner with more than 49.5 percent of the vote to Trump's 33.6 percent.

Wisconsin's 42 delegates are divided into eight districts and are winner-take-all by district. Only 86 pledged delegates are up for grabs on the Democratic side along with 10 superdelegates. Wisconsin's primary has traditionally picked the eventual general election nominee in both parties in more than 90 percent of modern elections.