Florida woman sees Governor Rick Scott in a Starbucks and offers him a piece of her mind: "You’re an asshole! You don’t care about working people"

“You cut Medicaid so I couldn’t get Obamacare,” a stay-at-home mother shouted to Florida's Republican Governor 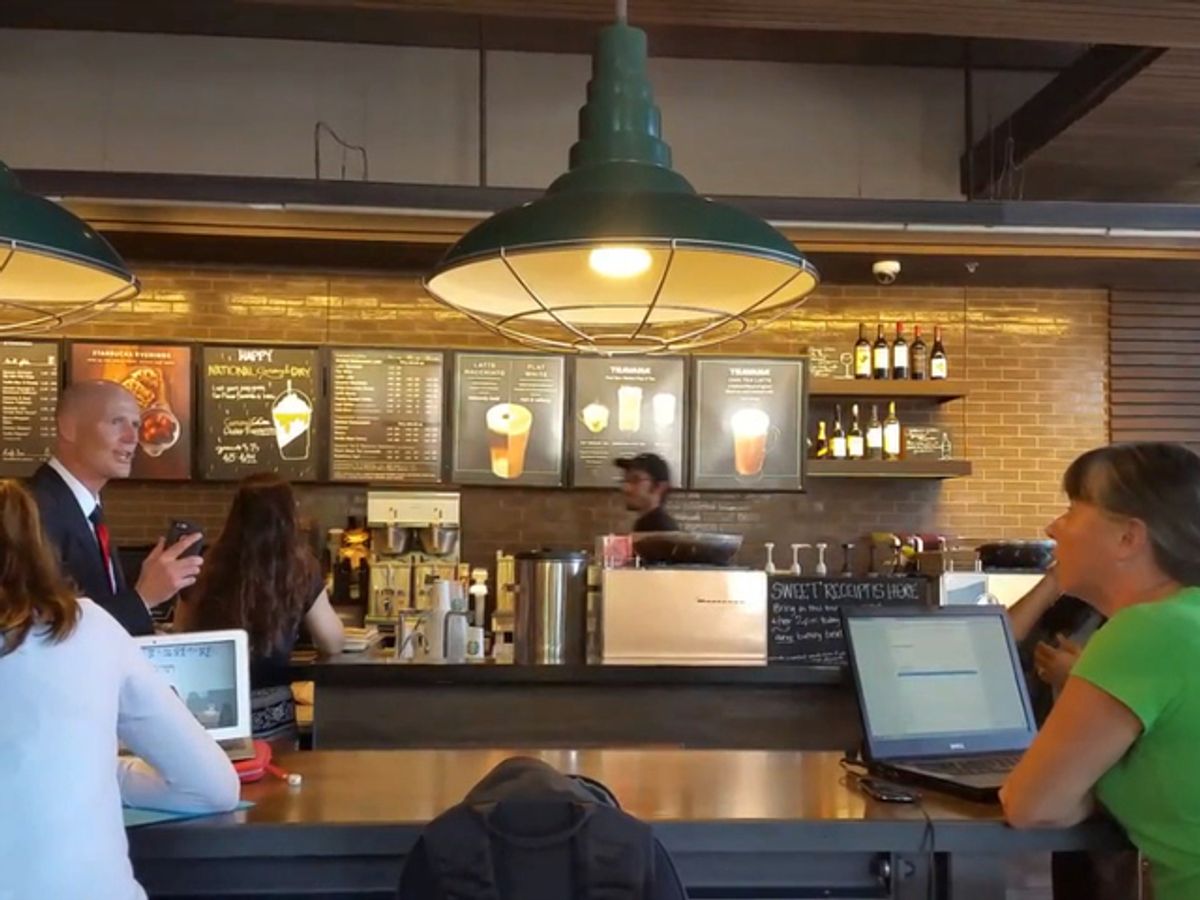 What would you do if had a chance encounter with the one politician you most disdained? What would you say if you ran into your governor at your local Starbucks?

Lake Worth resident Cara Jennings recognized Florida Governor Rick Scott as she worked at her local Starbucks in Gainesville on Tuesday. In a 47-second video posted online by Stephen Bender, Jennings is seen delivering a searing and passionate rebuke of the Republican governor's decision to not expand Medicaid in his state. Scott, a vocal and strident Obamacare opponent has refused to help implement the health care law in his state despite at times strangely indicating support for the law.

“You cut Medicaid so I couldn’t get Obamacare,” Jennings shouted at a startled and defensive Scott, as an aide rushed to calm the situation down. “You’re an asshole," Jennings continued undeterred, "You don’t care about working people. You should be ashamed to show your face around here.”

Scott's spokeswoman Jeri Bustamante then swooped in to divert Jennings' attention, but Jennings swiftly swated her down: "I'm not talking to you."

The Governor then attempts to spin his refusal to expand access to healthcare to low-income Florida residents into some sort of job creating measure. "We've got a million jobs," he reminded Jennings.

“Great, who here has a great job," Jennings sarcastically shot back, looking around the coffee shop. "I was looking forward to finishing school. You really feel you have a job coming up?”

"You should," Scott said softly.

As the Governor and his staff scrambled to exit the Starbucks without their coffee, Scott struggled to get a defense in as Jennings' powerful accounting of the conservative lawmaker's impact on the lives of many Floridians drowned him out.

Jennings, a 39-year-old stay-at-home mom, later told ABC Action News that she had recently been reading about Scott's defunding of Planned Parenthood, the 12th Republican governor to do so, despite a state agency dropping an investigation into the women's health provider ordered by Scott. Jennings said that when she recognized Scott's profile in line at Starbucks, “I didn’t think about whether I should do it or not. I thought, ‘Here’s my chance to tell the governor how I feel about the horrible bill.'”

“A number of people came up to me and thanked me,” Jennings told ABC.