In alleged audio tape, a man believed to be Sheen threatens "to spend 20 grand to have (Ross's) head kicked in" 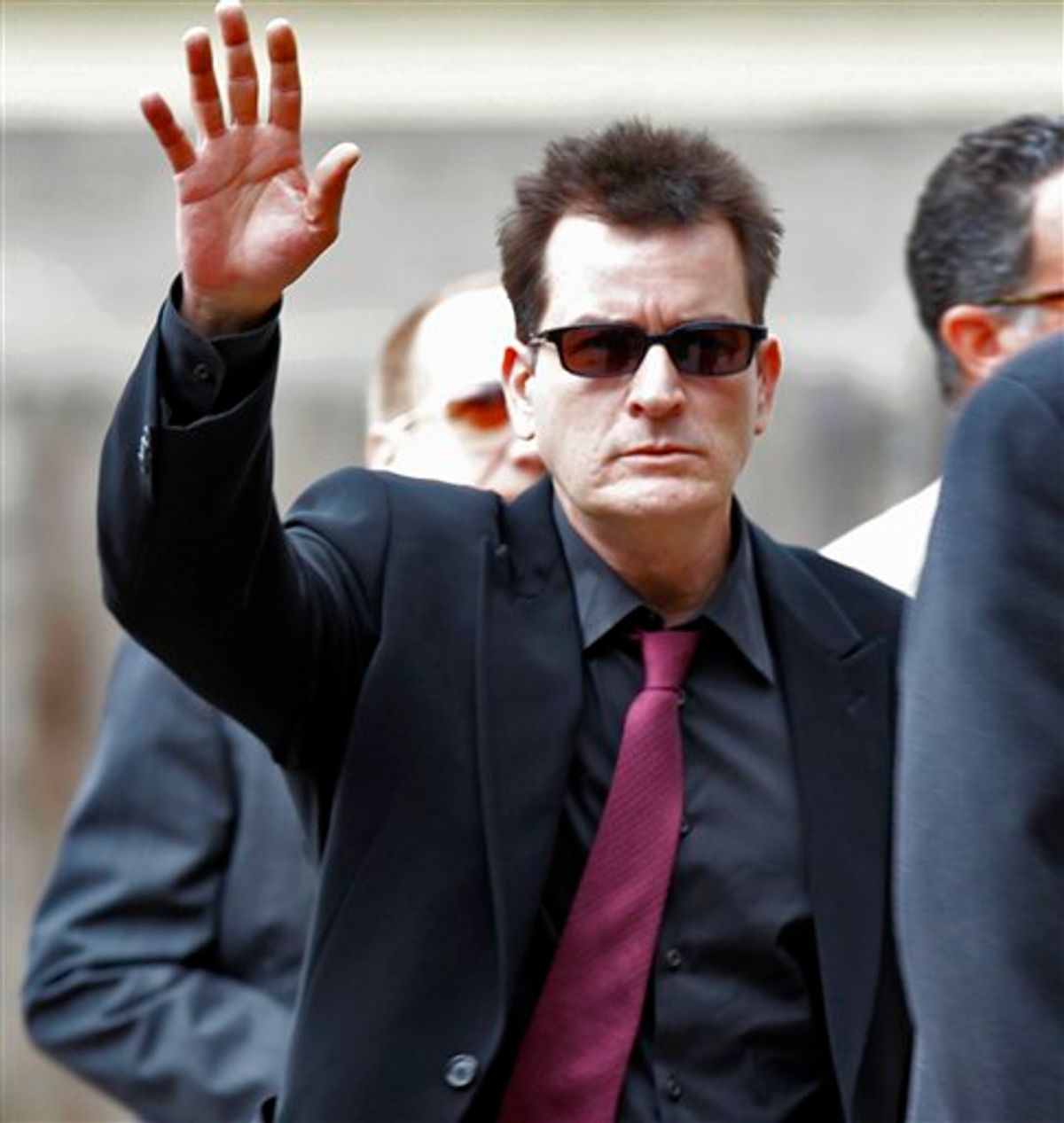 The NY Daily News on Wednesday reported that the LAPD has launched a felony investigation into allegations that the former-"Two and a Half Men" star Charlie Sheen in an audio recording threatened to "spend 20 grand to have" ex-fiancee Scottine Ross's "head kicked in."

The alleged audio recording, "caught on tape by one of the famous maniac’s ex-lovers," was first reported by RadarOnline, who claimed to have gotten a transcript from the National Enquirer.

In it, a man ("clearly Sheen," Radar claims) says, "I can't be fucking extorted."

Asked why he didn't tell his "ex-lover" the he was HIV-positive (which he made public last year), the man in the recording reportedly responded, "Because it's none of your fucking business."

An LAPD spokesperson told the Daily News that it has served a search warrant to "senior editors" at Radar in pursuit of the unreleased audio recording.

The department last week issued Ross an emergency restraining order against Sheen. In a subsequent interview with police, Ross claimed, "during the time she resided with Sheen she endured domestic violence, physical assaults and death threats," according to Radar.

"Ross reported that on several occasions Sheen had brandished firearms at her and threatened her life," the affidavit said. "Ross stated that she did not report the violence and abuse at the time the incidents occurred, as she feared for her safety and was under Sheen’s control."

Sheen has been accused of physically and verbally abusing women pretty regularly, lending even more plausibility to these latest allegations.

The investigation is ongoing.