Never apologize for carrying a Weezer lunch box! Amazing #IndieAmnesty confessions are nothing to be embarrassed about 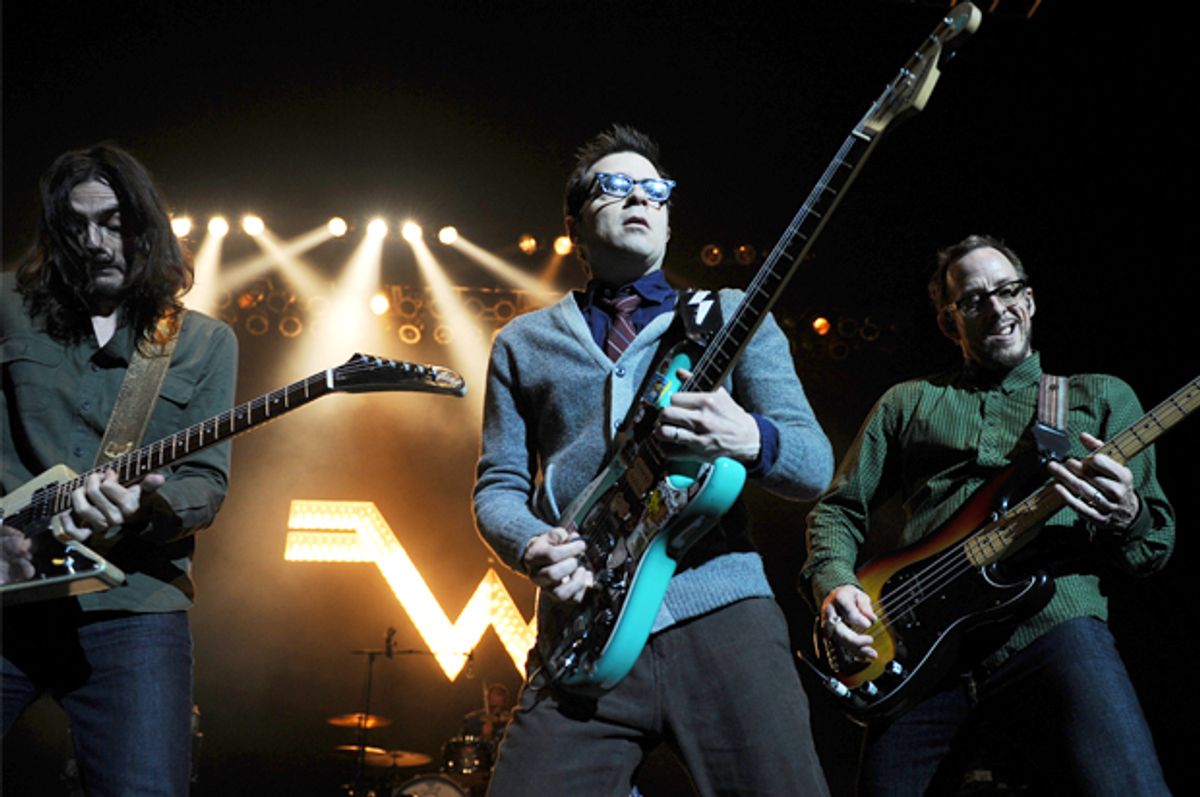 Indie rock has moved to the margins of the music world, as hip hop, R&B, country, and various kinds of electronic music have come to dominate the charts and the media conversation. It's been a long time since the intense side-taking of Oasis vs. Blur, for instance, and a lot of music fans turned on the Decemberists a few years ago.

So it’s surprising to see indie taking over at least one corner of Twitter today. The good news is that indie is acquiring mass social-media visibility like it rarely has. The bad news is that most of these confessions are things we should not need amnesty for. Each individual post is intended to be gently self-mocking, but read them all together and they add up to a kind of loss of faith in the whole indie project.

These should actually be points of pride, not apology. If indie really means something, it’s not a youthful phase but a life commitment. So why make yourself feel bad for loving Belle & Sebastian and vinyl? Seriously.

Some of the rest of these are indeed pretty funny. They either show bad judgment, selfishness, or just how insular indie rock can get, especially in Britain. Or they're just really clever.

And this one really is embarrassing:

This may make you cringe, and this guy is smart to come clean.

Indie is about standing up for overlooked artists, pledging a deep love to the music, and avoiding what the mainstream is shoving down out throats. It all gets a little overwrought at a certain point – no question. Kudos to #indieamnesty for teasing the tribal obsessiveness. But what does it means when indie’s most prominent appearance on social media in ages is to become a punchline?

Allegiance to indie rock certainly involves its share of rituals, saints, sinners, and forbidden behavior. “The appeal of independent music over corporately funded pop is its promise of authenticity,” Ryan Bort writes in Newsweek. “While the latter may as well have been developed in a lab by suited executives dreaming of ad dollars and synergy, indie music is, ostensibly, made ‘for the right reasons.’ “

That makes it easy to make fun of. But it’s also one of the few subgenres that’s not obsessed with money and power. And despite what Brits call “landfill indie” – the production of an enormous amount of forgettable, derivative guitar rock – there’s plenty of good work still coming out. And let's not forget this:

Indie types should be able to make fun of themselves, especially when they lapse into major poser-hood. But it shows just how cynical the web conversation has gotten if dedication to an obscure band has become something that requires confession. Next time indie fans take over Twitter, I’m hoping it’s because they’re excited about an emerging musician or a great new album. If we’re just here to make fun of our younger selves, the corporate rock and boy bands really have won.