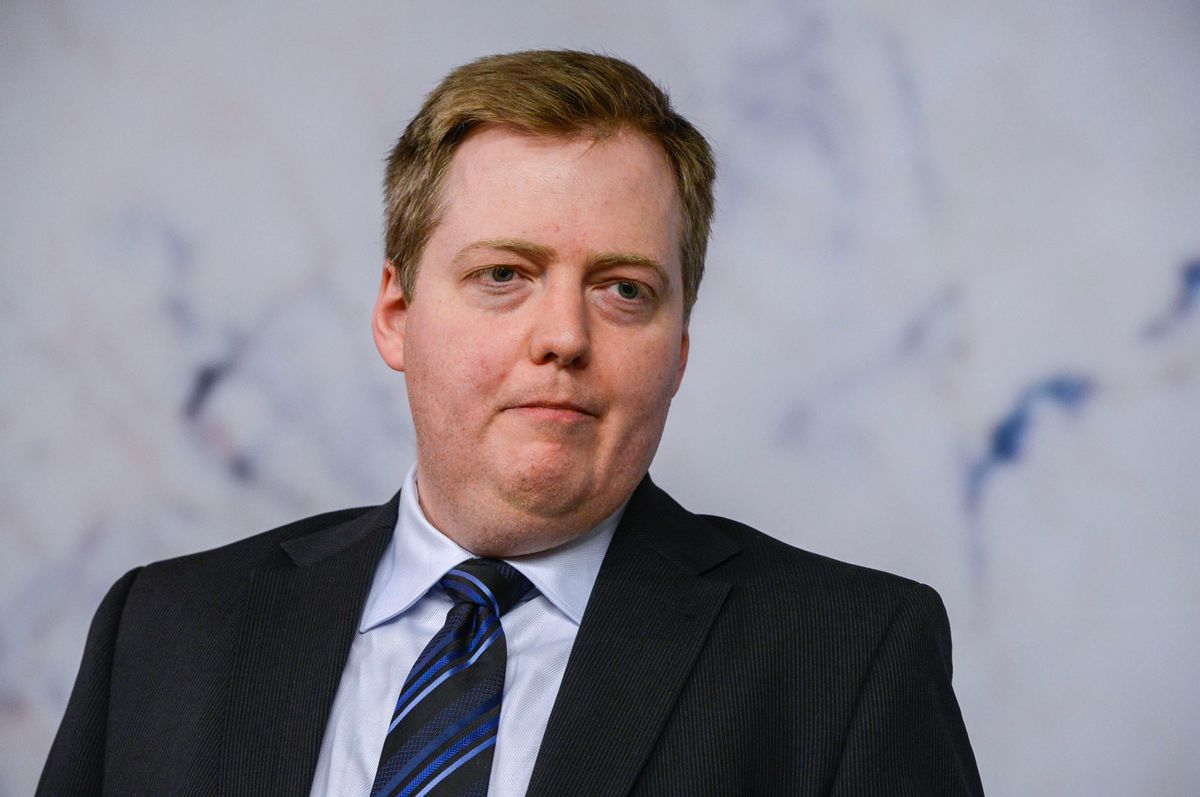 FILE - This is a Wednesday June 19, 2013 file photo Iceland's Prime Minister Sigmundur David Gunnlaugsson speaks during a press conference in Stockholm. The release of a trove of documents on offshore financial dealings of wealthy, famous and powerful people is raising questions over the use of such tactics to avoid taxes and financial oversight. Reports by a media coalition on an investigation with the International Consortium of Investigative Journalists brought to light details of offshore assets and services of politicians, businesses and celebrities, based on 11.5 million records. Sigmundur David Gunnlaugsson has been named in the documents about offshore financial dealings, (Bertil Enevag Ericson, TT, File via AP ) SWEDEN OUT (AP)
--

Iceland's prime minister Sigmundur Gunnlaugsson has apparently changed his mind about resigning. In the wake of the Panama Papers leak, the prime minister first said he would step down, but in a press release later clarified he would just be taking some time off.

Gunnlaugsson's office issued a statement saying that the prime minister is stepping aside "for an unspecified amount of time."

"The Prime Minister has not resigned and will continue to serve as Chairman of the Progressive Party," the release said.

State media alluded that Minister of Fisheries and Agriculture, Sigurdur Ingi Johansson, would take over for Gunnlaugsson on Tuesday, after protesters swarmed the nation's Parliament on Monday demanding an early general election.

On Tuesday, Gunnlaugsson flatly denied he was guilty of any shady business.

The enormous leak of documents from Panamanian law firm, Mossack Fonseca, revealed the prime minister and his wife, Anna Sigurlaug Palsdottir, had set up a shell company in 2007 named Wintris Inc. After the 2008 financial crash that crippled Iceland, the company claimed around $4.2 million from three Icelandic banks. Gunnlaugsson is accused of a conflict of interest after reaching a deal for the banks’ claimants.