Smiley admits he wrote a USA Today editorial that's pro-Trump, but did so before the candidate "lost his mind" 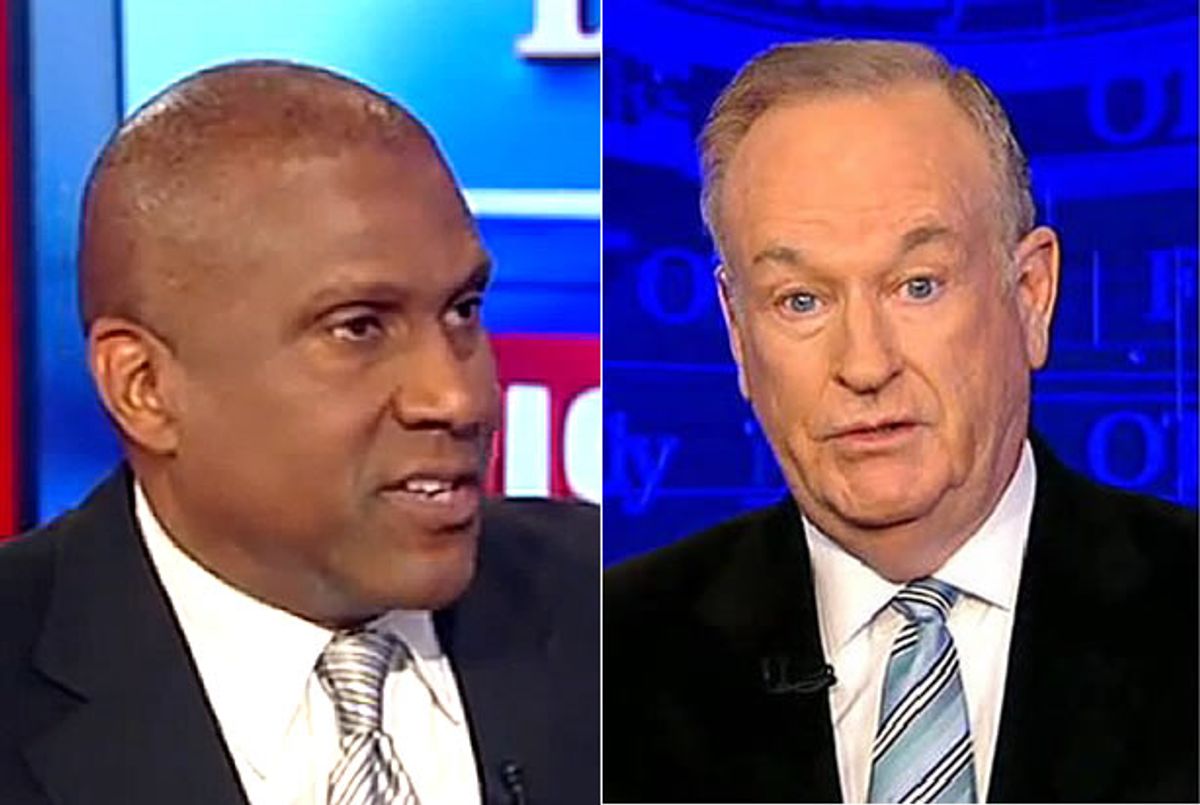 On The O'Reilly Factor's election night returns show, host Bill O'Reilly welcomed African-American radio host Tavis Smiley on the program to talk about his new book, "50 For Your Future: Lessons from Down the Road," as well as the problem the Republican party is having connecting with black voters.

O'Reilly began by noting that in the last election, Mitt Romney won 6 percent of the black vote, while Barack Obama pulled in 93 percent of it. "That's a huge advantage for the Democrats, obviously," he said, before quoting from a USA Today editorial Smiley wrote in which he wrote that "it might be a miscalculation for Democrats to take for granted that black voters are a lock for their nominee" if the GOP nominates Trump as theirs.

"I know you're no fan of Mr. Trump," O'Reilly said, "so why do you think that black people might vote for him or Mr. Cruz?"

"I'm tired of black folk being taken for granted by one party and ignored by the other one," he said. "But in fairness, I did write that before Donald Trump lost his mind and became a 'racial arsonist,' setting fires everywhere he goes."

When asked to explain why he used the phrase "racial arsonist," Smiley said "it's his anti-immigrant stance, his anti-Muslim stance, and his mistreatment of African Americans in his audiences. It also took Mr. Trump too long to come around and denounce David Duke."

O'Reilly attempted to defend Trump, saying that "your use of the words 'racial arsonist' conjures up David Duke and these kinds of people. I've known the man a long time and I have never seen him cast aspersions on any group."