Wisconsin's voter ID sham: Republican rep admits the law targets Democrats — it's time for the rest of the GOP to say it, too 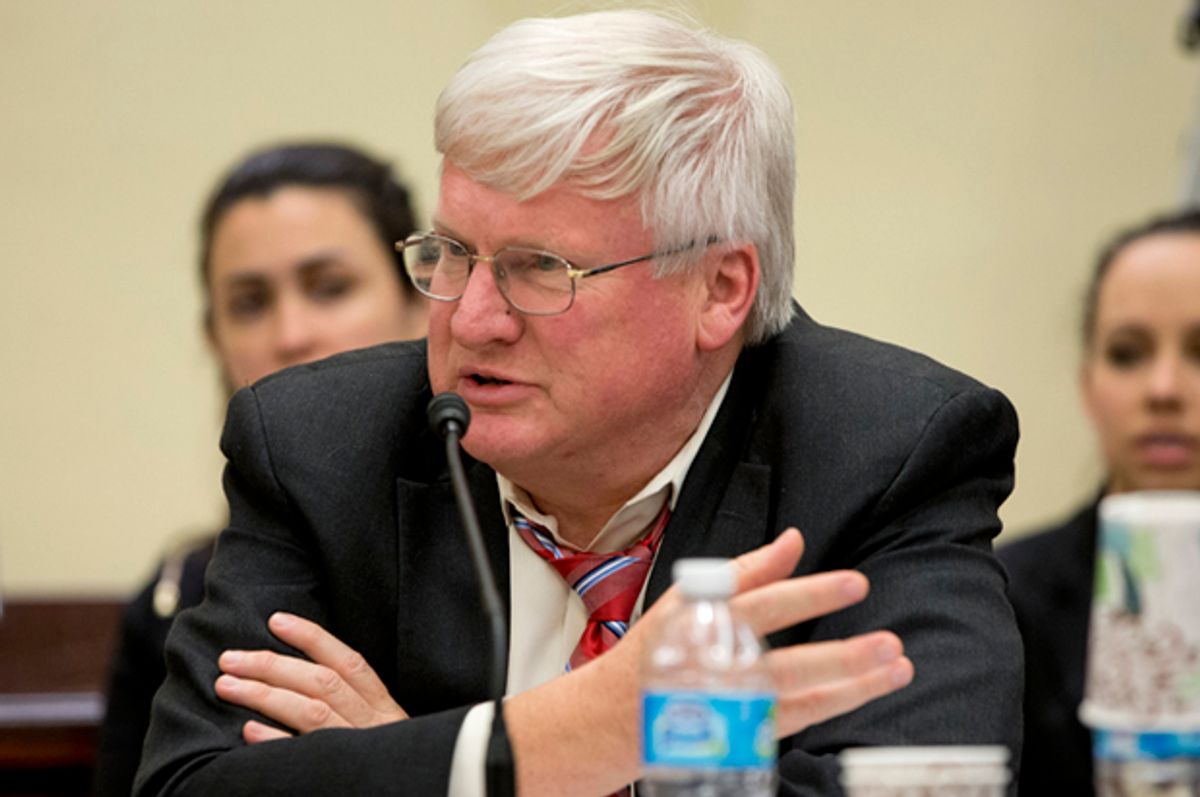 Tuesday’s presidential primaries in Wisconsin were the first big elections held in the state following the implementation of the voter ID law signed by Gov. Scott Walker in 2011, and early indications are that a lot of people were denied their right to cast a vote. As the Nation’s Ari Berman writes, the strict ID requirements and lack of public education about the law resulted in massive registration lines and disenfranchisement among younger voters and minorities – demographics that typically vote Democratic. From a civic health standpoint, that’s not great news. But from the Republican standpoint, the law worked exactly as intended.

The purpose behind voter ID laws like the one in Wisconsin is, according to Republicans and conservatives, to fight the scourge of voter fraud. But that official line is nonsense: voter fraud is vanishingly rare in Wisconsin and elsewhere, and in those rare instances in which voter fraud does occur, it’s almost always done via absentee ballot, which in-person voter ID laws don’t affect. The true purpose of these laws to do exactly what Wisconsin’s law achieved on Tuesday: suppress the votes of traditionally Democratic voter groups. The evidence points to that truth, but even if you’re unwilling to believe the observable impacts of erecting barriers to ballot access, you can trust the words of Republican politicians who freely admit as much.

Speaking to a local TV station on Tuesday night, Wisconsin Republican Rep. Glenn Grothman boasted that the state’s voter ID law will help whoever the Republican presidential nominee is to win Wisconsin in the general election. “I think Hillary Clinton is about the weakest candidate the Democrats have ever put up,” Grothman said. “And now we have photo ID, and I think photo ID is going to make a little bit of a difference as well.”

This comment is being treated as a Kinsley gaffe, but it’s actually pretty standard fare for Grothman, who has been a hard-charging proponent of voter ID laws and the political benefit they confer on Republicans. Back in 2012, when Grothman was a state senator, he was asked by ThinkProgress if the Wisconsin voter ID law could help Mitt Romney win the state, and he said yes, explaining that only Democrats commit voter fraud. “I think if people cheat,” he said, “we believe the people who cheat are more likely to vote against us.”

These remarks are part of a growing number of comments from Republican officials and conservative activists stating in plain terms that voter ID laws are fantastic at suppressing the Democratic vote. It’s impossible to ignore the partisan motivation here, just as it’s impossible to ignore the actions Republican-led states are taking in conjunction with voter ID laws to make it more and more difficult for Democratic constituencies to vote. In Mississippi, the state passed a law requiring a photo ID to vote, and then announced that it was closing driver’s license offices in “predominantly black and poor” counties across the state (the state’s actions are under federal investigation). In Wisconsin, they’ve dismantled the independent board in charge of supervising elections, devoted little resources to educating voters about the new laws, and made it more difficult to conduct voter registration drives.

None of this is particularly subtle: they are targeting Democratic voters. As Charles Pierce writes, the Wisconsin example and others like it “are the result of a deliberate national campaign to restrict the franchise in new and different ways, all of which devalue our democracy, and all of them a shame to our national honor.” Most Republicans still cling to the fiction that these measures are desperately needed to fix a problem that they can’t even prove exists, but a sufficiently large number of their colleagues aren’t shy about embracing the true purpose of voter ID laws.