World executions reach highest toll in 25 years — and the U.S. is the fifth highest on the list, according to Amnesty International

The top five executioners in the world in 2015 were China, Iran, Pakistan, Saudi Arabia and the USA – in that order 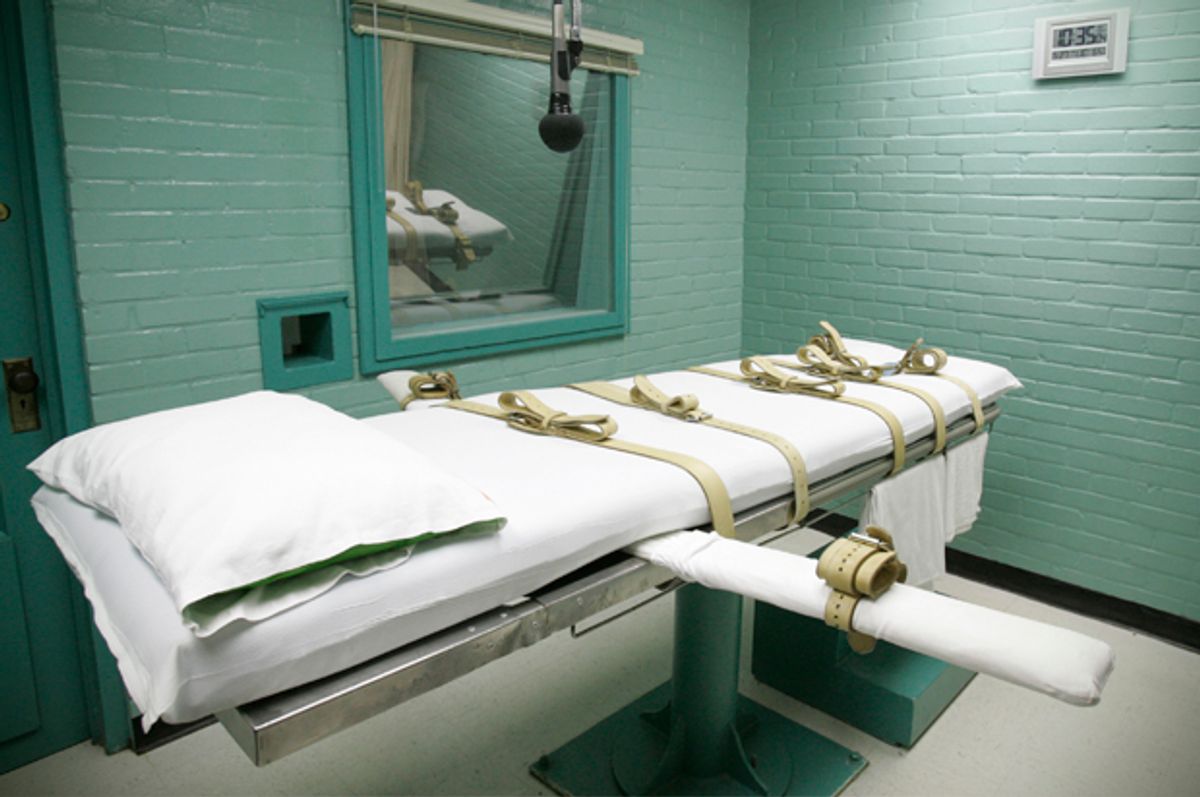 The gurney in Huntsville, Texas, where Texas' condemned are strapped down to receive a lethal injection. (AP/Pat Sullivan)
--

Global executions hit a 25-year high in 2015, according to a report by Amnesty International. The top executioners for the year were China, Iran, Pakistan, Saudi Arabia and the U.S, in that order.

The reported 1,634 people executed in 2015 was a 50 percent jump from the prior year and the highest number Amnesty International has recorded since 1989. However, the 2015 figure doesn't account for unrecorded executions in China, which considers execution data a state secret.

“The rise in executions last year is profoundly disturbing," said Salil Shetty, Amnesty International’s secretary general, in a statement. "Not for the last 25 years have so many people been put to death by states around the world. In 2015 governments continued relentlessly to deprive people of their lives on the false premise that the death penalty would make us safer,” he added.

The United States, meanwhile, executed 28 people, the lowest number since 1991. The U.S. also sentenced 52 to death, another record low since 1977.  The death penalty has been fully abolished in 18 states.

Iran, the second highest executioner, put at least 977 people to death, most connected with drug-related crimes. The country is also one of the last in the world to continue sentencing to death those under the age of 18, despite UN international law banning the practice.

Saudi Arabia's figures also rose by 76 percent from the year before with as many as 158 people put to death. According to the Amnesty International report, most were beheaded, although some were executed by firing squads and the bodies displayed in public.

The report also states that China, Iran and Saudi Arabia continue to administer capital punishment for nonviolent crimes, such as drug trafficking, corruption, “adultery” and “blasphemy.” Again a breach of international law, which states only the “most serious” and "intentional crimes with lethal or other extremely grave consequences" are eligible for the death penalty.

The four countries that scrapped the practice of execution in 2015, were Fiji, Madagascar, Republic of Congo, and Suriname. Mongolia's government also passed legislation to abolish the death penalty, which will become effective later this year, bringing the total number of countries to have abolished the death penalty to 102.