Sanders swings back hard after he claimed Clinton argued he was "not qualified." Only problem - she never said that 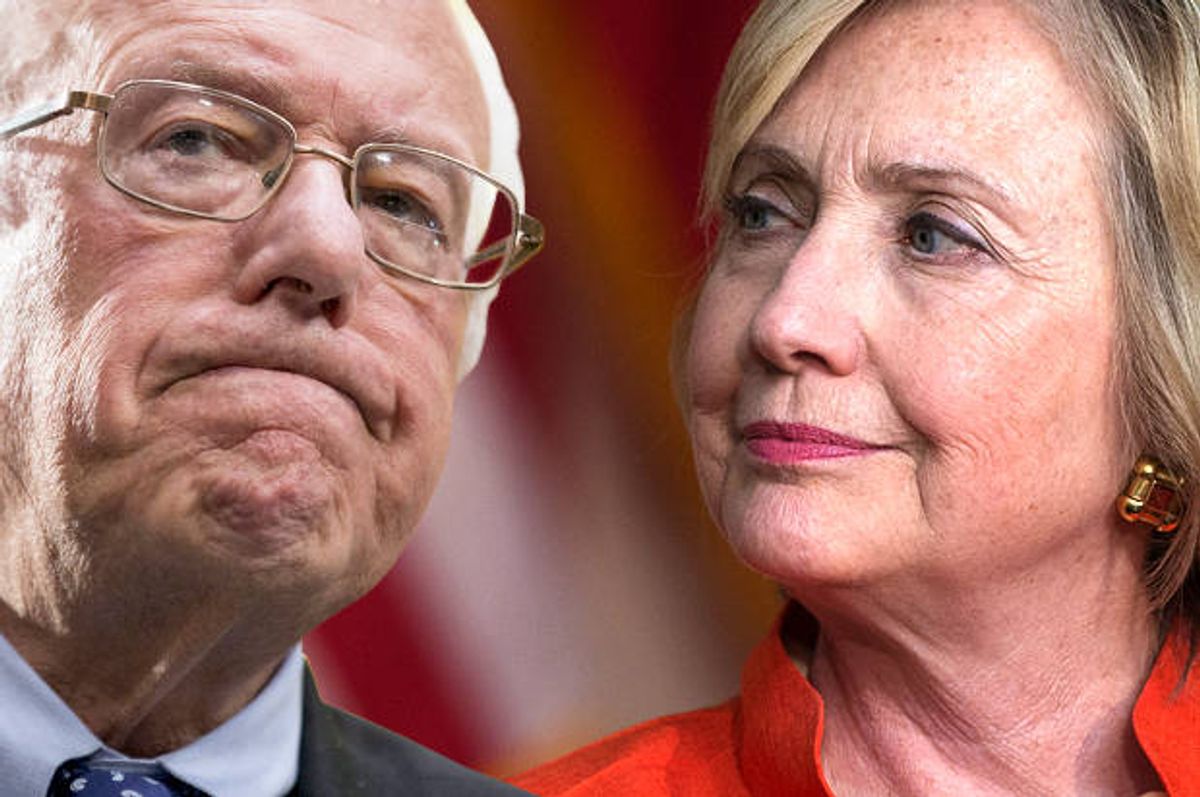 Fuggedaboutit: Midwestern nice is clearly in the rearview mirror for the Democratic presidential campaign as the two candidates gear up to face-off in Brooklyn next week.

"This campaign will fight back," Bernie Sanders proclaimed on Thursday, after he stunned with his latest and most aggressive attack of his campaign thus far.

Sanders did away with his campaign of civility Wednesday night when he took off the gloves in Philadelphia and went after his rival, telling thousands of supporters that Hillary Clinton is not even qualified to be President of the United States.

"I think he hadn't done his homework and he'd been talking for more than a year about doing things that he obviously hadn't really studied or understood, and that does raise a lot of questions," she said, getting a swipe in over Sanders' confused New York Daily News editorial board meeting while avoiding host Joe Scarborough's language of qualifications. "Really what that goes to is for voters to ask themselves can he deliver what he's talking about."

“I think he himself doesn’t consider himself to be a Democrat,” Clinton responded after Scarborough pressed her about Sanders' qualifications as the party standard-bearer. “You know, look, he’s raised a lot of important issues that the Democratic Party agrees with, income inequality first and foremost. But it’s up to the Democratic primary voters to make that assessment.”

Still, a media hungry for an ugly fight narrative jumped on Clinton's response and ran headlines like, "Hillary Clinton takes to TV to slam Bernie Sanders after his Wisconsin win," and "Clinton questions whether Sanders is qualified to be president."

The latter Washington Post headline, reportedly, riled up not just the Sanders campaign but the candidate himself.

"Secretary Clinton appears to be getting a little bit nervous,” Sanders told a crowd of thousands at a rally at Temple University in Philadelphia Wednesday night. "She has been saying lately that she thinks that I am quote unquote, not qualified to be president," Sanders began before ticking off a list he claimed actually made Clinton unqualified for the office -- an attack both candidates had previously avoided.

"Now, let me, let me just say in response to Secretary Clinton, I don’t believe that she is qualified, if she is, through her super PAC, taking tens of millions of dollars in special interest donations,” Sanders said. "I don't think that you are qualified if you get $15 million from Wall Street through your super PAC."

“I don’t think you are qualified if you have voted for the disastrous war in Iraq," he continued, referring to Clinton’s 2002 vote as a U.S. senator from New York.

During an interview with ABC News’ Cecilia Vega, Sanders listed several others reasons why he claimed Clinton was not suited to be President, including her support of the Keystone pipeline and the Trans-Pacific Partnership.

Watch Sanders' comments on Clinton below, via MSNBC: