"The Americans" shocker: A beloved character had to die — and it could transform the show

Last night's episode delivers a devastating blow out of nowhere in the last few minutes—more, please! 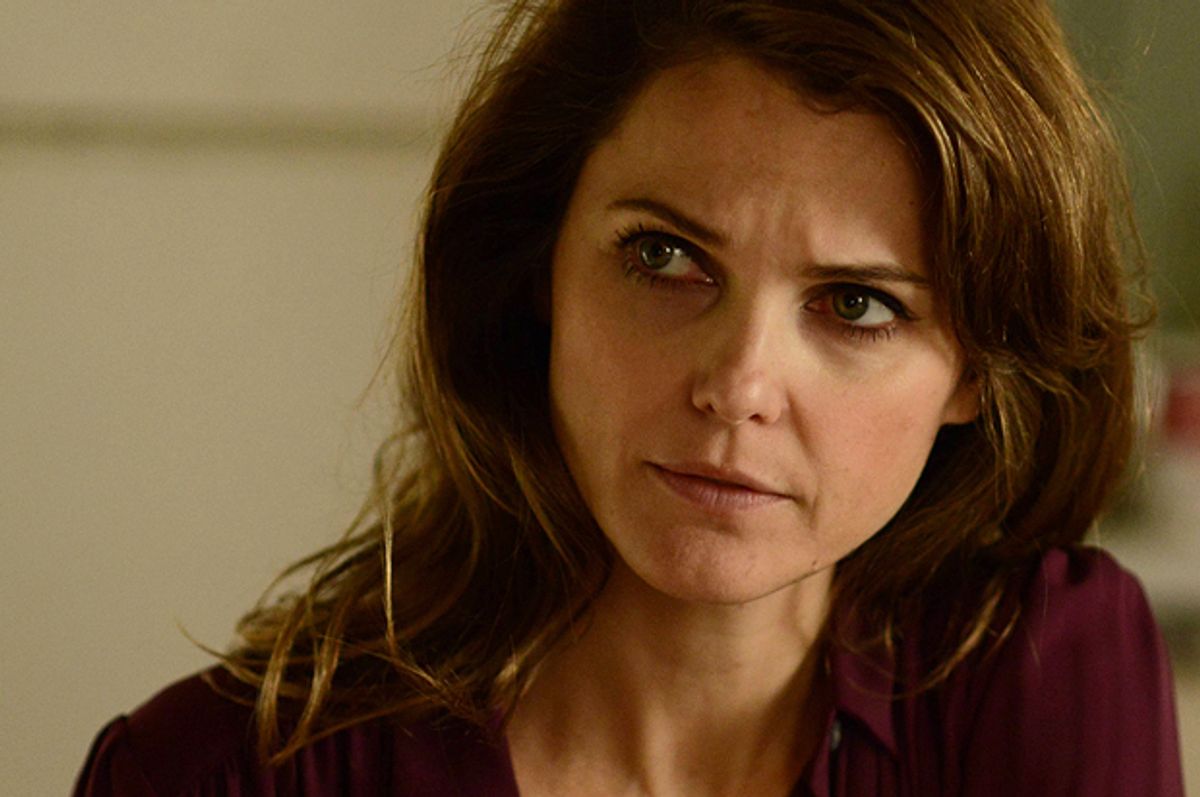 On last night’s “The Americans,” one of the characters that has been with the show since the very beginning was executed with a pistol shot to the back of the head. It was a Soviet-style execution, literally; she was executed by her countrymen, following a middle-of-the-night trial and sentencing, with punishment to be carried out “shortly.” I timed it: It’s less than 30 seconds from when the “judge” starts speaking to when she is shot in the head—through denial of appeal, sentencing, and execution.

Looking back on the first four episodes of this season, and the arc the FX show has drawn for this character, it seems now painfully obvious that it was building towards the state-sanctioned murder of Nina Sergeenva, played with bilingual ferocity by actress Annet Mahendru. But it is still a shock, not just for sick injustice of the sentence but also in how efficiently it is carried out. The sound drops out, so that even the gunshot is muffled, as we watch her crumple to the floor. Then a spare, non-diegetic score returns as Nina is ignominiously heaped into a shroud, while a pool of blood remains in the prison’s dirty linoleum.

“The Americans”’ is definitively a show with mixed loyalties, so it is rare to see the full authoritarian fist slam down on its characters. All of the characters live with the threat of near-death, whether they realize it or not; but the show has been loath to pull the trigger. As someone who has my reservations about the show, this has always been a bit frustrating; in a show about precariously placed double agents during the height of the Cold War, it’s implausible that all of the characters aren’t dead already.

With Nina’s death, though, the show is killing off a character that we have been with right from the start. Nina has long been my favorite character on the show, because she is the very definition of a soft target, manipulated by everyone and protected by no one. She’s blackmailed into providing intelligence for the Americans on her employers at the Soviet Embassy after Stan Beeman (Noah Emmerich), an FBI agent tasked on investigating Russian activities in America, discovers her relatively minor black market activities in the U.S.S.R.

Stan’s manipulation of Nina turns into a kind of sexual and romantic obsession, one that Nina returns, at times, and doesn’t, at others. She gets a thrill, of sorts, from her secret relationship with Stan, and she is good at spycraft, probably better than she realized she’d be. But she doesn’t kill people, and her life is only of value in that she is another human being, loved by some people and generally ignored by others. Her life, no longer really hers anymore, spirals out of her control; not even Stan can extricate her from inevitable punishment. She is shipped off to, literally, a Siberian gulag.

And awaiting death, Nina has been a microcosm for the struggles of the other characters of the show, who are all sneaking around following orders, attempting to survive in ghastly conditions. In the last few episodes in particular, as she has awaited her appeal in solitary confinement, Nina has been assaulted by vivid fantasies of escape and rescue. The means and nationalities of the saviors change in each vision, because the lines of patriotism and identification have ceased to hold any meaning for her. Meanwhile, in real life, Nina was offered a chance to get the Russians’ favor once more; she was given an assignment, much like the assignments that leads Phillip (Matthew Rhys) and Elizabeth (Keri Russell) are tasked with in their day-to-day spy operations. She botches it, on purpose; because she has become friends with her target, and just wants him to be happy. Of all of the spies on this show, she is the only one who has turned down the life of duplicity, in exchange for being the person she really wants to be; in effect, as soon as she did that, she wrote her own death sentence.

It will be hard for me to watch about “The Americans” without Nina, because she has been such an emotional lodestone for me in a show that I otherwise have trouble connecting to. But much as Will Gardner’s death in “The Good Wife” spurred an arc of incredible storytelling, I think Nina’s execution could transform some of the lead characters. Stan, once he learns that he’s destroyed Nina’s life, is going to be a very different person. And Oleg (Costa Ronin), Nina’s colleague at the Embassy and the only person who seemed to love Nina for who she really was, and not what she could do for him—well, in the grand tradition of bereaved lovers everywhere, he is going to be devastated. I wonder if we are not working up to Oleg and Stan facing off, again. The first time was to try to save Nina; the second might be to avenge her death.

Either way, along with last night’s beautiful send-off, I anticipate some great storytelling. Nina’s been depicted literally cloistered so many times, in confining Embassy rooms, Stan’s safehouse for her, or of course, in her prison cell, that she always seemed to be a caged bird—trapped, but desperately still alive, with a kind of hectic and beautiful energy. But all of that was lost on her captors. In this war no one can win, she was just another liability turned collateral damage.