The bigots are going to lose: Anti-LGBT bigotry makes its final stand in North Carolina and Mississippi — here's why it won't last

N.C. and Mississippi will suffer because of their moral confusion – the effects will make them change their ways 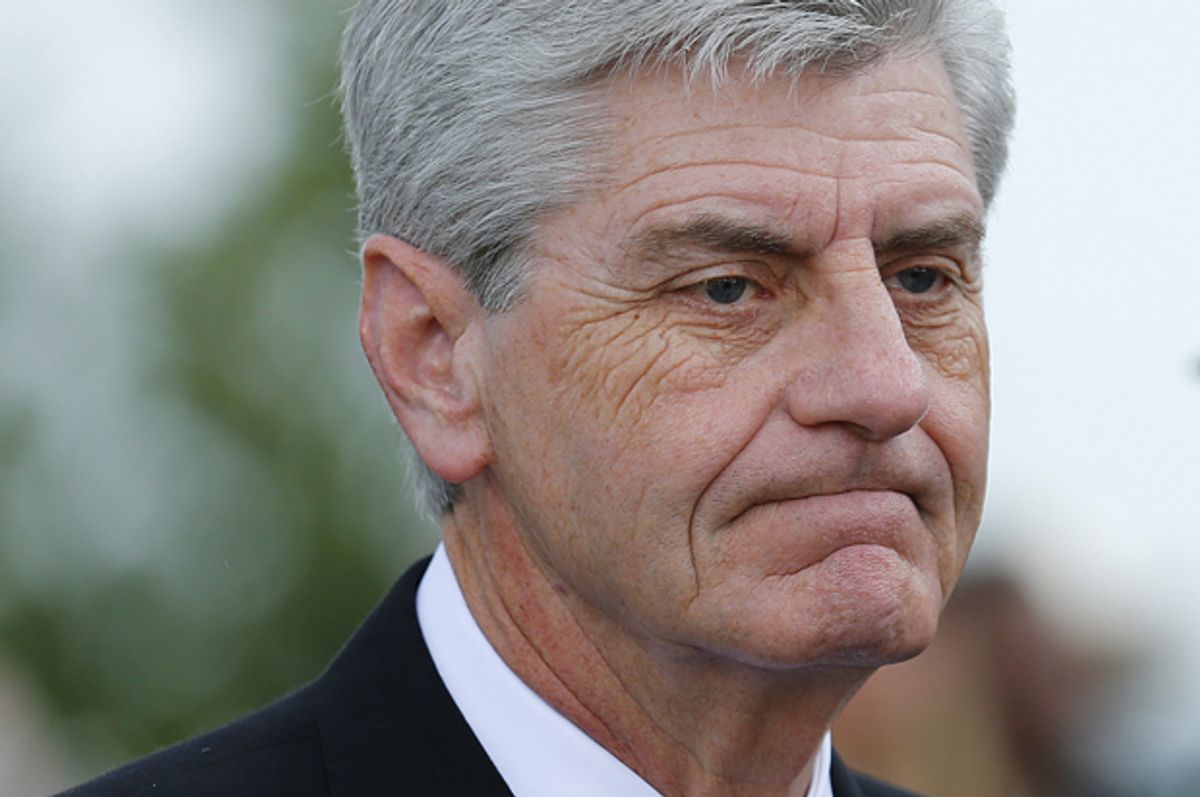 Witnessing the paroxysms of a dying, regressive culture is maddening, especially when people suffer on account of it. But change is painful for those who don't want it, and a lot has changed in the last twenty years. The LGBT movement in particular has made enormous strides. In almost every corner of the country, LGBT Americans are treated equally under the law, as they should be. But there are still pockets in which morality and culture remain stuck in the Bronze Age.

In North Carolina, under rather suspicious circumstances, a special session was called recently in order to pass into law a state-wide ban on anti-discrimination protections based on sexual orientation. The law limits “a person's use of those restrooms to only those restrooms that correspond with one's 'biological sex,' defined in the new state law as the sex identified on one's birth certificate." The goal here is to undercut any attempts at the municipal or county level to protect LGBT Americans from discriminatory policies. It was done to appease a reactionary wing of the Republican Party despite running counter to the economic interests of North Carolinians.

Luckily, the business community has already responded in North Carolina. Companies are amoral - they exist to turn a profit. Bigotry is bad for business. Once cultural momentum reaches a tipping point, as it has with LGBT rights, big business will happily follow. Which is why PayPal reacted to this law by dropping its plans to build a global operations center in Charlotte, N.C. Apple and Twitter have expressed similar objections. More companies will do so in the coming days.

Not to be outdone, Mississippi followed North Carolina's bigotry with its own sweeping anti-LGBT legislation this week. Signed by Republican Gov. Phil Bryant, “House Bill 1523 protects individuals, religious organizations, and certain businesses who take actions due to their religious objections to same-sex marriage – or any sex outside marriage. It also protects those who object to transgender people.”

HB 1523 is arguably the most broadly discriminatory law in modern American history. It allows individuals and institutions with religious objections (loosely defined) to deny counseling services, adoption services, foster care, wedding products, medical treatment, employment and housing to LGBT people. It also enables employers to use religion to determine workplace policies on grooming, bathroom access, and dress code. “This is the most hateful bill I have seen in my career in the legislature,” said State Rep. Stephen Holland to his colleagues, “You ought to be ashamed of yourself. You are doing nothing but discrimination.”

Predictably, the Republican sponsors of this bill are cloaking themselves in the rhetoric of “religious freedom.” “It gives protection to those in the state who cannot in a good conscience provide services for a same-sex marriage,” said State Sen. Jennifer Branning. “I don't think this bill is discriminatory. It takes no rights away from anyone.”

Actually, that's exactly what this law does. It provides legal cover for those who want to practice discrimination. Discriminating in the name of one's religion doesn't make it any less discriminatory. This is about shielding bigots from punishment under the law, which is a circuitous means of legalizing discrimination. Citizens are free to believe whatever they like, no matter how false or egregious or stupid, but that doesn't entitle them to deny goods and services on the basis of those beliefs.

The logic of religious freedom, understood in this way, is incompatible with a free and secular society. In principle, there are no limits to what constitutes “a sincerely held religious belief,” and so this is a Pandora's box no state should open. As Erik Fleming, director of advocacy and policy for the ACLU of Mississippi, told BuzFeed news, “It is reminiscent of what happened 50 or 60 years ago in this same state. People say that is just religious, but there were people who had a religious belief that black and white people should be segregated.”

If there's a silver lining in all this, it's that states like North Carolina and Mississippi will suffer on account of their moral confusion. The broader culture has passed them by, and, eventually, it will catch them up. As we've seen already in North Carolina and Georgia, there's a steep economic price to pay for bigotry. The effects of that will inevitably trickle down and force these states to change their ways – the costs are simply too high.