"Should we say slum," he offers to those who take offense 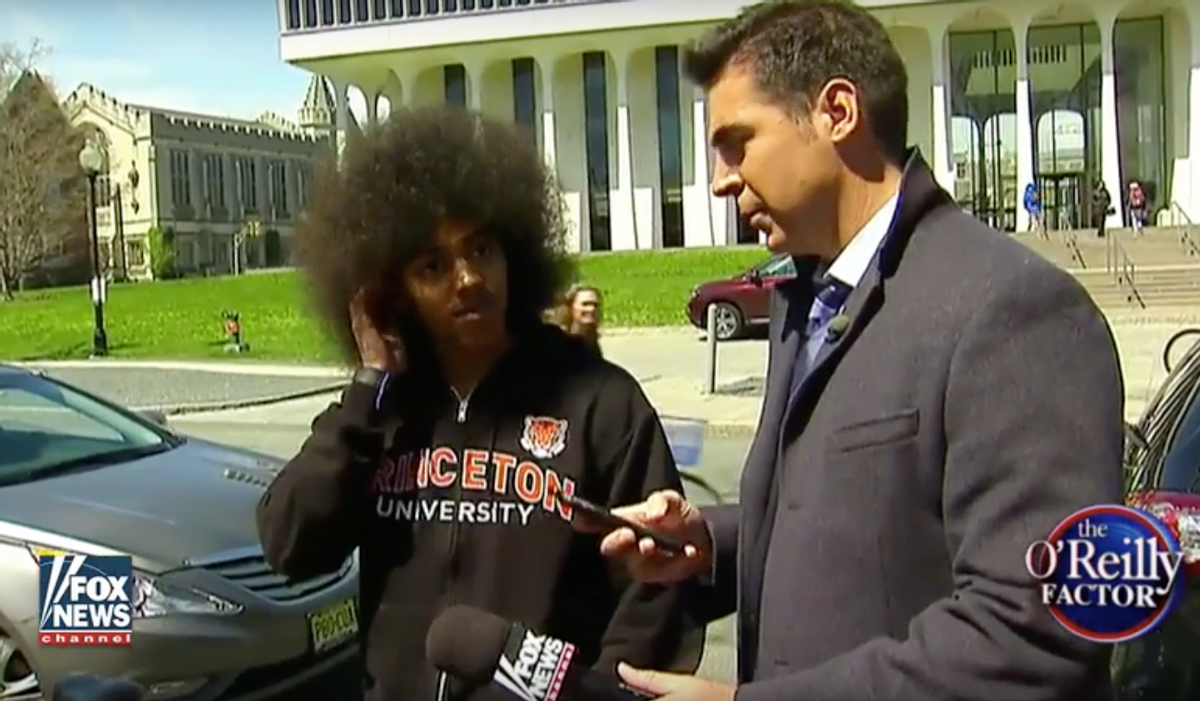 Nothing seems to offend conservatives more these days than liberal college students who voice their opinions, so in the grand tradition of enraging his audience to exploit them for ratings, Fox News' resident 8pm bloviator Bill O'Reilly sent his somehow even more annoyingly snarky emissary Jesse Watters to pester the students of Princeton University this week.

This is a thing that Watters is wont to do and with the conservative crusade against safe spaces and microagressions taking a sharp focus on what they've come to call "The Chalkening" in recent days, Watters found himself stalking the students of Princeton just to televise how easily offended "the participation trophy generation" has become.

Naturally, the first student accosted by Watters was an African-American man sporting an afro. "When someone says ghetto how do you feel about that," Watters asked the young man.

"I feel like they should be more careful in their choice of words," the student shot back with an unmistakable side-eye.

"Should we say slum," Watters offered to a response of laughter and apparent disbelief.

"Is it tough out there for you being so offended?" he asked another student who told him that Republican presidential candidate Donald Trump has said things she finds offensive.

Watters went on to bother Princeton students of all stripes, shoving a microphone in their faces to ask if they were offended by terms like “black crime," “Islamic terrorism,” and “white privilege.”

Watch the entire debacle, if you have the stomach for anymore of Watters' World, below: