Our body standards are f**ked: J-Law's "curvy," Amy Schumer is "plus size" and a Victoria's Secret angel was told she had to lose weight

When Jennifer Lawrence is worried about being "the fattest one," we have a big problem 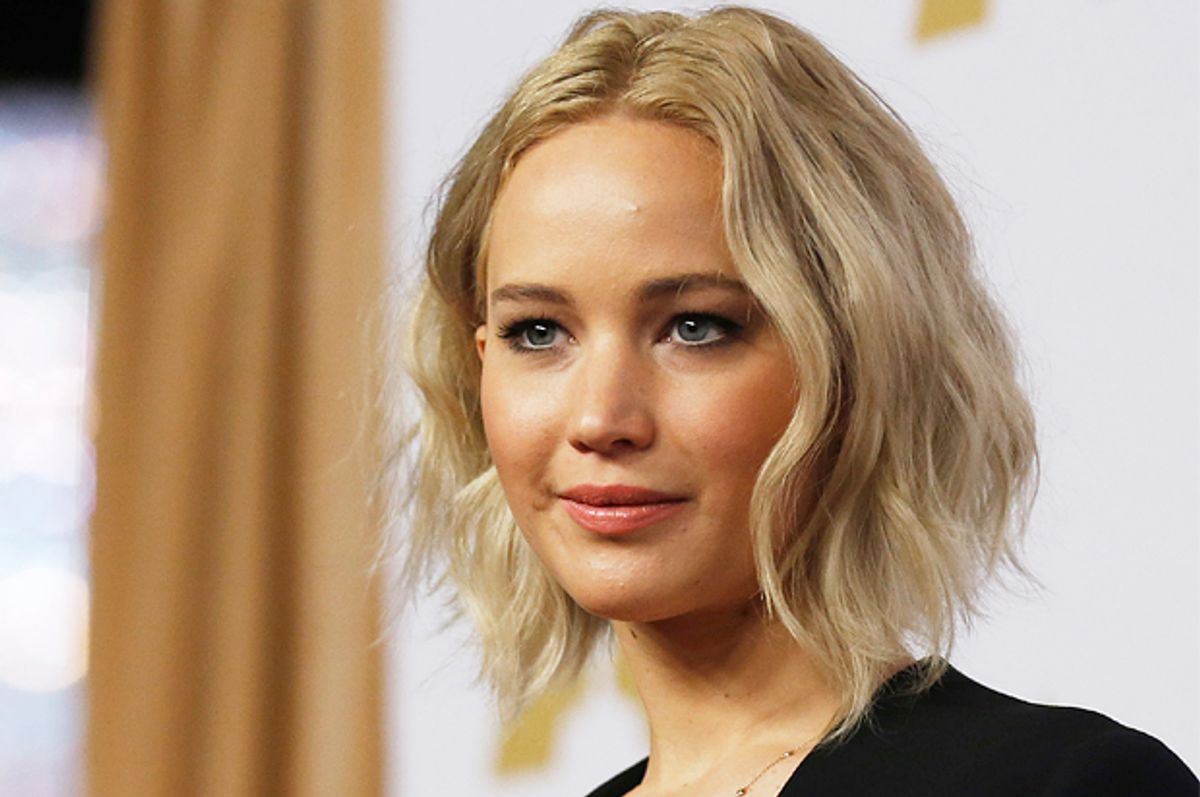 "I think we've gotten so used to underweight that when you are a normal weight it's like, 'Oh, my God, she's curvy.'" says Jennifer Lawrence. "Which," she adds, "is crazy."

In the new issue of Harper's Bazaar, the Oscar winner and totally regular person opens up in her typically candid way about planning her awards show dresses based on her menstrual cycle, and the ever changing goalposts for what constitutes a "normal" body. "I would like us to make a new normal-body type," she explains. "Everybody says, 'We love that there is somebody with a normal body!' And I'm like, 'I don't feel like I have a normal body.' I do Pilates every day. I eat, but I work out a lot more than a normal person… The bare minimum, just for me, would be to up the ante. At least so I don't feel like the fattest one."

It's been ten years since Andy Sacks, the put upon fictional young assistant with the boss from hell in "The Devil Wears Prada," asked,"So none of the girls here eat anything?"and received the reply from a colleague, "Not since two became new four and zero became the new two" and that six, damningly, is "the new fourteen."

In the ensuing years, what once was satire now sounds remarkably like actual public conversation around women's bodies. Just earlier this week, Amy Schumer called out Glamour for including her among the "women who inspire us" -- in a special plus size edition of the magazine -- saying, "Plus size is considered size 16 in America. I go between a size 6 and an 8. @glamourmag put me in their plus size only issue without asking or letting me know and it doesn’t feel right to me. Young girls seeing my body type thinking that is plus size?"

And in her memoir "Why Not Me?" Mindy Kaling similarly talks about the backhanded compliment when people say she "doesn't conform to any normal standards of beauty," and of wondering what the hell magazines mean when they include her among "Curvy Celebs We Adore!"

Of course beauty comes in all sizes — the world is full of amazing women built like Zendaya and Rebel Wilson, among many other shapes and sizes. But the idea that any public figure who is not a J Crew size 000 is striking a bold blow for body positivity is ludicrous. And the fact that women are still being body shamed if they don't conform exactly to the aesthetic standards of computer generated special effects is totally crazy. Earlier this week, British model Iskra Lawrence responded to an Instagram commenter who called her a "fat cow" — by posting a video of herself in her underwear, looking frankly sexy as hell, eating potato chips in slow motion. And at another point on the body wars spectrum, former Victoria's Secret model Erin Heatherton came forward with the revelation that "My last two Victoria’s Secret shows, I was told I had to lose weight." She admitted, "I got to a point where one night I got home from a workout and I remember staring at my food and thinking maybe I should just not eat. I realized I couldn’t go out into the world—parading my body and myself in front of all these women who look up to me—and tell them that this is easy and simple and everyone can do this."

Jennifer Lawrence, meanwhile, has been called "curvy" since the beginning of her career -- and from a remarkably varied roster of sources. A few years ago, The New York Times famously doubted that a creature with her "womanly figure" was capable of playing Katniss in "The Hunger Games." She's said in the past, "In Hollywood, I’m obese. I’m considered a fat actress, I’m Val Kilmer in that one picture on the beach." Four years later, sadly, it doesn't sound like much has changed for the industry — or for her. Lawrence tells Bazaar this week that she chose her show-stopping, cutout Golden Globes Awards gown this year in part because "It was loose at the front. And I didn't have to worry about sucking anything in. The other dress was really tight, and I'm not going to suck in my uterus. I don't have to do that."