In this deeply paranoid film, the evil ACLU sues an evangelical teacher, with a trial over whether Jesus was real 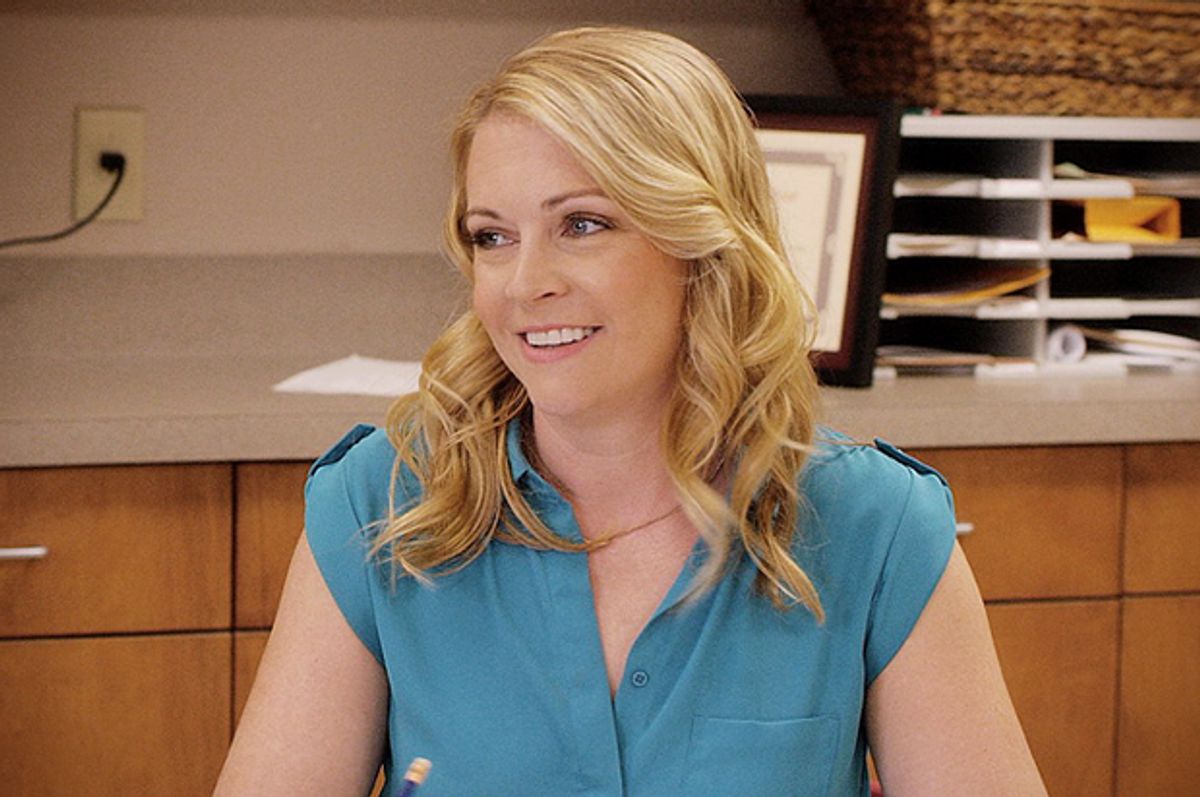 In a pivotal scene from the famous 1960 film "Inherit the Wind," a biblical scholar, prosecuting a defendant on trial for teaching evolution in a town whose laws forbid it, is called to the stand as an expert witness. Slowly but surely, he begins to unravel on the stand. The defense attorney, Henry Drummond (rendered vividly by Spencer Tracy), pulls apart his literal reading of the Bible. If Joshua had really made the Sun stand still, wouldn't the Earth have been destroyed? Where did Cain's wife come from if “in the beginning” there were only Cain, Abel, Adam and Eve? How can we be sure the Earth was created in 4004 B.C. if the Sun, the metric by which we measure time, was not created until the fourth day?

"God's Not Dead 2," the sequel to the commercially successful movie of the same name, is an inversion of this theme. In the film, Grace, a history teacher played by Melissa Joan Hart, is asked whether the nonviolent philosophy preached by Mohandas Gandhi and Martin Luther King, Jr. has parallels to that preached by Jesus in the Bible. In response, she quotes scripture, and endorses the analogy. A scoffing student ridicules her by sneering, I kid you not, that Jesus could not have been great because he died. Grace responds that Jesus, like King, died out of dedication to causes larger than himself, and that this does not detract from the greatness of either man. Teachers, administrators, and the ACLU alike are outraged by this lesson, and Grace winds up in court, where her lawyer finds himself proving, as one of the satanic ACLU attorneys puts it, “the existence of Jesus Christ.”

It's impossible to stress how deeply unrealistic the film's premise is, and important to stress that this case was not “based on a true story,” itself a loose specification. Nor was it a dramatized version of real events as "Inherit the Wind," based on the 1925 Scopes Monkey Trial, was. This shouldn't be surprising to anyone who saw the film with a vaguely critical eye, but should be surprising to anyone who took its message to heart. The movie suggests the persecution of Christians in our society is readily apparent in the real world, and not just as artistic license. (“Join the movement,” the closing credits implore). Then why on earth would its writers and producers have to invent such a case out of thin air, rather than portraying one of the multitudes of victimless crimes for which Christians throughout the country are presumably being prosecuted? Perhaps because employees demanding contraceptive coverage or gay couples service might be more sympathetic than fiendish ACLU lawyers?

Or perhaps because no such case exists? In my personal experience at a diverse public school in the notoriously blue state of New Jersey, my teachers frequently discussed Christianity from a historical and political perspective as well as a literary one. (In a heavily South Asian school district, Hinduism was discussed only during a middle school unit on world religions, during which, for the first time in my 13 years as a practicing Hindu, I had to memorize the names and descriptions of the various castes.) The only complaint I ever heard came from a Catholic student who disapproved of our English teacher's reference to Christian “mythology.”

But my dominant education in various religious traditions occurred outside the classroom. I enjoyed hiding the afikomen during a friend's Passover seder, much as I enjoyed breaking fast with Muslim friends during Ramadan. My friends, similarly, have relished our discussions about the finer points of Dawkins, visits to Hindu temples, or thumbing through the Ramayana. "God's Not Dead 2" offers no similar model for plurality. The subtler points of the movie, few and far between, were well taken. It is clear, though never articulated, that the Christian teacher and her Christian grandfather are of more modest means than the parents who lead the charge against her. The very fact that religion is often used as a proxy for class, race, or nationality is what distinguishes it from people's ideas and beliefs in other areas of life. It's what makes religious prejudice uniquely problematic.

But the movie isn't a denunciation of that prejudice. We're instead led to believe that people are either Christian or unabashedly hateful atheists who boast their ignorance of both history and the scripture they denounce. When Grace's student Brooke approaches her at a local café, she is struggling with the death of her brother. Grace suggests she might find solace in Jesus, which inspires her to raise his teachings in class. Conveniently, though Grace has no way of knowing this, Brooke's brother was also a faithful Christian who hid his beliefs from his family for fear of judgment. Even more conveniently, though Grace also has no way of knowing this, she finds her parents' atheism deeply unfulfilling, and her brother's old Bible far more so. But what if Brooke's brother hadn't died at all? What if she were struggling with whether to come out to her parents or how to cope with her out-of-wedlock pregnancy or how to leave a church rather than join one?

What if Brooke had dared instead to find comfort or solace in her agnosticism? What if she were a devout Jew or Muslim or Hindu? Wouldn't Grace's suggestion that conversion would help her through the unexpected loss of a family member be insensitive, tone-deaf and horrifically unhelpful? The only mention the movie gives us of other faiths is when that fiendish ACLU attorney draws a comparison to Islam when addressing the jury. Had Grace instead quoted the Quran, he absurdly suggests, her familiarity with religious texts would have amounted to an endorsement thereof.

I am genuinely curious as to how the filmmakers would feel about a public school teacher offering a lesson in Islam, a religion that also recognizes Jesus as a prophet, rather than the Bible. What if, during a discussion on nonviolence in which she explicitly mentions Gandhi's influence on King, she had instead delved into the intricacies of Hinduism or Jainism. Much like King was guided by his faith, a fact the movie takes special pains to note, Gandhi spoke and wrote publicly about the huge impact both traditions had on the nonviolent philosophy later adopted by King, a philosophy that was, supposedly, the subject of Grace's lesson. What if, when referring to these traditions, Grace presented its teachings as historical truths rather than alternate philosophies? What if Grace were teaching Darwin in Louisiana?

The movie sidesteps all of these questions by validating the teacher's subtle assertion that what is presented in the Bible is incontrovertible fact. Experts are called to the stand to speak to the veracity of the text. One, whose cameo conveniently doubles as book promotion, cites the scholar Gerd Lüdemann. He mentions that Lüdemann is an atheist, but neglects to mention that his declaration of atheism was made in response to his own studies of the historicity of the New Testament, which he found wanting, and was met with calls for his dismissal that cost him his title at the University of Göttingen. Another expert who's analyzed murder cases argues that the testimonies present in the Bible are realistically rendered, proving nothing other than that it was well-written. But the jury and, it turns out, one of the prosecuting attorneys, are convinced.

In the midst of a presidential election that has, at various moments, seen leading candidates calling for surveillance, databases, and bans on the entry of a particular, non-Christian religious group, what are we to make of this film? Given its uninspired box office performance and abysmal critical ratings, it promises to do its most damage to its target audience, to whom it offers nothing other than isolation and paranoia, and the decidedly un-Christian demonization of people who happen have a different vision of their children's taxpayer-funded educations.

Had that iconic scene from "Inherit the Wind" been that film's conclusion, it could easily have been construed as presenting an irresolvable conflict between science and religion. Instead, the closing scene reveals that Henry is not a non-believer. His witness's sin, he says, was that he “looked for God too high up and too far away.” Henry is not anti-religion, but anti-fundamentalism. A reading of scripture grounded in facts and figures, rather, is a deeply petty one, unworthy of the transience offered by religious belief. Historical veracity is antithetical to the very premise of faith, powerful precisely because it needn't be true to be real.