The unconstitutional outrage of juvenile life sentences: Why Philadelphia will be a case study for this criminal-justice reform 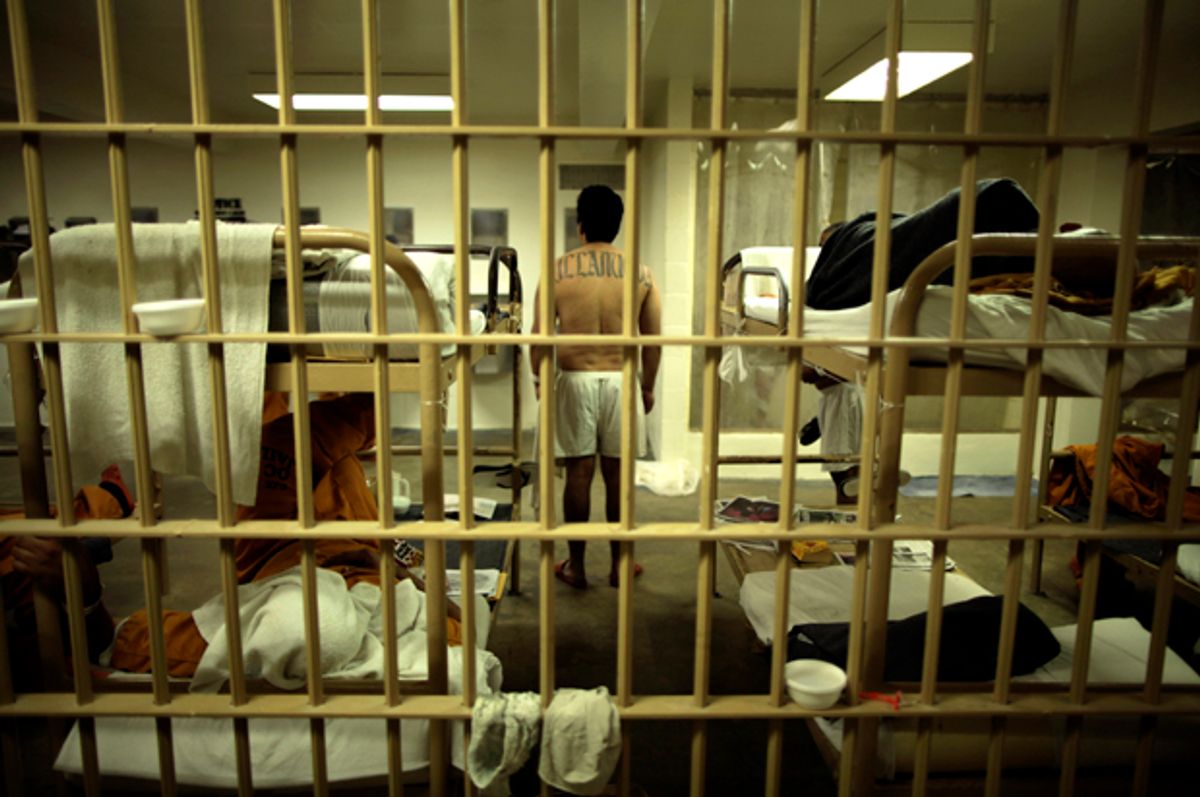 Children convicted of committing murder on Philadelphia’s violent streets long faced the prospect of receiving the harshest sentence short of death: life without parole. Today, the city has more juvenile offenders locked up for life than any other. It has been a grim and predictable cycle: Young black men mourned at premature funerals and their killers packed into state prisons with only the narrowest hope of ever leaving. And then the tough-on-crime pendulum began to swing back.

In 2012, the U.S. Supreme Court ruled that mandatory life without parole for juveniles was unconstitutional, and in a January decision they made that ruling retroactive. And so Philadelphia District Attorney Seth Williams has roughly 300 big decisions to make: How long will he seek to imprison the onetime juveniles, many now much older, who until recently were set to die behind bars?

States responded to the 2012 Miller v. Alabama decision in a hodgepodge manner, including by abolishing juvenile life without parole entirely. In Pennsylvania, however, then-Gov. Tom Corbett signed a law that angered reform advocates for its harshness, changing the sentence for first-degree murder to 35 years to life for older juveniles, and 25 to life for younger ones. Those convicted of second-degree murder now face sentences of 20 or 30 years to life.

Critically, the law did not make the new sentences retroactive, leaving hundreds of Pennsylvania juvenile lifers in limbo. The Court’s January decision in Montgomery v. Louisiana means that prosecutors and judges throughout Pennsylvania will soon face a deluge of prisoners asking to be re-sentenced. In Philadelphia, advocates are concerned that Williams, who has taken a tough line in the past, will fight to keep many behind bars for a long time.

“The District Attorney has a pretty stark choice,” emails Marc Bookman, director of the Atlantic Center for Capital Representation. “He can either follow the very obvious trend away from sentencing juveniles to life without parole sentences, or he can swim against the tide and against the dictates of the Supreme Court and continue to seek such sentences.”

Williams’ office, which declined to comment for this story, must navigate the gap between the Supreme Court and the current state law. It’s unclear how he will proceed. The Supreme Court only barred mandatory life without parole sentences, so he could try to keep some locked up. The Court did make it clear, however, that life without parole sentences should only be applied in rare cases where an offender is “irreparably corrupted.”

Brad Bridge, a lead attorney at the Defender Association of Philadelphia, criticized Williams’ past opposition to making Miller retroactive and says that he should move quickly to resolve the cases of those who have been incarcerated the longest.

“Based upon [these court rulings,] we now must re-sentence over 300 juvenile lifers in Philadelphia,” emails Bridge. “Given that over 100 of these juvenile lifers have been incarcerated for over 30 years, we should quickly resolve those cases immediately by agreeing to release those who have done well in prison. It is only by prompt resolution of 100, and maybe 200, of these cases that the resources of the judiciary, prosecutor and defense can be properly focused on the 100 cases that cannot be resolved by agreement.”

Bridge and the Juvenile Law Center, a leading critic of juvenile life without parole, have called for the prisoners to be re-sentenced on third-degree murder, carrying a sentence of 20 to 40 years. But Richard Long, executive director of the Pennsylvania District Attorneys Association, has argued that the harsher sentences meted out by the state’s new law should be applied.

Seth Williams is the association’s vice president, and last fall conveyed his opposition to re-sentencing, telling WHYY that the prisoners “aren't kids in fifth grade doing these things… We're talking about killings. Not someone who stole someone's laptop. We're talking about the loss of life. And us having to look into the eyes of victims' families, who want something done."

For decades, rampant violent crime and systemic police misconduct have vied for headlines in Philadelphia. In the 1990s, when many young people were sentenced, the since-discredited notion that a generation of unreformable “superpredator” youth--advanced by political scientist John Dilulio and embraced by politicians like Hillary Clinton--helped shape criminal justice policy.

But as in other cities, violence is down in Philadelphia, and tough-on-crime politicking no longer captivates the public to the extent that it once did in bloodier years. Cooler heads are prevailing—and so is science. The Supreme Court decisions were grounded in research showing that young people were prone to “transient rashness, proclivity for risk, and inability to assess consequences.” Thus “the distinctive attributes of youth diminish the penological justifications for imposing the harshest sentences on juvenile offenders, even when they commit terrible crimes.”

People become much less likely to commit crimes as they age, and the science has poked big holes in harsh punishment’s possible benefits: incapacitation, deterrence and even retribution.

“In a very real sense, the teenager who commits a serious crime is not the same person years—or decades—later when a parole board decides whether he or she should be released from prison,” according to a new report from the Fair Punishment Project, a joint initiative of Harvard Law School’s Charles Hamilton Houston Institute for Race and Justice and its Criminal Justice Institute.

In one sense, juvenile lifers represent low-hanging fruit for criminal justice reform: They committed their crimes as youth. But these youths were also convicted of the very serious crime of murder, and the public’s newfound compassion for criminal defendants still hits a wall when it comes to violent crime. To be sure, many victims’ families are not pleased with what criminal justice reformers describe as progress. The National Organization of Victims of Juvenile Murderers charges that the Supreme Court “has ruled against the best interests of victims [sic] families,” potentially overturning the “prison sentences being served by their loved ones’ killers.”

The crimes the prisoners committed as juveniles range in severity, including gruesome cases like Kendall Anderson, who confessed to beating his mother to death with a hammer after she took away his PlayStation 2. But they also include cases like that of Richard Moore, behind bars since he was 14 after being convicted of second degree murder: an elderly woman died of a heart attack after he and other teens broke into her home.  In 1990, Robert Holbrook was the lookout for a robbery that resulted in  murder. He was 16.

The Supreme Court decisions in Miller and Montgomery not only impact a reported 2,000-plus juvenile lifers nationwide but stake out bold new ground with regard to challenging sentences that run afoul of the Eighth Amendment’s bar on cruel and unusual punishments—something that advocates are worried Obama nominee Merrick Garland, whose record skews in the favor of police and prosecutors, won’t be the Supreme Court justice to push forward.

On the local level, the rulings bolster criminal justice reform movements that have recently targeted prosecutors deemed to be narrowly focused on incarceration and soft on police misconduct.

Many of the juvenile life sentences in Philadelphia were secured by Williams’ infamous predecessor, Lynne Abraham, a self-described “tough cookie” who the New York Times Magazine once called America’s “Deadliest D.A” thanks to her fierce embrace of the death penalty.

Philadelphia’s first black DA, Williams ran on a smart-on-crime platform. But hopes that Williams would be a progressive corrective have so far been dashed as he has fought marijuana decriminalization, petitioned the state Supreme Court to overturn Gov. Tom Wolf’s death penalty moratorium, resisted correcting wrongful convictions, and turned a blind eye to prison guard and police abuse, including by allowing for perjury to be committed with impunity.

Rob Smith, a senior fellow at Harvard Law's Charles Hamilton Houston Institute for Race and Justice, says that Williams, who is up for reelection in 2017, needs to carefully consider what sort of prosecutor he wants to be. The vast majority of the juvenile lifers up for re-sentencing statewide are black, according the Fair Punishment Project. Philadelphia, the report states, “is home to just .5% of all Americans” but is responsible for the incarceration of nearly one in 10 juvenile lifers.

“Seth Williams can't help but ponder the defeat of Anita Alvarez in Chicago and Tim McGinty in Cleveland, two prosecutorial elections with very significant Black Lives Matter efforts, and I'd wonder: Do the people of Philadelphia want these harsh punishments that are disproportionately imposed upon black and brown kids?”