The "Phantom Menace" star was hospitalized for schizophrenia, and the Internet's response is predictably brutal 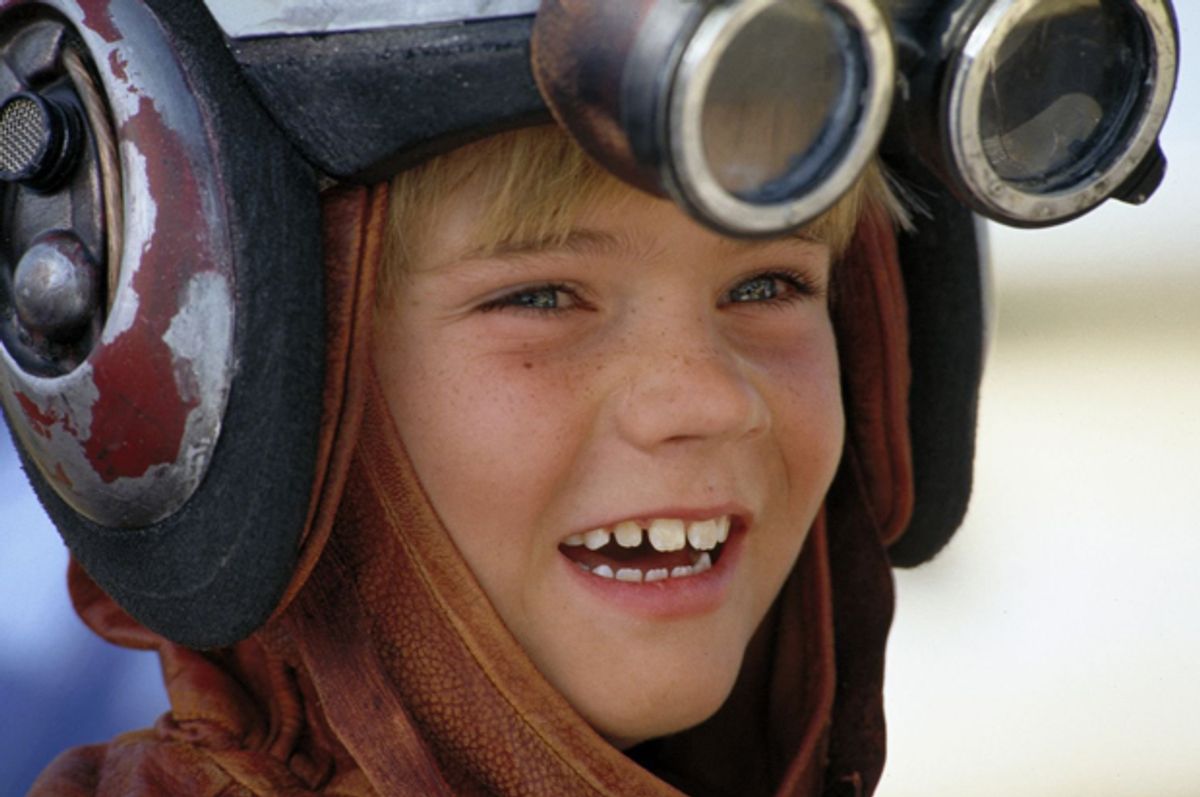 Life wasn’t easy for Jake Lloyd after his starring role in “Star Wars: Episode I – The Phantom Menace.” As anyone who went to the movies in 1999 will recall, his subpar performance was frequently singled out as a major weakness in a film that was hardly lacking in shortcomings. Lloyd has even discussed how the bullying he received from other kids ultimately turned him off acting for good.

Now Lloyd has been hospitalized for schizophrenia following a ten-month stint in jail, which occurred after he led South Carolina police on a high-speech car chase last June. Predictably, a great deal of the reaction from the Internet has ranged from unsympathetic to downright cruel. “Dude looks like straight sith material. Do not let him out” posted one reader at TMZ. A commenter on Inquirer wrote “too much metaclorian [sic] in blood, bad for the brain.” On Global News, a Star Wars fan snarkily joked that “someone probably showed him Phantom Menace.”

While it’s tempting to chalk this up to the sociopathy that seems to contaminate nerd culture these days (see: Star Wars fans complaining that George Lucas “raped their childhood” or the toxic misogyny brewing in Gamergate), there is a deeper issue at play here. Even though our society is appropriately sympathetic to celebrities who develop serious physical illnesses, we continue to ridicule the ones whose sicknesses are psychological in nature. Despite living at a time when scientific progress has made it clear that mental illnesses are no less preventable than many physiological counterparts, the stigma surrounding these disorders remains – and it is particularly evident in how we respond to celebrities who have them.

Take Amanda Bynes, who became the butt of late-night jokes and online barbs alike during her widely-publicized mental breakdown in 2014. Even though she was officially diagnosed as bipolar and manic depressive, the cultural consensus seemed to be that her condition was an acceptable reason to mock her. “I often hear people throwing around the term ‘Bipolar’ as if it were a personality trait like funny, mean or serious. It is a disease, and it needs to be respected as a disease,” explained Dr. Karen Latimer on AOL News at the time. “Imagine a celebrity, like Amanda Bynes, who has breast cancer. Now imagine, she is unwittingly caught on camera in an unflattering picture with a bald head exposed. Almost everyone with a conscious would find the publication of the photo distasteful.”

A similar point could be made about Charlie Sheen. Of course, unlike Lloyd and Bynes, Sheen has behaved in ways that are without question morally repugnant (a long history of domestic violence, issuing death threats), but for much of 2011 the media lapped up every salacious detail of a downward spiral that was clearly fueled by mental illness and drug addiction. The public wasn’t condemning him for the harm he had done others (which would have been understandable), but laughing at him for his mentally unhinged rants about possessing “tiger blood” or declaring that he was “winning.” Oddly enough, the most appropriate condemnation of this trend came from late-night comedian Craig Ferguson, who explained that he was uncomfortable poking fun at Sheen because it reminded him of the days when Bedlam Royal Hospital in London would charge a penny for spectators to gawk at the so-called ‘lunatics.’ “I think people look at that now and think, ‘Gosh, people were heartless and cruel back then,’” Ferguson commented at the time, “I don’t think they were heartless and cruel. They just didn’t know that mental illness isn’t funny.”

Despite the passage of more than three centuries, our attitudes seem to have only gotten slightly better. Whether we collectively accept this or not, the brain is an organ like any other part of the human body; as such, it is capable of getting sick and requiring medical attention. Just because a celebrity like Jake Lloyd, Amanda Bynes, or Charlie Sheen seems to have the wealth and fame necessary to treat these conditions, that doesn’t mean that they are capable of doing so – and, if the long list of high-profile meltdowns from public figures is any indication, very often they aren’t. In fact, it wouldn’t be surprising if one of the reasons celebrities don’t seek the help they need is because they know there is a stigma attached to mental illness. If Lloyd had been diagnosed with a terminal illness, the likelihood is that his plight would have been received sympathetically. It’s easy to imagine that - knowing how  a mental health problem will be greeted as shameful and deserving of ridicule – famous men and women might feel especially compelled to conceal them from the public, or deny their reality to themselves.

While individuals like Jake Lloyd may be the most high profile victims of these cultural attitudes, everyone who struggles with mental health problems winds up suffering as a result. If we want to truly progress as a society, we need to recognize that laughing at mental illness is as deplorable as mocking someone with AIDS or cancer or Parkinson’s Disease or any other physical ailment. We are better than this— or, at the very least, we should be.