The Bryan Adams factor: One singer canceling a show won't stop a hate bill, but these actions add up

When artists move against discrimination bills and laws, they reach voters who might not normally notice 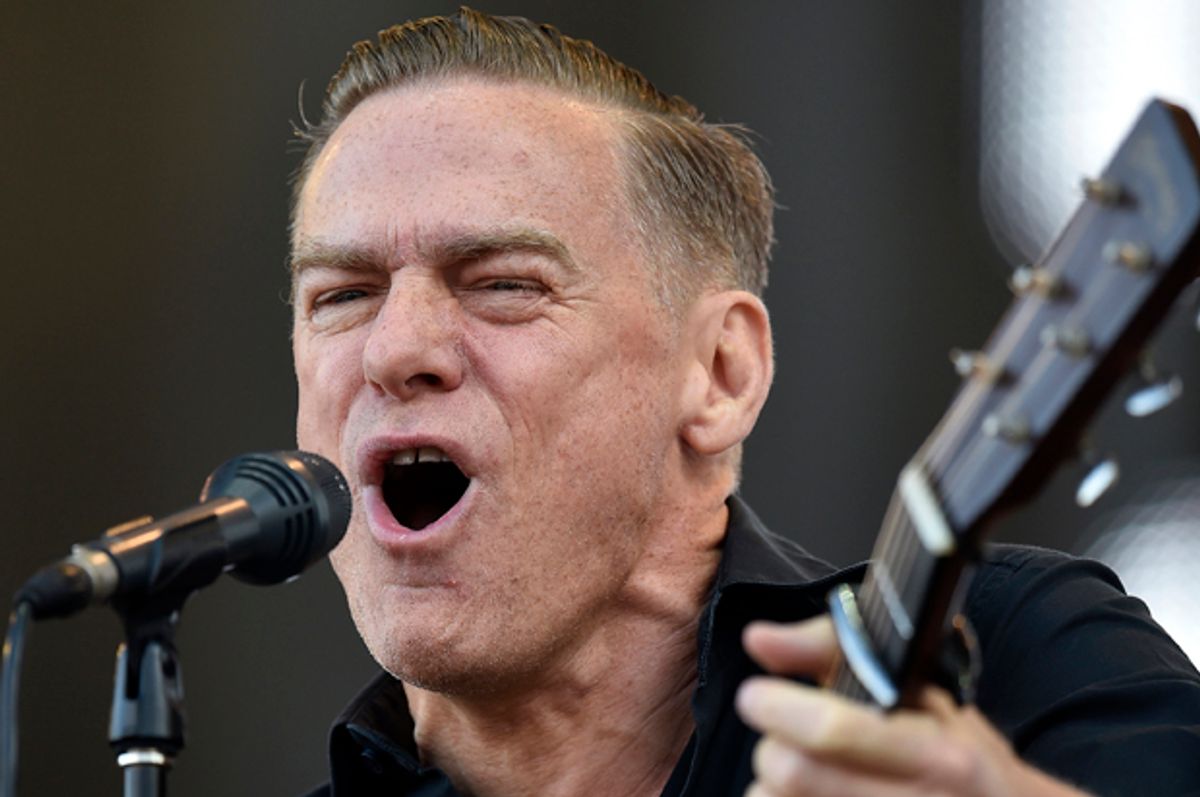 In the wake of the passage Mississippi’s horrifying anti-LGBT “religious liberty” law, House Bill 1523, some commentators have argued that boycotts against the state are unlikely to effect how they govern. Here at Salon, Nico Lang noted that no upcoming films are slated to shoot in the state, nor do any Fortune 500 companies have headquarters there. Caitlin MacNeal at Talking Points Memo (TPM) emphasized that due to Mississippi’s economic, political and cultural makeup, it’s unlikely to be swayed by corporate boycotts until citizens’ minds become more accepting of LGBT rights.

Yet entertainers and companies are rushing to make it clear that they don't in any way condone the horrifying implications of this law, which basically gives carte blanche to a wide variety of professionals to discriminate against LGBT people in the course of their jobs, as long as they are doing so based on “a sincerely held religious belief or moral conviction.”

Singer Bryan Adams announced Sunday that he had canceled his upcoming show in Biloxi, writing on Facebook, “I find it incomprehensible that LGBT citizens are being discriminated against in the state of Mississippi. I cannot in good conscience perform in a State where certain people are being denied their civil rights due to their sexual orientation. Therefore i’m cancelling my 14 April show at the Mississippi Coast Coliseum. Using my voice I stand in solidarity with all my LGBT friends to repeal this extremely discriminatory bill.”

He’s among a chorus of voices speaking out recently. As highlighted by LGBT rights organization Unity Mississippi on Twitter, smartphone accessory company Nomad Goods didn’t mince words when it revealed on Instagram it will no longer ship products to Mississippi, complete with prominent use of the #fuckmississippi hashtag. Numerous mayors of major cities including New York, Philadelphia, Seattle, Portland, Oregon, Honolulu and Santa Fe have formed the group Mayors Against Discrimination, and as part of their efforts have banned official travel to Mississippi and North Carolina, which also recently passed its own discriminatory law intended to roll back the rights of transgender people.

Prominent cultural leaders from Mississippi have also voiced opposition. Out lesbian “Good Morning America” co-anchor Robin Roberts, who appears on the cover of a current Mississippi tourism guide, shot prior to the passage of HB 1523, told The Advocate, “My longtime partner, Amber, and I have always felt welcomed in my home state, and it hurts my soul to think of anyone not feeling welcome.” 85 Mississippi writers, including John Grisham, Donna Tartt and Jesmyn Ward, signed a public statement outlining their opposition, which reads in part, “It is deeply disturbing to so many of us to see the rhetoric of hate, thinly veiled, once more poison our political discourse. But Governor Phil Bryant and the Mississippi legislators who voted for this bill are not the sole voices of our state. There have always been people here battling injustice. That's the version of Mississippi we believe in, and that's the Mississippi we won't stop fighting for.”

Each celebrity, business owner and politician who speaks out about this bill is helping to create awareness and change. Is that going to happen overnight? Of course not, but in the process of speaking up about this particular law, they are also sending a message to other states considering passing such laws that they too would likely be next in line for a boycott.

That’s precisely why LGBT media advocacy group GLAAD held a press conference today in Nashville to urge musicians to speak out about a pair of discriminatory Tennessee bills being considered by the state legislature; one bill would allow mental health counselors to refuse to treat LGBT youth while the other is an anti-transgender “bathroom bill.” According to The Hollywood Reporter, GLAAD president and CEO Sarah Kate Ellis said, “Nashville is America’s music capital, and the companies, artists, and allied businesses here alone contribute more than $9.7 billion dollars to this state’s economy. I am here today to call on the music industry to stand with us, alongside television networks and film studios who stood with us in Georgia, in a united front against discrimination.” “Nashville” actor Chris Carmack also spoke at the press conference, saying, “This kind of unnecessary discrimination has no place in this city or the state of Tennessee. It’s important for those who can make a difference in my industry to stand up. Let their words be heard. Let their actions be seen. Please join me in making sure these laws doesn’t become a reality in our state.”

Nashville Mayor Megan Barry spoke out against this legislation and specifically cited the negative economic repercussions that could ensue, including a loss of over $10 million in state and local tax revenue and $58 million in “direct visitor spending. She concluded that the results would be devastating for Tennessee, saying, “Our future ability to attract film and television production will also be impacted, and we could expect to see other industry sectors impacted, as well. That’s quite a price to pay for legislation that would seem to hurt people — including some of our youngest and our most vulnerable — without actually benefitting anyone in the process.”

In addition to dollars and cents, this is a battle over ideology, over making it clear exactly what the consequences of these laws will mean for those who will bear the brunt of the discrimination. Megan Robertson, an Indiana GOP operative who helped fight against a proposed ban on same sex marriage in Indiana, told TPM that it wasn’t just corporate pressure that mattered, but how the citizens viewed the issue. She concluded that corporate pressure wasn’t enough “until we were culturally ready as well.”

That’s where cultural arbiters can come into play. When Bruce Springsteen cancelled his North Carolina show in protest of their discriminatory “bathroom bill,” prompting a North Carolina congressman to call him a “bully,” his actions were broadcast far and wide, including media coverage in other countries. By the nature of his fame and his outspoken statement against the law, he reached those who might not have given the bills a second thought.

At the very least, for those concertgoers who’d planned to attend the axed Springsteen and Adams shows, the stars’ decisions will be dinner table conversations. Their actions will likely give artists set to play those states an opportunity to reconsider their decision, and, if they do proceed, possibly speak out on the issue. Already, Adams and Springsteen are being mentioned alongside each other; if other boldface names similarly cancel shows, the impact of their actions will be amplified—and un-ignorable.

Plus, social media posts give users a chance to hash out the issues in a public forum. Granted, that means there are plenty of ignorant, hateful comments like “Bryan Adams, you are an idiot. Really? It is outrageous to you that cross-dressing men can't pee in girl's bathrooms? How stupid. It is scary all the backward, ignorant people applauding you for this stunt,” but there are many supporters who are applauding his stance. Maybe it will even inspire those want to know about the Mississippi law’s particulars to read it themselves and find out just how far-reaching this law actually is.

Boycotting North Carolina and Mississippi is not, of course, the only way to create social change; it’s one way, amongst many others. Mississippi restaurant owners are being encouraged by the Mississippi Hospitality & Restaurant Association to hang “Everyone’s Welcome Here” signs in their doorways. Until that statement is actually true across the state, we can only hope that more celebrities, companies and politicians are inspired to make their stances on LGBT rights loud and clear.