The GOP vs. the pursuit of knowledge: Inside the Republican crusade against science

Republicans have increasingly not just alienated scientists, but have even worked to destroy their field 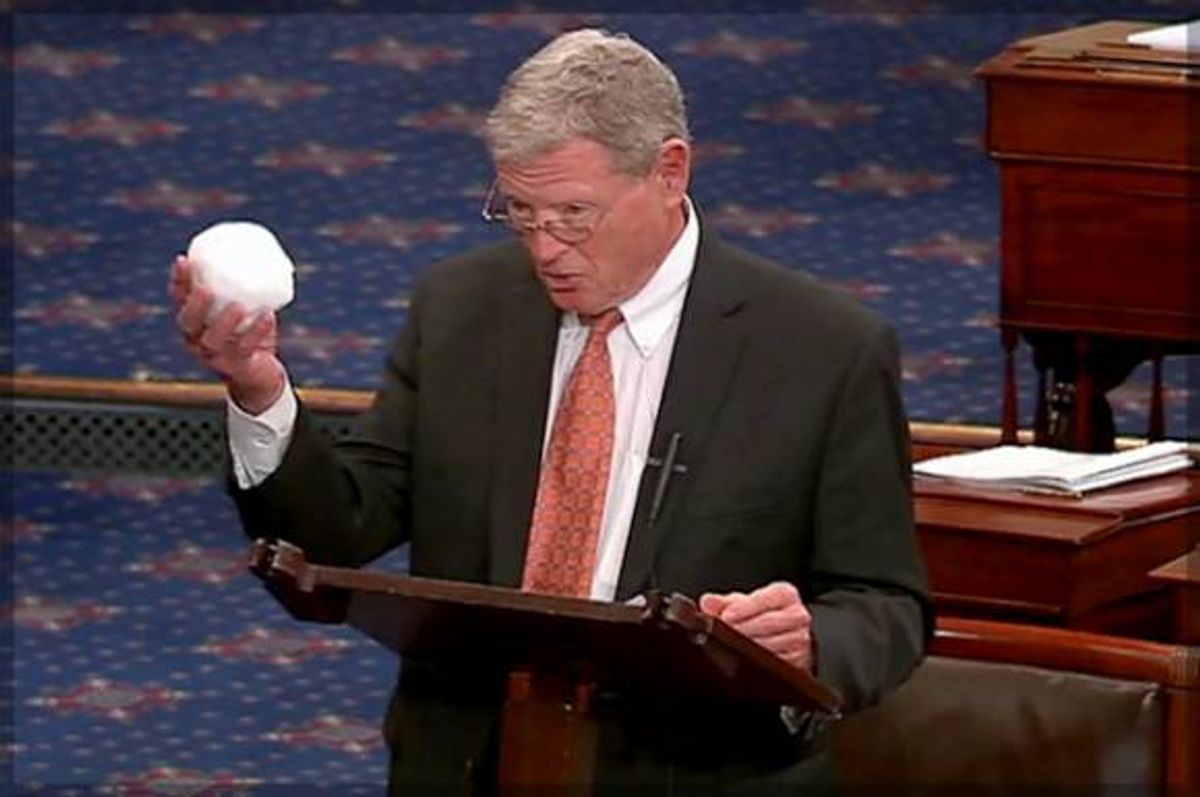 Why are scientists so much more likely to identify as Democrats? While there are many explanations for why scientists reject the Republican party, we propose a rather simple one: Scientists have views that better line up with the Democratic party and Republicans have taken positions that are increasingly damaging to human scientific progress. Our research finds that people who have negative feelings about scientists are more likely to identify as Republican, raising concerns about the future of science.

The ideology of scientists

What do scientists believe? A 2009 Pew study finds scientists are more likely to disagree that government is wasteful and agree the government should take care of those who can’t support themselves. Scientists are dramatically less likely to agree that “we have gone too far in pushing equal rights in this country” and that “the best way to ensure peace is through military strength.” That is, on all the issues Pew studied, scientists had preferences closer to the preferences of the Democratic party than the general public did. In addition, there is some evidence that those with high levels of education, particularly graduate degrees, are more likely to be progressive on many core issues, and to be more tolerant of social change. Thus, one clear reason that scientists are more likely to vote Democratic is because of their political preferences. But this is only part of the story.

The right’s dangerous views about science

Even if they disagree with Democrats on some issues, academics may support Democrats because Republicans have engaged in a war on higher education and science that threatens scientific research. One recent Pew study finds that the party preference and ideology strongly predicts key questions related to science. Democrats are more likely to say that the earth is warming due to human activity, that government funding for basic science pays off (Republicans are more likely to say it’s not worth it) and accept the science of evolution. The right has stirred up anti-intellectual sentiments that have led many supporters to reject science and show disdain for scientists. Using data from the American National Election Studies 2016 pilot survey, we find a strong correlation between an individual’s feeling toward scientists and their support for Democrats, even after controlling for age, gender, race/ethnicity, and education level. As the figure shows, on a scale of 0 to 100 (where 0 is “very cool” and 100 is “very warm”), people who express warmer feelings toward scientists are much more likely to be Democrats, rather than independents or Republicans. Threats to the future

A 2014 Politico article by Maggie Severns detailed how what had until recently been an issue with bipartisan support fell victim to Republican extremism. She reports,

“GOP House members have had little success reining in research agencies so far, but, emboldened by their growing majorities, they’re hoping for better luck next year. They plan to push proposals to cut funding for global warming and social science research, put strict new rules on the National Science Foundation’s grant-making process and overhaul how science informs policy making at the EPA.”

The result is that funding for science has dried up. As a share of GDP and the total budget, federal spending in R&D has decreased dramatically in the last decade. R&D funding was slashed by $24 billion between 2010 and 2014 in the United States, while other countries started spending more as a share of GDP.  Already, the United States has slipped behind other countries in areas of research it used to lead. A recent Massachusetts Institute of Technology study details fifteen areas of research where America is rapidly falling behind because of slashed funding, including Alzheimer’s research. In a recent Pew study, 83 percent of scientists said that federal funding is harder to get than it was five years ago, while only 2 percent said it was easier. That’s because of the efforts of one party.

Worryingly, Republicans often threaten science because they simply don’t understand, or refuse to understand why it’s important. Examples of egregious government waste are more often than not, genuinely important research. Severns reports that,

Research placing shrimp on treadmills was lampooned by Republicans, but it is part of important research on how marine organisms react to ecosystem changes, which has important implications for food safety. But in other cases, there are less benign motivations for cutting research spending. For instance, big fossil fuel donors have an interest in the government doesn’t take action on climate change. The GOP has tried to slash the NASA budget to prevent it from researching climate change. ExxonMobil has continued to fund climate denial, even after promising not to and after evidence surfaced that it has known about the existence of global warming for nearly four decades.

Gun manufacturers and anti-gun control activists have fought to ensure the National Institutes of Health and Center for Disease Control don’t research gun violence. And, while much of the discussion surrounding campuses has centered around students protesting racism, a more important story is the right wing attacks on public university funding. Perceiving the universities as bastions of liberalism, the Koch Brothers and other big money donors have sought to infiltrate them and slash funding for departments seen as hostile to their agenda.

When Cato Institute CEO John Allison was the President of BB&T Bank, he invested money funding programs on the “morality of capitalism.” In a statement he wrote that funding such programs is, “clearly in our shareholders’ long-term best interest.”

When conservatives can’t take over the university, they work to destroy it. Research suggests that when a Republican is elected governor or a state’s legislature becomes more Republican, spending on higher education is decreased. The tenures of Brownback, Jindal and McCrory are illustrative of the GOP’s priorities: tax cuts for the rich, funded by cuts to public services and higher education.

Much has been written about why scientists favor Democrats. The explanation is rather simple: Scientists are more broadly in line ideologically with the Democratic Party. But there are two other factors that are accelerating the trend. First, the increasing extremism of the Republican Party, and its fealty to the donor class has led it to embrace positions outside the mainstream. Second, both the GOP base and legislators take an increasingly antagonistic view of science and scientists. Their work to delegitimize science raises deep concerns about the ability of academics to influence important public debates. So far, science funding has still remained largely outside the partisan fray: NASA still has high support and ANES 2012 suggests that the majority of Republicans support increasing science funding or keeping it the same, with only 18 percent favoring cuts.But that seems unlikely to remain the case.