The comedian revealed that he lost millions on the show, which not enough viewers are buying a la carte 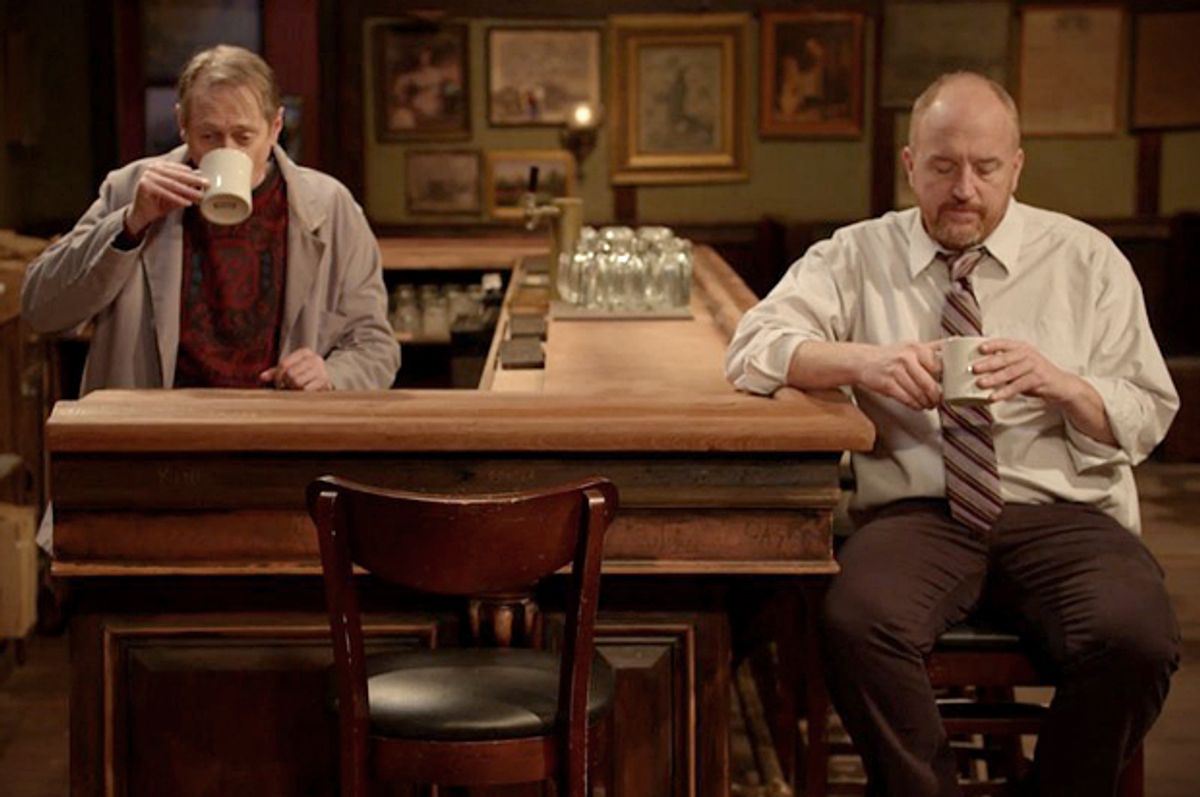 Steve Buscemi and Louis C.K. in "Horace and Pete" (louisck.net)
--

As often happens with the web, there’s good news and bad news as television shifts online. The spirit of the age tells us that everyone should go it alone, that entrepreneurial individualism is more important than being part of a larger team, that we all need to unbundle.

But Louis C.K. has learned the hard way that it doesn’t always work. Even with a series that’s smart, well-acted, topical, and ambitious.

C.K.’s show “Horace and Pete” is about as close to the classic American theater of Eugene O’Neill as television offers. Taking place in a century-old, family-run Brooklyn bar, it’s a show in which politics, class, race, gender, gentrification, tradition, family turmoil, and various painful aspects of the generation gap are worked out in natural, unforced ways. The kind of conflicts and honest talk that a lot of shows wait half an hour to build to come every few minutes on “Horace and Pete.” It features actors as good as Steve Buscemi, Alan Alda, Edie Falco, and Jessica Lange. And while it’s certainly not a comedy, it’s often funny in a kind of uncomfortable and revealing way. (The bar’s policy of charging hipsters more for their drinks is one of several brilliant bits.) It makes a barroom-set show as good as “Cheers” look shallow.

It even has an intermission.

But C.K. has apparently lost millions on the show, which costs about $500,000 per episode to make. He sells his standup performances as audio files online – you can buy his Madison Square Garden show, for instance, from his website for anything from $1 to $85. Episodes of “Horace and Pete” costs between $2 and $5 apiece. And not enough people bought them.

Not one to suffer silently, Louis C.K. went ahead and spread his financial burdens around on The Howard Stern Show today, revealing that making Horace and Pete left him several million dollars in debt. Basically, his debt is our bad, C.K. explained, because fewer people bought the show than C.K. was (literally) banking on.

So what went wrong? According to Variety, it turns out C.K. turned down a chance to offer the show to FX – where he has a first-look deal -- for financing, hoping that his own visibility on television and on his site would drive traffic. He’s one of the biggest stars in comedy, but apparently it’s not enough to make a show with sets, actors – a piece of theater – pay for itself.

The unconventional style of the show and the way he delivered it turned out to be a mixed blessing. Doing it himself meant that instead of months of promotion, the way a network would have handled things, the show dropped without warning: This gave it a freshness.

But whether it was because of his own ego, faith in Internet utopianism, or just plain optimism, he clearly didn’t make the sharpest business decision. When people are paying something close to $200 a month for cable, Netflix, Hulu, and Amazon Prime, they’d have to be pretty serious Louis C.K. fans to pay even an extra few dollars for an untested TV dramedy.

C.K. says he’ll try to take the show to a network or another kind of platform and aim to have the show pay for itself that way, so maybe between that, an Emmy push, and TV appearances flogging the series, the whole thing will have a happy ending.

So Louis C.K. miscalculated here, but he gambled on making art with brilliant collaborators, so let's not beat up on him. “Louis will be begging for money at Port Authority,” Stern joked on his show. Okay, a little teasing is okay.

“Horace and Pete” is bare-bones genius, and if its creator didn’t make the money work as well as he could have, can’t we be glad he tried something new? Here’s hoping C.K. finds a more pragmatic way to make it work, and doesn’t let the jeering keep him from weird projects like this one.