Not all greenery is good: 10 hazardous houseplants to watch out for

These plants can make you, your children and your pets sick, or even kill you if ingested 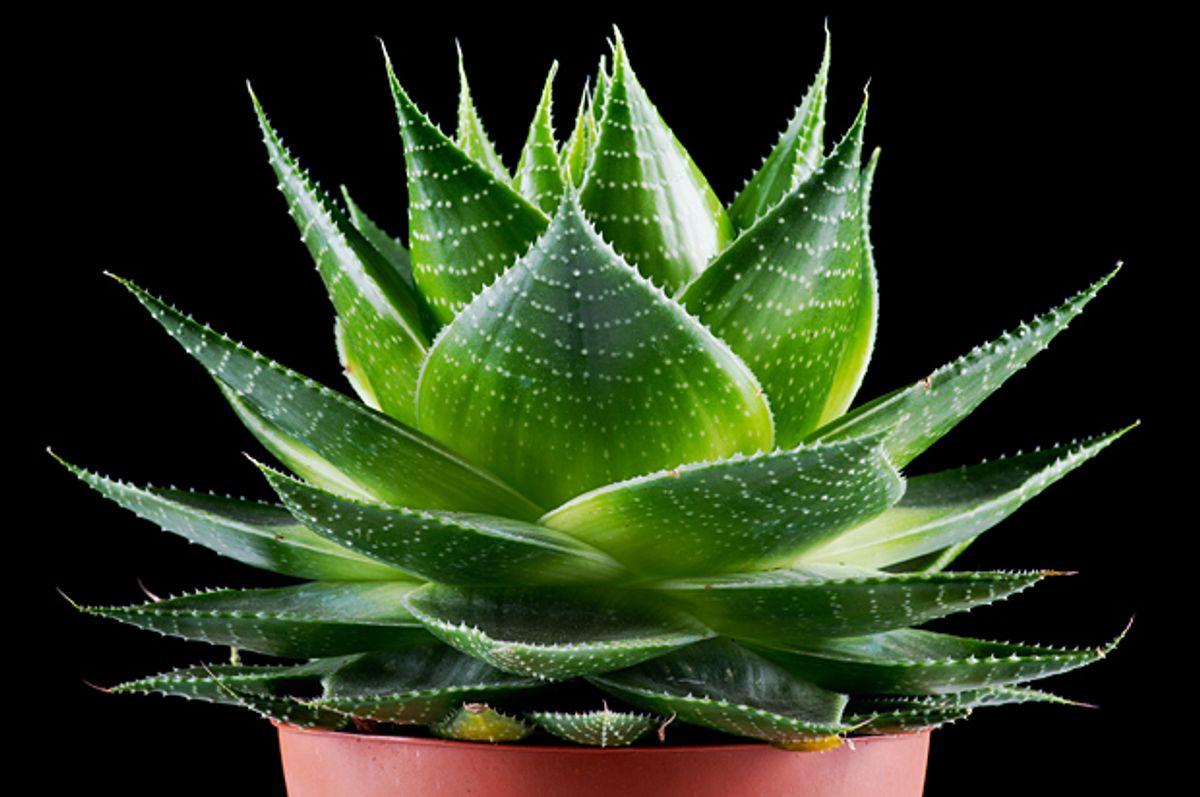 Few things make a home more hospitable than houseplants. For any home, but especially urban apartments lacking outdoor space, living indoor greenery often spells the difference between homey and hostile. Not only do houseplants provide a treat for the eye, they can also be a treat for the body. Because of the confined space, indoor air is more polluted than outdoor air. Indoor plants can help purify the air in your home, removing harmful pollutants and volatile airborne chemicals that can aggravate allergies and even make you sick. Common houseplants like English ivy, aloe vera and snake plants are excellent at removing air pollutants indoors. But beware: These same plants can make you, your children and your pets sick, or even kill you, if ingested. Many indoor plants are poisonous, and children and pets, both prone to putting things in their mouths, are especially at risk.

Here are 10 houseplants to be wary of:

The snake plant is one of the most popular indoor plants because it grows tall, thrives under almost any conditions, requires no green thumb to keep alive, and is an excellent indoor air purifier. Snake plants are especially good at reducing formaldehyde (released into the air from such household items as particleboard and plastics). Unlike most plants, they also absorb carbon dioxide and release oxygen at night rather than the daytime, making them a good bedroom companion for some fresh oxygen during bedtime. Also called mother-in-law’s tongue, the snake plant is traditionally considered a good-luck plant. But it might not be such good luck if eaten by your pet, causing excessive salivation, vomiting, diarrhea, and pain in dogs, cats and rabbits.

The aloe plant is a popular houseplant that is efficient in clearing the indoor air of formaldehyde, as well as benzene, both of which are released into the air from household cleaners as well as certain plastics. The succulent juice from the aloe has been used for centuries to help heal burns and wounds, and the juice is also an excellent digestive aid. While the inner gel is the good stuff, the outer skin of the aloe is mildly toxic and extremely irritable to the skin as well as the intestinal system. It won’t kill your pet, but it will probably make her pretty queasy.

The lovely yellow daffodil is a beloved plant, especially since they bloom in the spring, signaling the end of the long winter months. Looks are deceiving, however, since they also happen to be highly toxic. Ingestion of the daffodil can cause severe stomach issues, including pain, vomiting, and diarrhea. Worse, they can cause a spike in blood pressure, irregular heartbeat, tremors, and sometimes even death.

Lilies, some of the most beautiful flowers in the world, are also one of the most hazardous. While not all lilies are toxic, many are, including the Easter lily, the tiger lily, the day lily, the calla lily, and the Asian lily. The calla lily is especially dangerous to kids, causing stomach upset, vomiting, skin irritations, blurred vision, and headache. Cats are particularly susceptible to lily toxicity. Symptoms include lethargy, vomiting and appetite loss. Kidney and liver failure are also possible, and death likely without immediate treatment.

Despite its name, the peace lily is not actually a member of the lily family. Peace lilies are easy to care for, survive in low light and are terrific in removing three of the most common indoor pollutants, formaldehyde, benzene and trichloroethylene, from the air. Unfortunately, they are also very toxic and can cause, in humans, burning and swelling of the lips, mouth and tongue, nausea, vomiting, diarrhea, and difficulty swallowing. Ditto for pets, with the addition of dehydration and the possibility of renal failure leading to death.

Philodendrons are great at removing formaldehyde from the air, and are hearty plants easy to care for. Unfortunately they are also poisonous. They contain calcium oxalate crystals, which are toxic to humans and animals. While in most cases only mildly dangerous to humans, causing skin irritation, as well as mouth and intestinal swelling, philodendrons are exceedingly dangerous to pets (cats more than dogs), with ingestion causing spasms, seizures, pain, and swelling.

The dieffenbachia, also called dumb cane, is a close relation to the philodendron, and like its cousin, contains calcium oxalate crystals. Because it is a large plant, it is more likely to be floor-bound, making it more accessible to kids and pets. Although considered only mildly toxic to humans and animals, ingestion can cause mouth pain, excessive salivation, and burning, swelling, and numbness of the throat.

Another formaldehyde eater, pothos is a popular easy-to-care-for indoor plant. However, pothos is also known as devil’s ivy, and for good reason. In people, ingestion of pothos is considered only mildly noxious, but it can cause mouth burning, skin irritation, vomiting, diarrhea, and swelling of the lips, tongue and throat. For pets, it is even worse, causing similar symptoms but leading to kidney failure and possible death.

Oleander is a lovely and delicate flowering plant that you might want to reconsider having around. Ingestion of as little as one leaf, or the nectar from one flower, can cause irregular heartbeat, dizziness and tremors in humans. Deaths have been reported from consuming oleander, and children are especially vulnerable. Pet symptoms include arrhythmia, vomiting and cold extremities.

Caladium is a South American plant, also called elephant ear or angel’s wing. While easy to care for and popular, all parts of the caladium are poisonous to humans and pets. Eating any part of the plant can cause burning along the digestive tract, swelling, disruption of breathing, speaking and swallowing, and closing of the throat. Death may result. In pets, symptoms include nausea, vomiting, breathing difficulty, difficulty in walking, head shaking, and excessive drooling.

It is possible to enjoy the benefits of many of these plants without the risks, as long as precautions are taken.

This article originally appeared on alternet.org