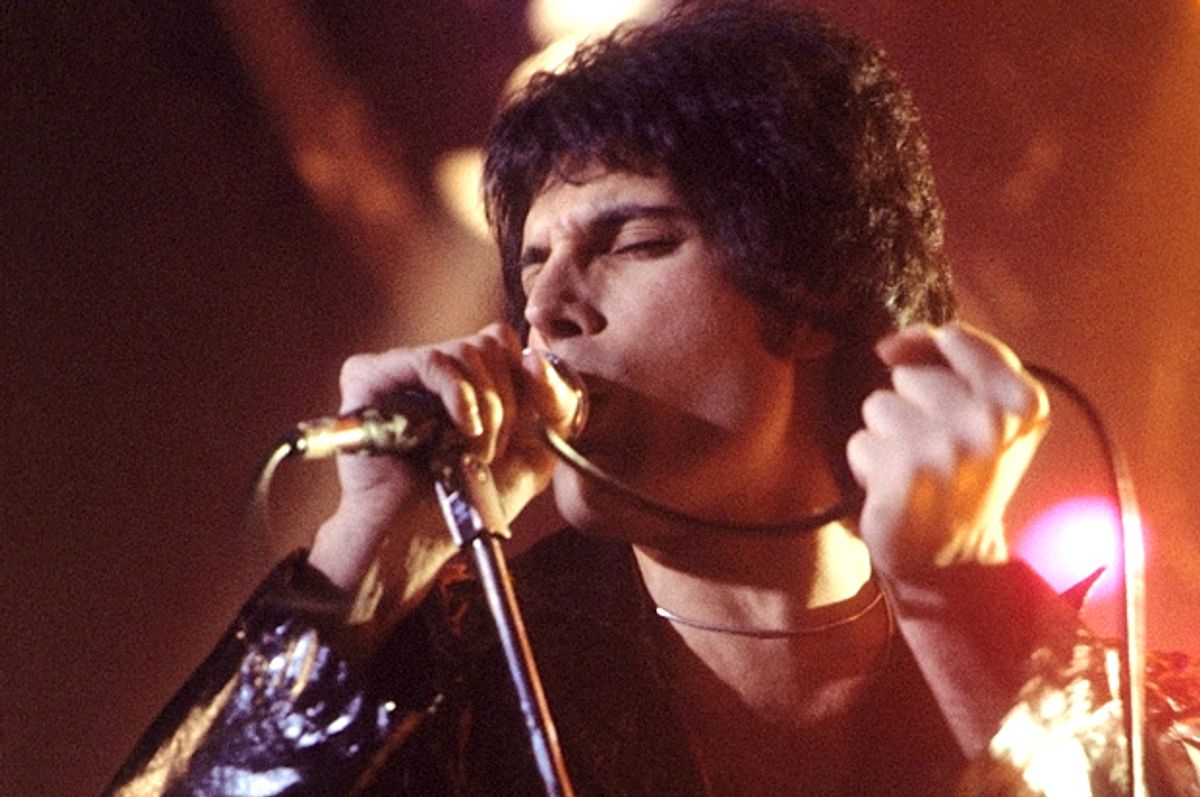 Land on a mainstream classic rock radio station anywhere in the U.S., and chances are it'll sound quite a bit like classic rock radio everywhere else. There's a good reason for this: In many cases, playlists are determined not by individual DJs or regional flavor, but by programmers or consultants. Plus, there's an aversion to challenging listeners, as there's a commonly held theory in radio that people will turn off things that are unfamiliar. In other words, radio would rather reinforce tastes than cultivate new ones.

Fred Jacobs, the man responsible for pioneering the classic rock format, explored this phenomenon in a piece called "The State of Classic Rock Is….," in which he also criticized the lack of overall new music discovery on radio. "Radio could play a major role – albeit a different one that it used to play – in the curation and exposure of new music," he wrote. "But it is so busy playing it safe – playing defense – that it is has lost sight of its unique ability to provide perspective, context, and fun to music that is new and emerging." Jacobs went on to compare radio to football's prevent defense, noting "that’s essentially how [it's] played the game against Internet pure-plays since streaming first became a new way to enjoy audio. Rather than continue to play a lead role and take advantage of its ubiquitous – and free – position in the musical ecosphere, radio hunkered down, played it close to the musical vest, and has become less and less relevant from a musical exposure point of view every year."

Still, just how narrow is mainstream classic rock radio these days? To set a baseline, Salon pulled up stats for the 71 radio stations monitored by Nielsen BDSradio that identify as classic rock. For the week of April 4-10, both Cheap Trick and Steve Miller Band saw obvious airplay bumps for "I Want You To Want Me" and "The Joker" (respectively), no doubt because of each act's Rock & Roll Hall of Fame inductions. Yet there's clearly no correlation between artist popularity and airplay: The most-played Beatles song, for instance, is "Come Together," which landed at No. 178 with 194 spins, while Elton John's most-spun tune was "Rocket Man," at 139 times, which was good enough to place at No. 286. Bruce Springsteen's most-spun song, meanwhile—with a whopping 100 plays, good enough for No. 399—was "Glory Days." There were some odd anomalies, too: For example, Billy Squier's "Lonely is The Night" landed at No. 73 in airplay spins for the week, and placed well above his higher-charting AOR and pop crossover hits.

Unsurprisingly, the chart's also a sausagefest. There are only five women musicians in the whole top 100: Heart's Ann and Nancy Wilson, Fleetwood Mac's Stevie Nicks and Christine McVie, and Joan Jett. (Pat Benatar sneaks in at No. 118 with "Heartbreaker.") The chart also features plenty of repeat acts. Queen and Pink Floyd each have seven songs in the top 100 airplay chart, while AC/DC has six and Van Halen checks in with five. Led Zeppelin, Def Leppard, ZZ Top, the Rolling Stones, Tom Petty and Journey have four songs each. In other words, just ten acts account for nearly 50% of the most-spun songs last week—a consolidation of power and influence that doesn't exactly favor or point to playlist diversity.

Adding deeper album cuts (or lesser-remembered singles) and expanding the definition of classic rock to include more bands would also help. But perhaps more important, mainstream classic rock radio needs to de-emphasize some of the staple songs that have been spun to death over the years. After all, all of these songs can be streamed on-demand or cued up as an MP3 these days, making their radio ubiquity maddening, if not lazy.

Here are 10 classic rock songs, all of which appear in the Nielsen BDSradio Top 100 from last week, that need to be retired (or at least severely de-emphasized) from heavy rotation.

Although the song's dystopian disco and anti-authoritarian vibe meshes well with the U.S. political climate at the moment, its overly simple themes and lyrics—not to mention grating children's chorus—ensures it needs a break from heavy rotation.

Increase airplay for: Superior songs from "The Wall" such as "Run Like Hell" (No. 132) or more futuristic, forward-leaning Pink Floyd songs such as "Welcome To The Machine" (No. 519).

The Southern rockers seem like a two-hit wonder the way "Sweet Home Alabama" and "Freebird" are cycled in and out of radio playlists. However, the band has plenty of other tunes in the top 1000 airplay chart—12 in all—making even a little more parity very easy to achieve.

"We Will Rock You" and "We Are The Champions" are perfect sporting event staples, but in context with classic rock radio sound like the equivalent of shtick. A groundbreaking band such as Queen deserves better than that.

This song's pop culture renaissance (and saturation) means it now pops up everywhere from baseball games to TV shows, and no longer needs to have such a dominant place on classic rock radio.

Osbourne has had a long and storied career, both with Black Sabbath and as a solo artist, but his first solo single—which addresses the paranoia wrought by the Cold War—remains his most popular. While inarguably influential, the outsized attention given to this song has made it sound like nails-on-a-chalkboard when it's aired—unfortunate, since the late Randy Rhoads' guitar work on it shouldn't be taken for granted.

It's frustrating that after "Panama," the Van Halen song that received the most airplay in the past week is the band's Kinks cover. Sure, it's the quartet's first widely known single, but the band's early albums possess myriad songs that are simply better representations of what makes Van Halen great. (And the mighty "Eruption," which often precedes "You Really Got Me" on the radio, receives only 185 spins, so it's not as though the Kinks cover is aired as an excuse to highlight Eddie Van Halen's soloing skills.)

The Aussie hard rockers are (deservedly) all over the airplay chart, but the popularity of this 1976 tune is a head-scratcher, since it's not nearly as clever or anthemic as other AC/DC songs.

One of the other weird quirks of the airplay list is how few Eagles songs rate in the Nielsen BDSradio top 100. There's "Hotel California" and "Life In The Fast Lane," and then nothing until "Already Gone" lands at No. 191. Sure, the Eagles' music is decidedly mellower than most on the radio these days, but the pinpoint harmonies and Laurel Canyon breezes of the band's hits are a nice antidote to the aggression.

"Sympathy For The Devil" is a dynamic album track and a seismic songwriting leap forward for the Stones, but the impact of the song's chronicle of evil has been dulled over the years due to overplay.