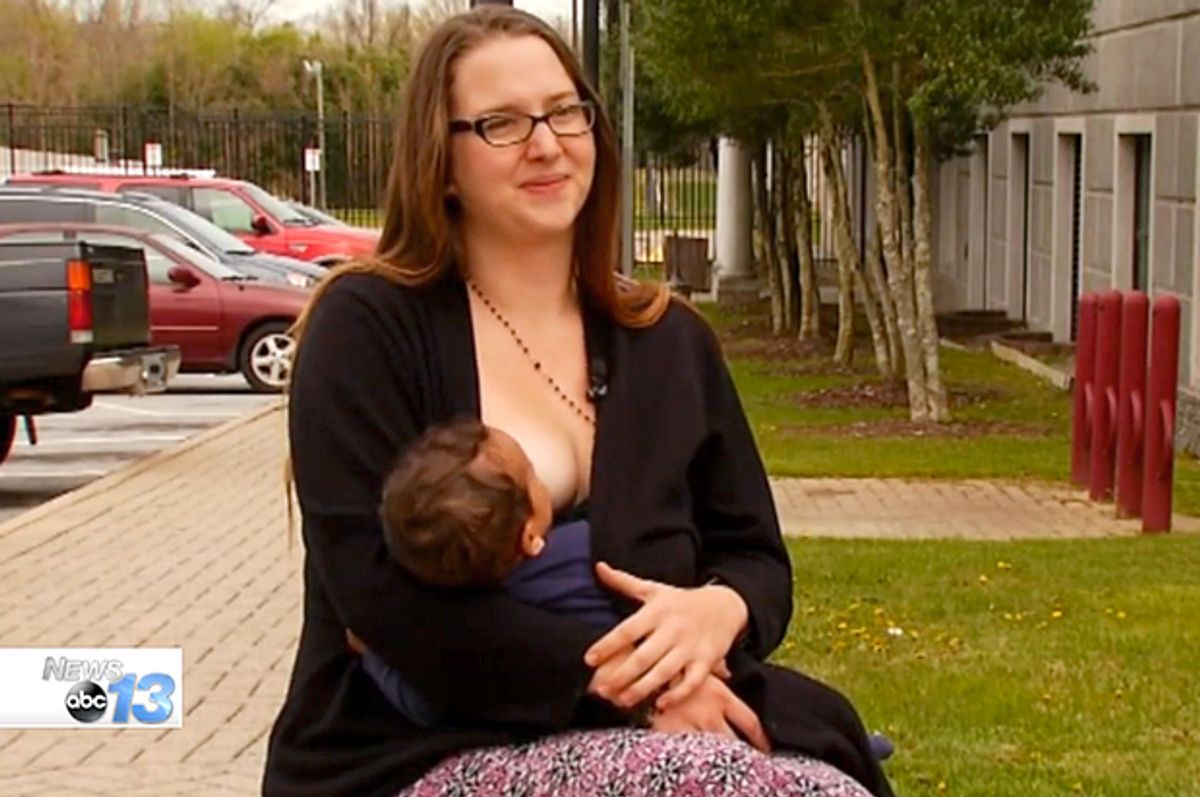 Rhodus was present as a defendant against her mother, who has custody of her oldest son, who is 8.

While waiting to take the stand, Rhodus began breastfeeding her son and continued to do so when her hearing started. Judge Peter Knight then told her she needed to "cover up" and that, "For you not to realize that is absolutely ridiculous."

"Step outside, and cover up right now," Knight ordered Rhodus. "Stand up, and go."

Rhodus complied, but Archer wasn't too happy about it.

"After I stopped feeding him, he became distressed and fussy and agitated," Rhodus said. "It made the rest of the proceedings pretty difficult."

Knight ultimately denied Rhodus custody of and contact with her eight-year-old son, a ruling Rhodus believes was influenced by her breastfeeding, which is entirely legal to do in North Carolina.

Rhodus said she plans to appeal the ruling next week and, again, bring Archer with her to the courtroom.