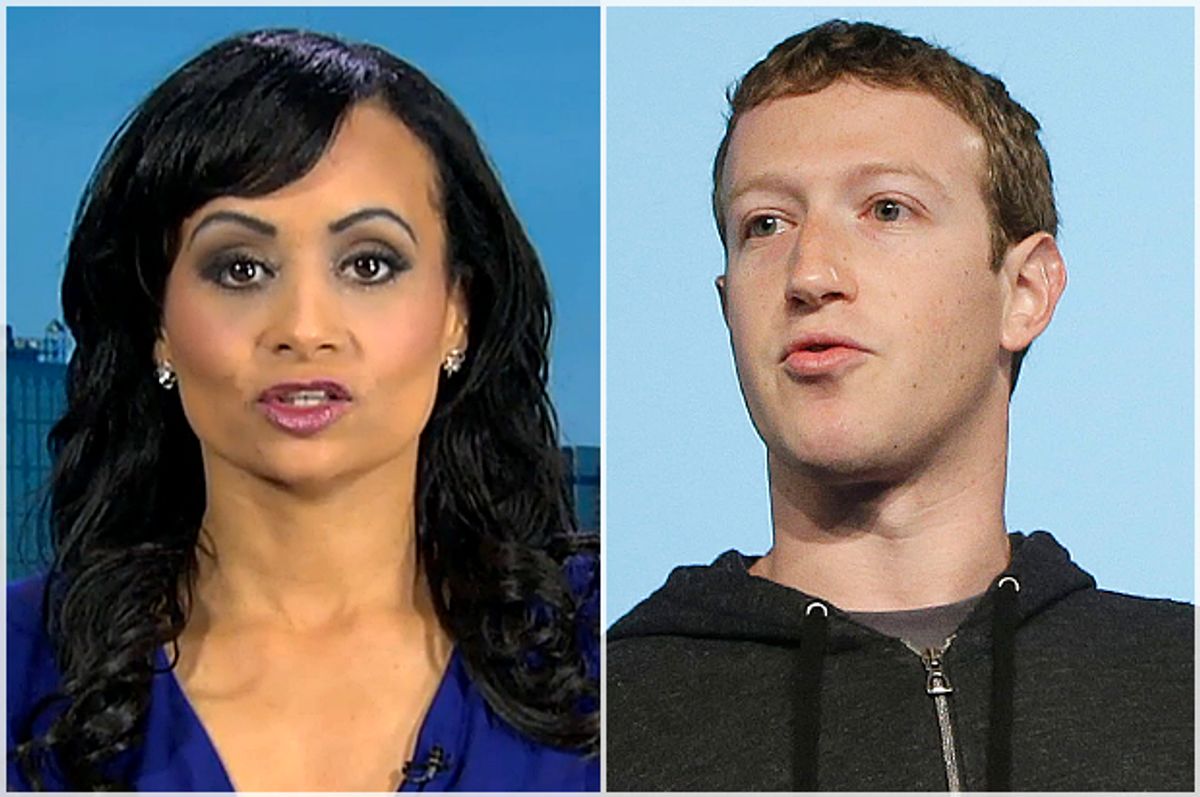 Trump has spoken repeatedly about building a wall on the border with Mexico to help control the flow of immigrants into the country.

"Self-righteousness isn't very proactive: We can talk about taxes, we can talk about jobs and even immigration, but that doesn't really put food on the table and save lives," Pierson told CNBC's "Squawk on the Street."

"I think I'll take Mark Zuckerberg seriously when he gives up all of his private security, moves out of his posh neighborhood, and comes live in a modest neighborhood near a border town, and then I'm sure his attitude would change," she added.

At Facebook's F8 developer conference on Tuesday, Zuckerberg said he was opposed those seeking to build walls. In addition to immigration, Zuckerberg was also referencing Internet censorship in countries like China, where Facebook is blocked by the "great firewall."

"As I look around and I travel around the world, I'm starting to see people and nations turning inward, against this idea of a connected world and a global community," he said. "I hear fearful voices calling for building walls and distancing people they label as others. For blocking free expression, for slowing immigration, reducing trade, and in some cases around the world even cutting access to the internet."

Pierson said that Silicon Valley should stick to what they know —technology— and stay out of politics.

"The CEOs in Silicon Valley should focus on innovation and jobs and their businesses and let the politicians make their policies," Pierson said. "It's great that we can have innovation in this country, but you should be able to do that without putting the lives of Americans at risk."