Hillary Clinton's superdelegates should stop whining: Why Sanders supporters have every right to challenge their super-votes 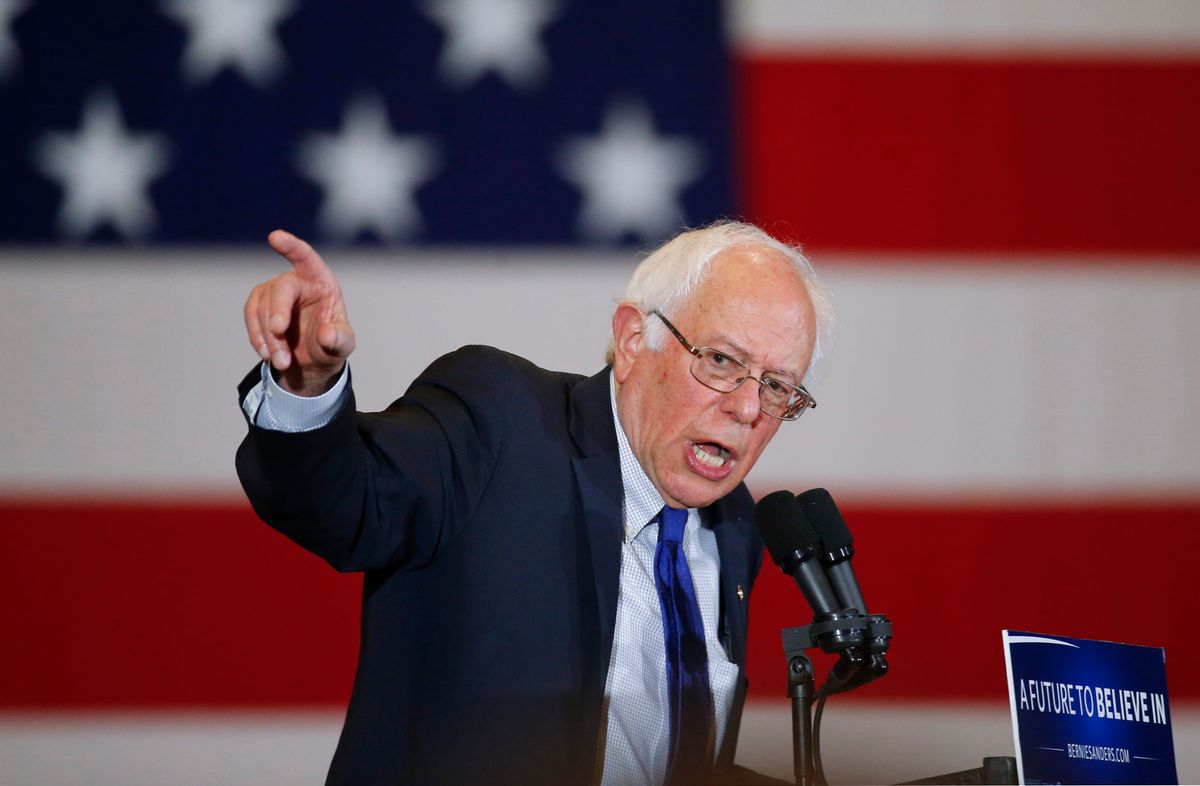 Bernie Sanders supporters are making phone calls and writing angry notes to superdelegates because Hillary Clinton has locked down an overwhelming number of these above-average-and-very-important Democratic Party voters. Some are upset and claim that it’s harassment, and in so doing are providing the media with its latest opportunity to paint the median Sandernista as an overly passionate and ill-mannered crank with interpersonal skills honed in 4chan.

The party would prefer a quiescent populace. Reporters feel their pain.

“I have heard many complaints from other unbound delegates to our national convention in Philadelphia," wrote superdelegate Bob Mulholland in a letter to Sanders, "about getting harassing emails, Facebook postings and phone calls, even to one woman at 10:30 at night, from some of your supporters, demanding that we support you.” Mulholland went on to state that he himself has not received any harassing phone calls. “We would expect this type of bullying tactic from Trump supporters.”

Mulholland, whose well-publicized letter also accuses Sanders of “coming across as shrill” and mocks him for being new to the party, is a longtime figure in California's Democratic Party, whom the Los Angeles Times in 1992 noted had a penchant for “dirty politics.” To wit: He was once suspended by the state party for alleging that a Republican U.S. Senate candidate “had visited an all-nude Hollywood strip joint and was a customer of an adult newsstand.”

The backstory is this: A flurry of the reporting on Sanders fans’ bad manners came after one created a “Superdelegate Hit List” so that others could pressure these party elites who can vote for whomever they like. It was a poorly worded, and since-changed, name. But people do have a right to lobby superdelegates. And it's not like the Democratic Party is the one that's at risk of descending into political violence.

Sure, this is maybe not what superdelegates thought they signed up for. But superdelegates, however unwittingly, are political decision-makers. Just as elected officials are. The manner in which superdelegates differ from elected officials is that they lack any of the latter's legitimacy, wielding power without consent. In the world’s longest-running purported democracy, that’s a bad look. People have a right to protest those who make important political decisions, and that seems especially true when those people weren’t even elected.

To be clear, I’m not excusing anyone who makes threats or advances politically stupid and obnoxious arguments over the phone (the same goes for Twitter, where random stupid people have in recent months attracted a perplexing amount of attention from journalists who spend too much time on Twitter).

The Republican Party’s primary system, an utterly bizarre hodgepodge delegate allotment system, is no doubt undemocratic. The Democratic Party’s is more straightforwardly so, vesting elites with super-votes that guard against the masses mounting the very sort of insurgency being waged by Sanders. Early this week, Samantha Bee downplayed the issue, noting that superdelagates have never thwarted voter will before. That’s missing the point: They’ve never before faced a self-described democratic socialist who just recently became a member of their party. Similarly, Philip Bump at the Washington Post considers the outrage to be ginned up since parties are private institutions that can make their own rules, and because Clinton is on track to win a majority of pledged delegates (i.e., those who, however awkwardly, actually reflect voter will).

“The question that’s worth asking is why supporters of trailing candidates think that democracy is being subverted and who benefits from their thinking that,” he writes. “But we’ll leave that to you to assess.”

Well, here's my assessment. Clinton remains comfortably ahead of Sanders in pledged delegates stemming from primaries and caucuses, and she's winning the popular vote as well. But Clinton’s early stockpile of superdelegate support helped bestow upon her an early air of inevitability, which in turn bolstered her general election electability acumen and contributed to the sense that her primary opponent was too marginal for prime time. This conveyed to Sanders supporters the clear sense that the system is rigged -- which is fair because, as Debbie Wasserman-Schultz and the DNC remind us by their actions and words, it is.

“Unpledged delegates exist really to make sure that party leaders and elected officials don't have to be in a position where they are running against grass-roots activists,” Wasserman Schultz aptly put it in February.

No one likes getting an unwelcome phone call during dinner. I get that. But superdelegates find themselves in the uncomfortable position of having the power to put their very heavy thumbs on the primary scale. Parties can, of course, make their own rules. But that doesn't mean that party members can't find such rules to be outrageous. After all, a lot of rules are: like in 2000, when Al Gore won the popular vote but "lost" the election. If superdelegates don’t want to be in this position again, they should embrace the just cause of their own abolition. It’s quite likely that Sanders will lose. But he will come to Philadelphia with a massive haul of delegates and tons of leverage to kick off the long process of transforming the party. Getting rid of superdelegates should be somewhere near the top of his wish list.