Paul Ryan has 2020 on his mind: As GOP burns, Ryan's decision to stay out of the race suggests he's angling for future run

If Ryan is being honest about staying out of the race, it is likely part of a broader calculation 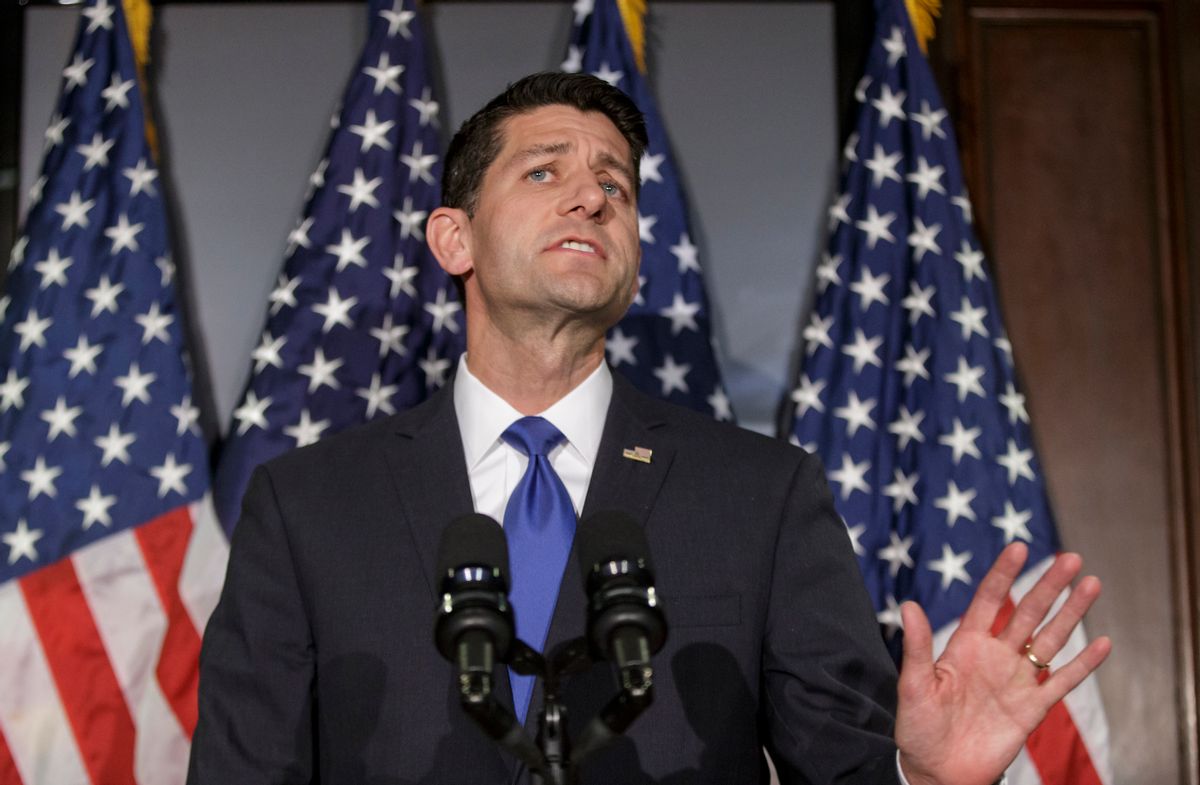 “Let me be clear: I do not want, nor will I accept, the nomination for our party.” – Paul Ryan

Paul Ryan declared Tuesday that he’s not in the running for the Republican nomination. Against the backdrop of a disastrous Trump or Cruz-led ticket, backroom mumblings about Ryan as a savior candidate have percolated in recent weeks. Ryan isn’t nearly the wonkish statesman many Republicans imagine he is, but he is vastly preferable to the cavalcade of clowns currently seeking the nomination.

It’s worth asking whether Ryan’s proclamation can be believed. Recall that days before he accepted the Speaker of the House position he vehemently denied any interest: “While I’m grateful for the encouragement I’ve received, I will not be a candidate.” In light of that flip-flop, Tuesday’s decree feels flat and contrived.

“The fact is that if the convention heads where it looks like it might, not even Ryan can control where it goes. And if it comes for him, can he really balance the honest-broker chairman role at the convention with that of an organically drafted candidate? There’s a plausible scenario where neither Trump nor Ted Cruz demonstrates an ability to lock down 1,237 delegate voters after two, three, four ballots. Then what? ‘Count me out,’ is what Ryan said Tuesday. What happens when the GOP needs to deal someone new in, though?”

Ryan will continue to recycle his talking point about the nominee being someone who actually ran for president, but contrary to what he said on Tuesday, that’s not the “end of the story.” The pressure will be enormous on Ryan if the party can’t settle on a nominee. Of all the conceivable candidates, Ryan may be the only one who can unite a deeply fractured Republican Party. And if it isn’t Trump, who will have the most delegates and votes heading into the convention, nominating someone who Trump didn’t already beat may be the least – and I emphasize least – terrible option for the GOP.

John Kasich, everyone’s favorite milquetoast moderate, may be the most electable of the current candidates, but he’s been beaten badly by Trump and Cruz – nominating him at this point would be an outrage. Cruz has a stronger claim to the nomination, but he’s toxic and a calamitous general election candidate. Shoehorning Ryan into the process at the last minute may alienate less GOP voters than Cruz or Kasich while also giving the party a fighting chance in November.

But let’s assume Ryan really is out. If so, the Republican establishment may as well fold their tents and start preparing for 2020. No other candidate being mentioned has sufficient appeal within the party to avoid a revolt at the convention – Ryan may not either, but he’s their best shot. Romney is a non-starter and none of the candidates who ran will be accepted by the Trump or Cruz coalitions. That leaves the party in an untenable position with no good options. The truth is, it’s Trump or Cruz at this point, and in both cases electoral defeat is a near-certainty.

In view of all this, it’s odd that Ryan would stay out. He’s clearly ambitious and has already run for vice president. His decision may be part of a broader calculation, though. The Wisconsin Congressman is likely positioning himself for 2020. As The Wall Street Journal reported this week, Ryan raised a record $17 million in the first three months of 2016, the vast majority of which went to the National Republican Congressional Committee. This suggests, among other things, that “even if he is not running for president now, Mr. Ryan is working to establish himself as a party leader and could amass a power base from which he could run in 2020.”

If this is indeed Ryan’s plan, it makes a lot of sense. 2016 is likely a lost cause in any case, and the GOP will be desperate in 2020. Better perhaps to wait a few years while the party burns and play the role of White Night after the stench of Trump has subsided.